Alex Kozinski, an eminent jurist who left the federal bench in December 2017 when he was accused of sexual misconduct, has resumed the practice of law in California.

Once a judge on the 9th U.S. Circuit Court of Appeals and a leading conservative legal figure, Kozinski has taken on case work, reactivated his bar status, and claimed an office in Los Angeles County since his abrupt retirement.

A search of the State Bar of California shows that Kozinski’s active status was reinstated on Dec. 19, 2017, one day after he departed from the 9th Circuit. A representative of the California state bar told The Daily Caller News Foundation that judges must reactivate their bar status on leaving judicial service.

Kozinski has also been retained for at least one significant case —  he appears as counsel for the plaintiffs in Zindel v. Fox Searchlight Studios, a copyright infringement lawsuit brought against the producers of the 2017 film “The Shape of Water.” The plaintiff, David Zindel, son of the Pulitzer Prize-winning playwright Paul Zindel, alleges that Fox incorporated numerous protected elements from the 1969 Zindel play “Let Me Hear You Whisper” into its film.

Marc Toberoff, a successful copyright and entertainment litigator in Hollywood, is co-counsel with Kozinski. Toberoff told The Recorder, a Law.com property, that Kozinski has served as “of counsel” at his Malibu boutique Toberoff & Associates.

The docket for that case, which was lodged in a Los Angeles federal court, lists an address in Torrence, California, as the law office of Kozinski. The same address is currently occupied by a separate law practice called the Tiffany Law Group, P.C. Kozinski’s connection to this firm is unclear.

Kozinski retired on Dec. 18, having been accused by more than a dozen women of wrongdoing. Former clerks, law professors, and a federal judge allege that Kozinski displayed pornography to his subordinates in chambers, groped female law students and colleagues, and made unwanted propositions for intercourse, among other offenses.

Public discussion of the allegations did not subside with his retirement. Lawmakers pressed Justice Brett Kavanaugh about his relationship with Kozinski during his confirmation hearings for the Supreme Court — Kavanaugh clerked for Kozinski after graduating Yale Law School, and later helped him vet clerks for Justice Anthony Kennedy. (RELATED: Kavanaugh Joins Liberals To Protect Pro-Planned Parenthood Ruling) 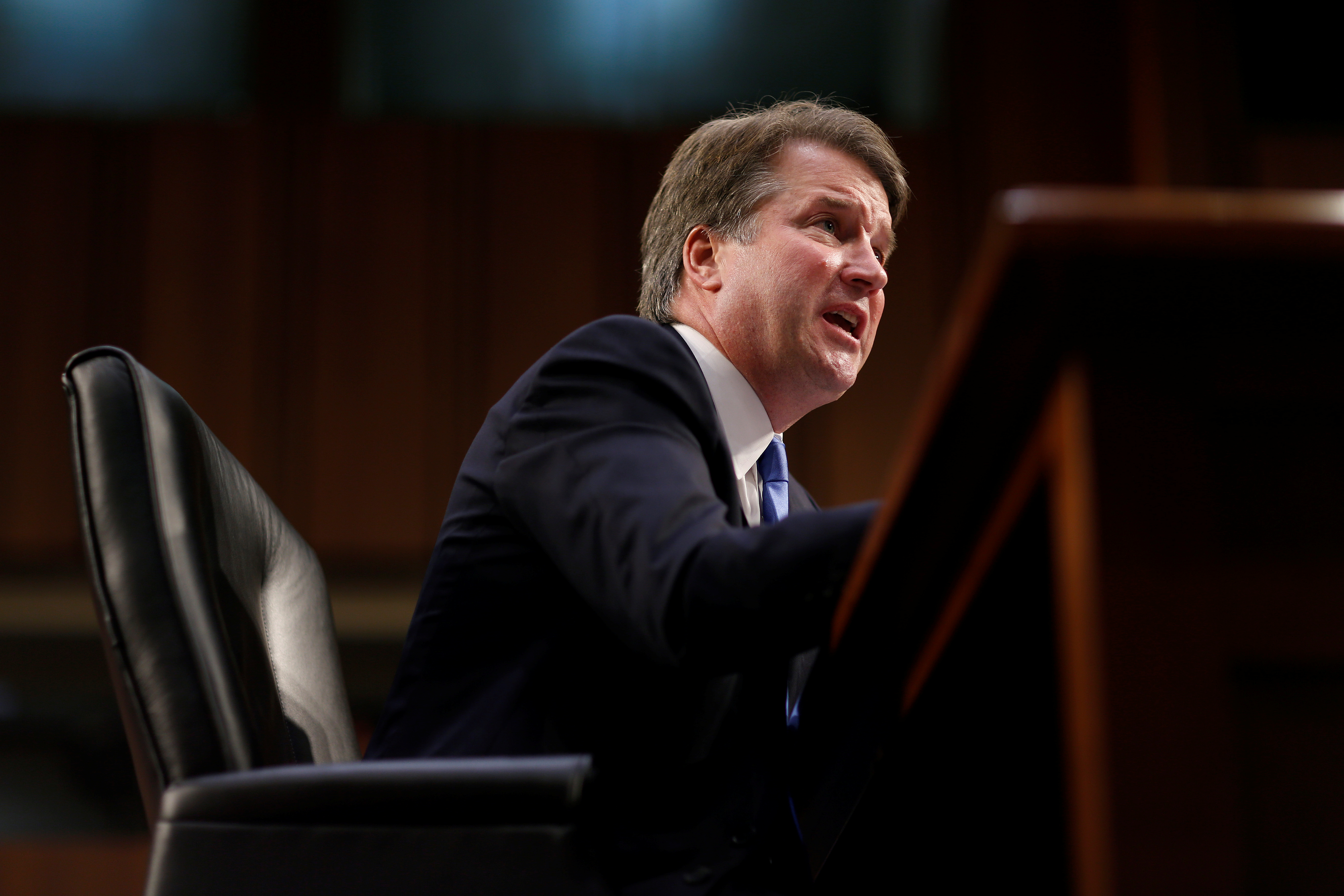 Justice Brett Kavanaugh testifies during the second day of his confirmation hearing before the Senate Judiciary Committee on Capitol Hill in Washington. REUTERS/Joshua Roberts

The Washington Post was first to report on the Kozinski charges.

Three of the women who accused Kozinski of wrongdoing — Katherine Ku, Leah Litman, and Emily Murphy — wrote an opinion piece for The New York Times on Aug. 2 suggesting that Kozinski’s quick return to public life betrayed the legal profession’s failure to grapple with the #MeToo movement. As of their writing, the former judge had given a lengthy interview to a public radio station, produced articles for the press, and shared plans to take up teaching.

“To usher Mr. Kozinski back into professional circles without qualification implies a deference that is stunning in light of the circumstances of his retirement,” the trio wrote.

Kozinski replied “I have no comment. Ciao.” when reached by the TheDCNF for this story.

1
Grenell Declassifies Document Said To Be 'Very Significant' To Origins Of Russia Probe
Politics
2
'I SURE DID, F*CKER': Kathy Griffin Doubles Down On Hoping Trump Gets Stabbed With Potentially Fatal Air-Filled Syringe
US
3
Brit Hume Hits Back At CNN Mask Criticism: Biden 'Looked Ridiculous,' Masks 'Not Necessary' Outdoors
Media
4
President Trump's Reelection Campaign Staff Just Got A Shakeup
Politics
5
'Journalists Are Not Above Being Questioned': Kayleigh McEnany Fires Back At Chris Wallace
Media