A Palestinian man reportedly killed two Israelis and wounded two others after opening fire Thursday at a bus stop near the Israeli settlement of Ofra. This attack came only hours after Israeli officers killed two Palestinians who were suspected of committing other attacks.

The two Israeli victims victims were Sgt. Yosef Cohen and Staff. Sgt Yoval Mor Yosef of the Israel Defense Forces’ Kfir Brigade, according to The Times of Israel.

The headline of “The Guardians” story on these events is titled, “Two Israelis and two Palestinians killed in West Bank violence.” It fails to differentiate the fact that two of those people were innocent victims, while the other two were suspected terrorists.

Think about how despicable this is:

This bus stop was also the location of a terror attack that occurred last Sunday and left seven people injured when assailants opened fire at the bus stop. One of those people injured was a 21-year-old woman who was reportedly seven months pregnant. Her husband was also wounded. 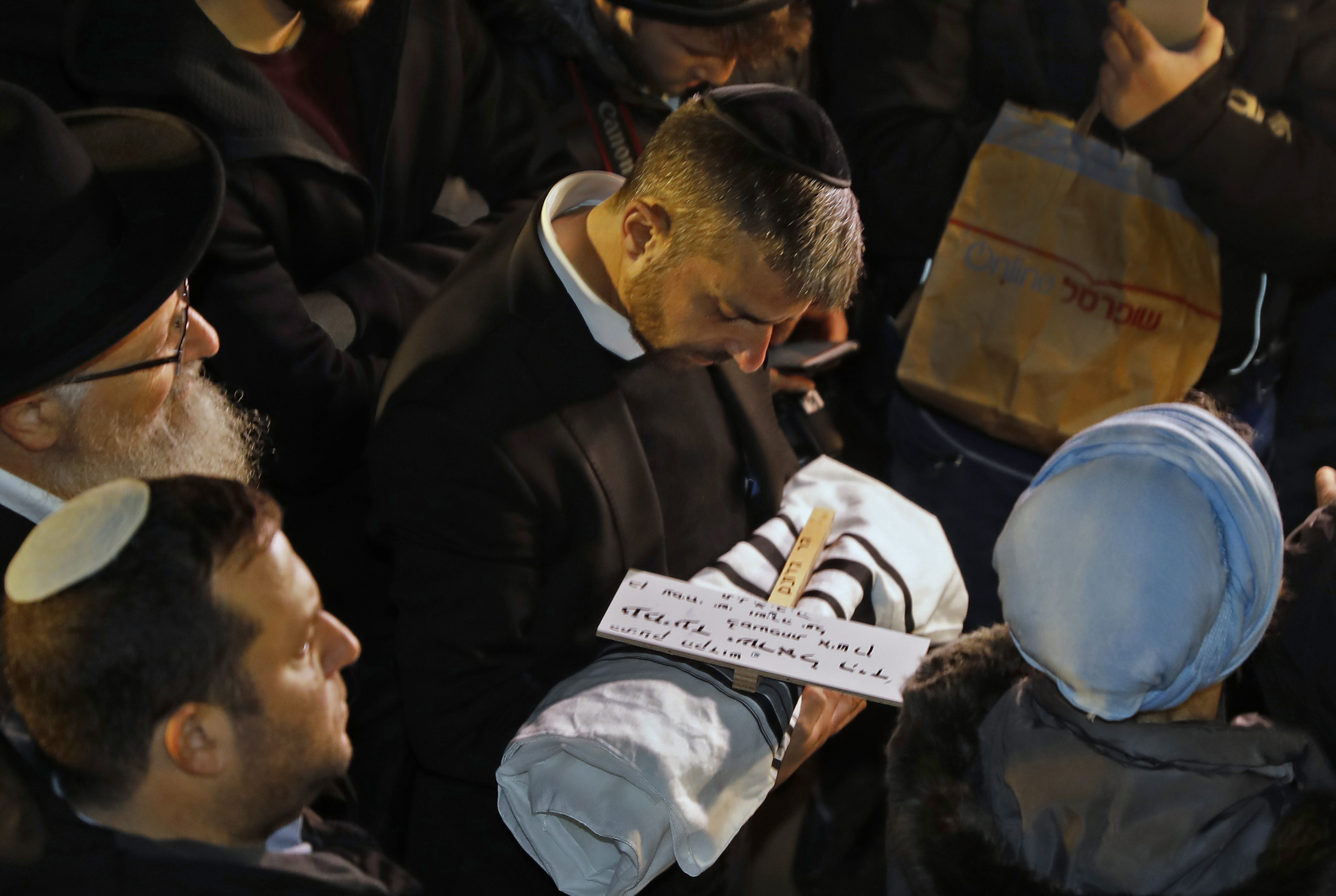 Relatives of Israeli couple Amichai and Shira Ish-Ran attend the funeral of their baby, who died after being delivered prematurely due to Shira being wounded in a drive-by shooting attack by a Palestinian man, at the Jewish cemetery on the Mount of Olives in front of Jerusalem’s Old City, on December 12, 2018. MENAHEM KAHANA/AFP/Getty Images)

The woman, who was gravely wounded, had an emergency caesarean to try to save the baby, but the infant passed away Wednesday. Hundreds of people reportedly showed up to the funeral that night.

2 Israelis: our soldiers guarding a civilian bus stop when a Palestinian terrorist shot them.
2 Palestinians: terrorists who opened fire on innocent Israelis, murdering 3 civilians, including a 4-day-old baby.

The Guardian’s article did name one of the Palestinians killed as “Salah Barghouti, a 29-year-old accused of shooting at Israelis on Sunday at a bus stop near the Ofra settlement.”

But their story failed to mention that Barghouti was killed trying to “attack them [and] while attempting to escape in the village of Kobar, outside Ramallah,” The Times of Israel reported. 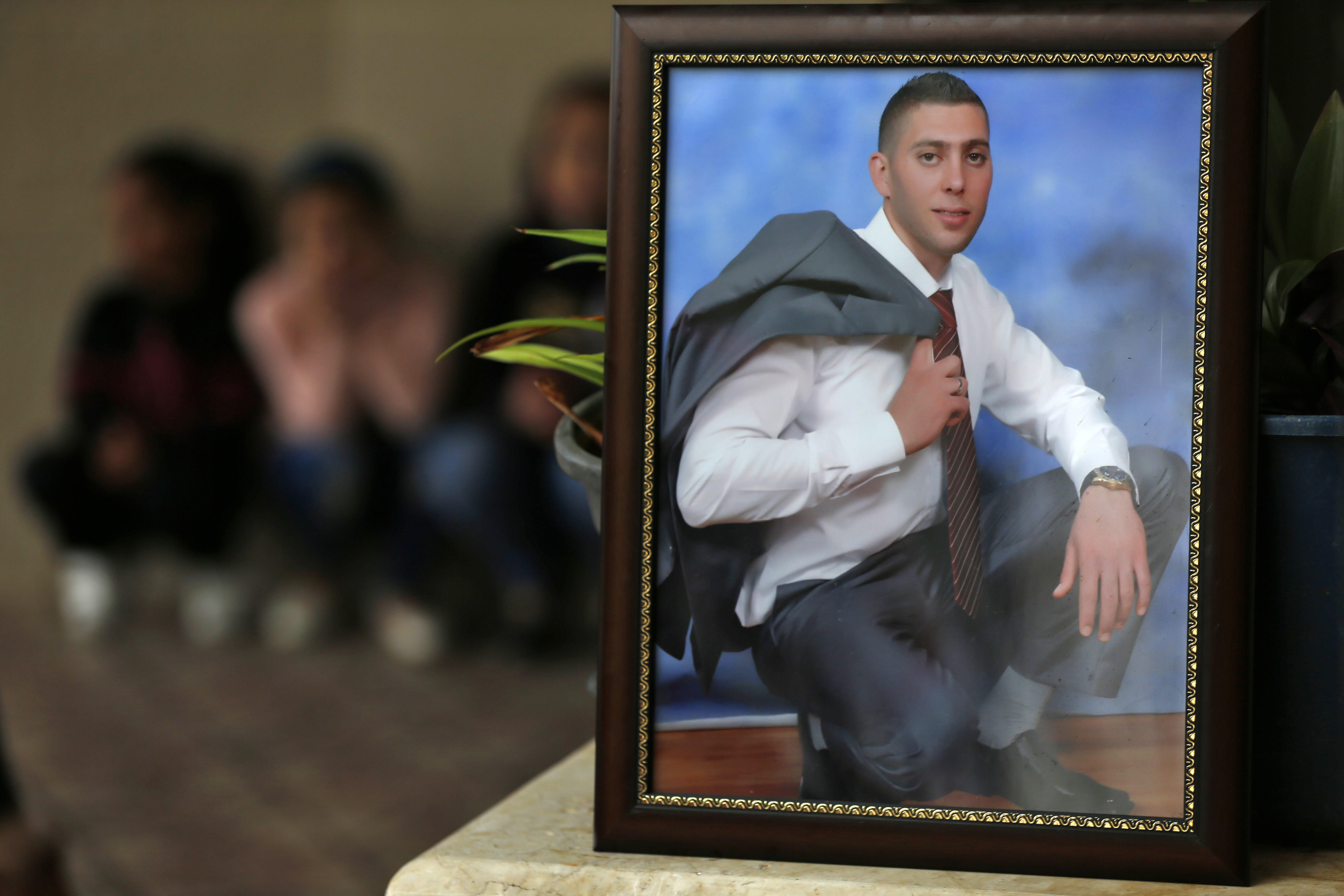 A picture of Palestinian Salah Omar Barghouti is seen framed at his family house in the West Bank city of Ramallah on December 13, 2018. – (ABBAS MOMANI/AFP/Getty Images)

It also didn’t include the fact that Hamas took credit for the attack and called Barghoui “heroic.”

The Guardian’s story included information about the other Palestinian that was killed by Israeli forces. They identified him as Ashraf Naalwa, 23, a man suspected of killing two Israelis a couple months ago.

Israeli Prime Minister Benjamin Netanyahu called the terrorists “the most deviant criminals on Earth,” while speaking to reporters, according to The Washington Post.