The New York Times claimed Wednesday that it is “unclear” what motivated the gunman who shouted “Allahu Akbar” before opening fire on a Christmas market in France.

A public prosecutor in France claimed this week that the suspect in the shooting at Strasbourg Christmas market was an Islamic extremist who shouted “Allahu Akbar” shortly before the attack. Two people died and nine were injured in the incident.

France declared the shooting an act of terror, according to The New York Times’ reporting, yet the paper insisted on Twitter that officials were unsure about the gunman’s motive.

“It remains unclear what motivated the gunman who opened fire at a Christmas market in Strasbourg, officials said, as the police continue an intensive search for the attacker,” the NYT tweeted.

It remains unclear what motivated the gunman who opened fire at a Christmas market in Strasbourg, officials said, as the police continue an intensive search for the attacker https://t.co/BVuv5X8KRU

The article linked in the tweet suggested something much different, with the lead paragraph stating, “The deadly shooting at a crowded Strasbourg street market was an act of terrorism, officials said Wednesday, as hundreds of police officers hunted the fugitive assailant, a man described as a radicalized hometown career criminal.” 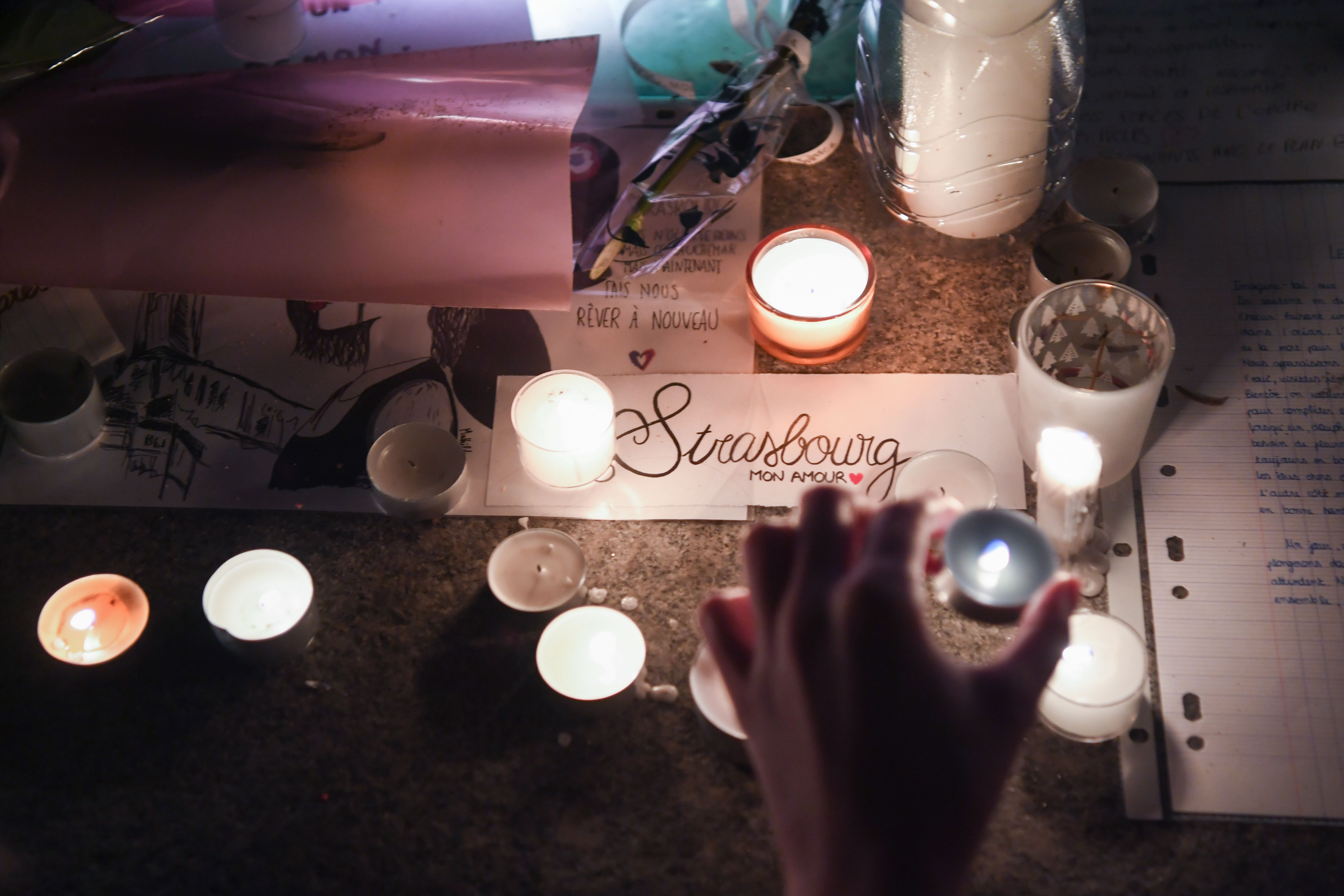 This picture shows candles as people gather on December 13, 2018, in memory of the victims of the attack near the Christmas market of Strasbourg, in eastern France, on December 11, 2018. (Photo by ALAIN JOCARD/AFP/Getty Images)

The suspect, who was identified as Chérif Chekatt, 29, was previously flagged as a potential national security threat and was eventually killed after police hunted him down Thursday.

Christmas markets are a common target for Islamic extremists, with officials foiling several attacks over the past several years. The Strasbourg market was previously targeted in 2000 and 2016.