Police in Paris are bracing for a fifth straight weekend of violent protests and are preparing to deploy armored vehicles and thousands of officers to maintain control, The Associated Press reports.

Armored vehicles patrolled the streets of Paris for the first time since World War II earlier in December. Thousands of protesters in the “yellow vest” movement, which started in mid-November over a proposed carbon tax, have demonstrated across the country. (RELATED: French Government Uses Terror Attack To Push Protesters To Go Home)

About 8,000 officers and 14 vehicles were deployed on the weekend of Dec. 8 and the same numbers are expected to be deployed again on Saturday. More officers will be tasked with patrolling the streets and arresting vandals, which have plagued the city by breaking windows, burning cars and looting stores.

“Last week, we pretty much handled the yellow vests but we also witnessed scenes of breakage and looting by criminals,” Paris police chief Michel Delpuech told The AP. “Our goal will be to better control this aspect.”

Police arrested more than 1,000 people in Paris on the weekend of Dec. 8, and 135 people were injured, including 17 police officers.

French President Emmanuel Macron addressed the nation over the protests Monday, asking for “another chance” from his countrymen. The yellow vest protesters are critical of Macron’s administration, and many of them are calling for him to resign. 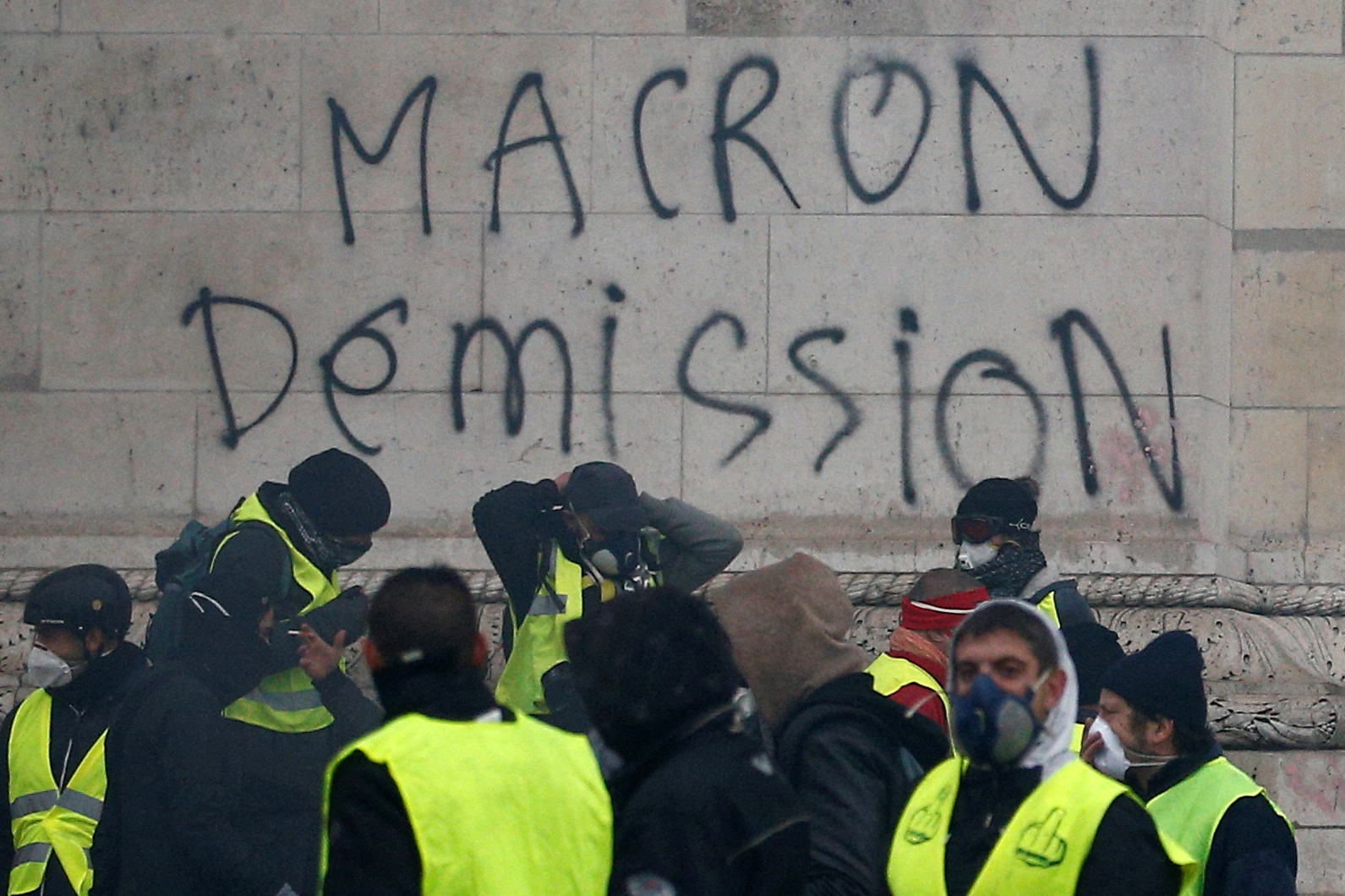 Macron denounced the violence used by some of the protesters and proposed raising France’s minimum wage by $113 per month starting in January. A large majority of the protesters are middle-class French citizens who live paycheck to paycheck under a high tax burden.

Macron scrapped a proposal to raise fuel taxes on Dec. 5 in an attempt to placate the protesters. The gas tax proposal originally triggered the public outcry and sparked the yellow vest movement that now rails against high taxes and for better social programs.