Three news stories dominated the minds of both Republican and Democrats in 2018, according to a Morning Consult survey published Thursday.

The top three stories that all voters reported hearing “a lot” about in 2018 were the Parkland shooting, the death of former president George H.W. Bush and Hurricane Florence, according to the survey. Morning Consult surveyed roughly 10,000 registered voters throughout 2018 for the data.

The news event that the most people reported hearing “a lot” about was the Parkland shooting, although more Democrats reported that it dominated the news than Republicans.

But other than those three events and the confirmation of Supreme Court Justice Brett Kavanaugh, Democrats’ and Republicans’ conceptions of what topics dominated the news cycle in 2018 strongly diverged. For example, 70 percent of Republicans reported hearing “a lot” about NFL players taking a knee during the National Anthem, while only 58 percent of Democrats reported hearing “a lot” on that topic.

Another contrast between reds and blues — 53 percent of Republicans reported hearing “a lot” about the alleged murder of college student Mollie Tibbetts by illegal immigrant Cristhian Rivera. Tibbetts’s alleged murder did not make it into the top 15 news items Democrats heard “a lot” about. Thirty-eight percent of Democrats reported hearing much about it. 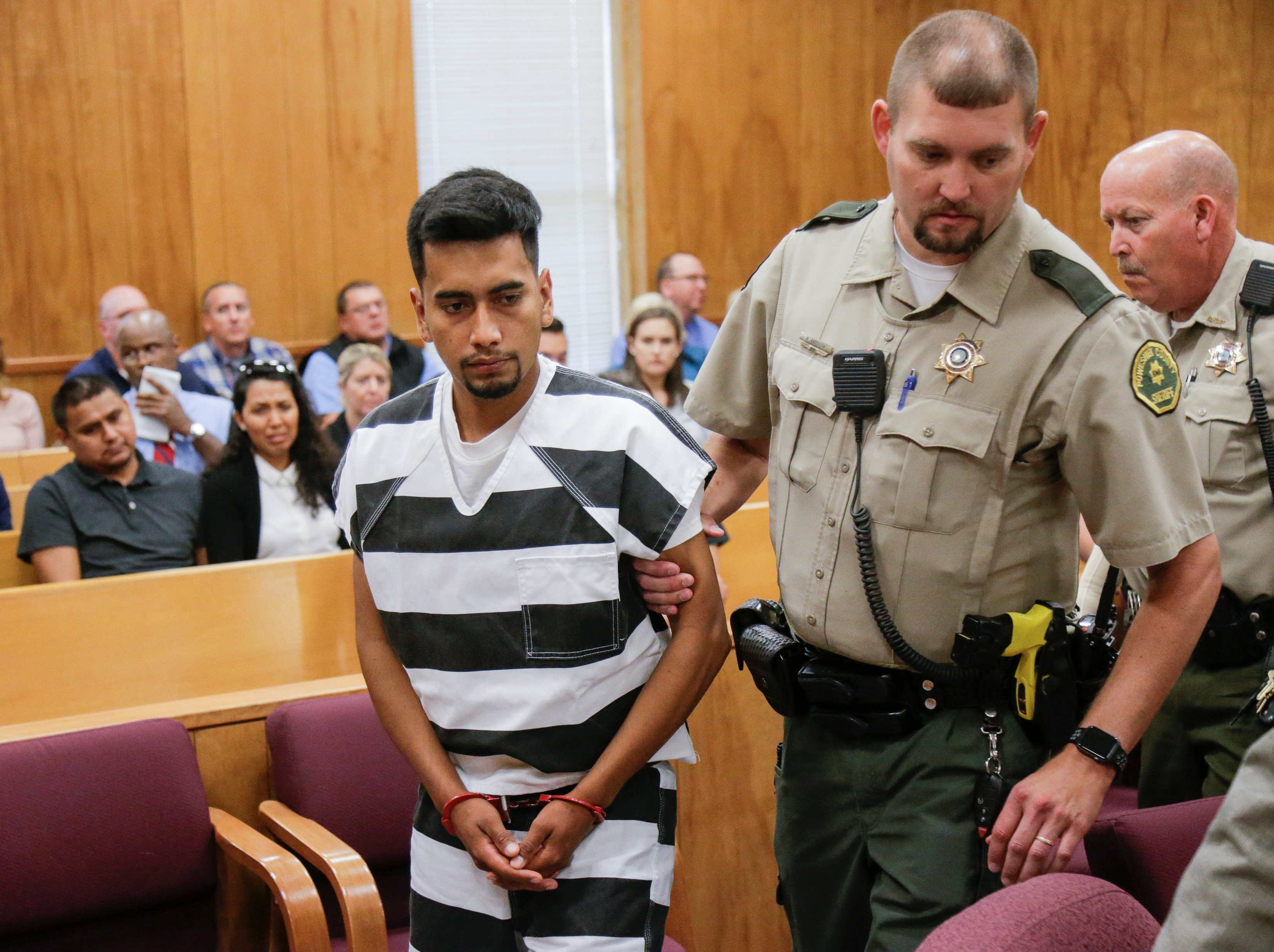 Cristhian Rivera, 24, accused of killing University of Iowa student Mollie Tibbetts, is led from the courtroom after making his initial appearance on a charge of first-degree murder during at the Poweshiek County Courthouse in Montezuma, Iowa, U.S., August 22, 2018. Jim Slosiarek/The Gazette/Pool via REUTERS

The survey also gathered data about news items that voters didn’t hear about. Forty-one percent of voters said they heard “nothing at all” about Democratic New York Rep.-elect Alexandria Ocasio-Cortez’s primary victory in June.

Another news item that bounced off of voters was President Donald Trump’s ill-fated plans for a military parade in Washington, D.C. Twenty-seven percent of voters surveyed said they heard nothing about it.

Morning Consult’s data has a margin of error of 2 percent.