The news came as a shock to many of his staunchest allies who touted the major reforms and policy changes Zinke set in motion.

Among Zinke’s major accomplishments were rolling back restrictive Obama-era land use policies, restructuring the Interior Department and how it does business and implementing Trump’s “energy dominance” agenda.

“In the world of Washington politics, Zinke was an anomaly,” said Republican Utah Rep. Rob Bishop, chairman of the House Committee on Natural Resources.

“Where others dithered he got stuff done. We owe him a debt of gratitude,” Bishop said in an emailed statement. (RELATED: Meet The Man Likely To Replace Interior Secretary Ryan Zinke) 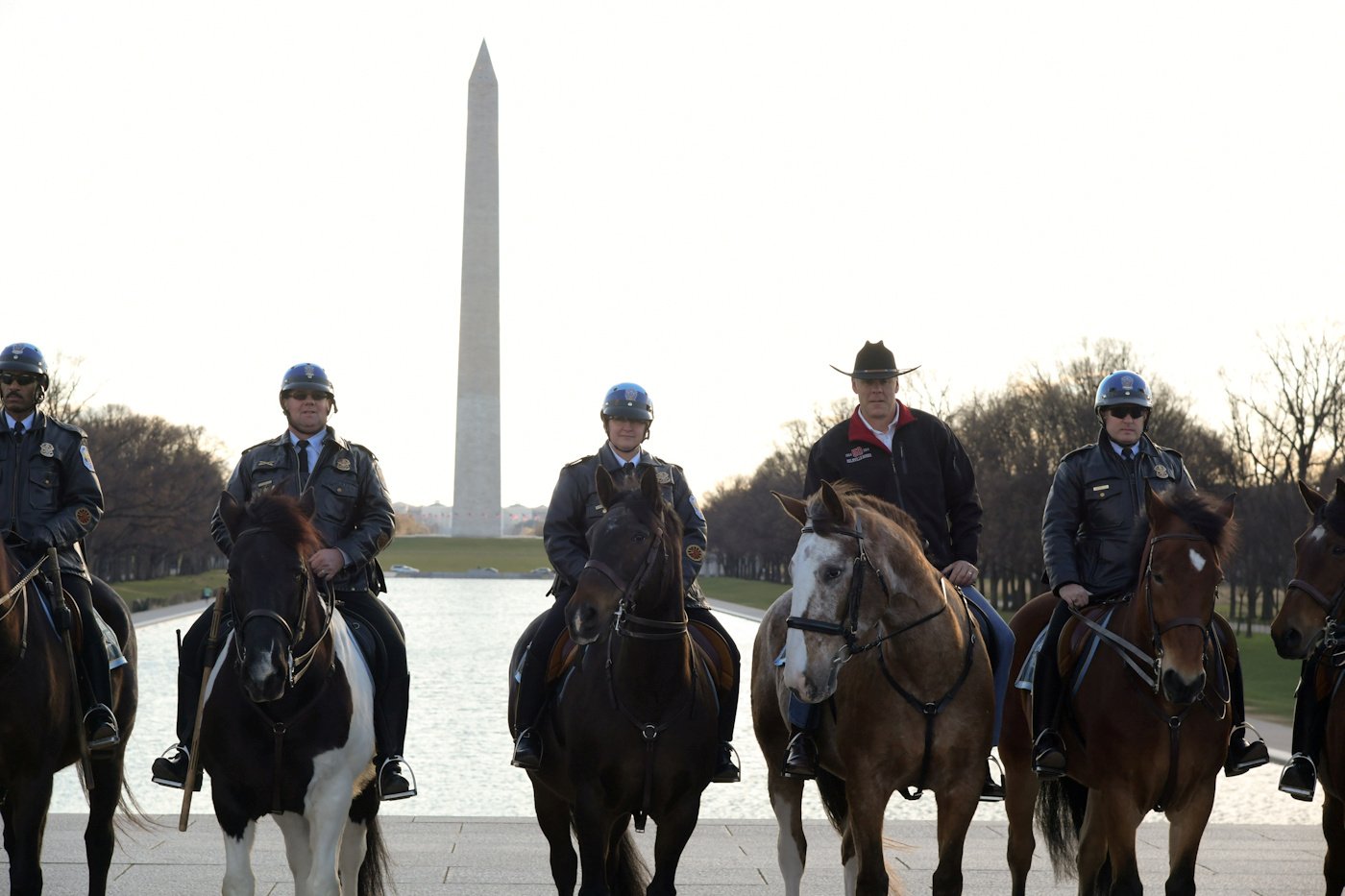 New Interior Secretary Ryan Zinke (2nd from R) rides on horseback with a U.S. Park Police horse mounted unit while reporting for his first day of work at the Interior Department in Washington, U.S., March 2, 2017. Tami Heilemann/Department of Interior/Handout via REUTERS.

Probably the most visible impacts of Zinke’s tenure was the opening up of more lands to energy development, and the scaling back of two national monuments created by Presidents Bill Clinton and Barack Obama.

Zinke’s team undertook the most thorough review of Antiquities Act designations in decades to identify potential abuses of past administrations. Trump signed orders in December 2017 to shrink the Bears Ears and Grand Staircase-Escalante monuments in Utah based on Zinke’s recommendations.

“Most importantly, Zinke has unleashed American energy potential by tapping into the vast resource reserves on federal lands and opening up previously unexplored areas to development,” Pyle said in an emailed statement. 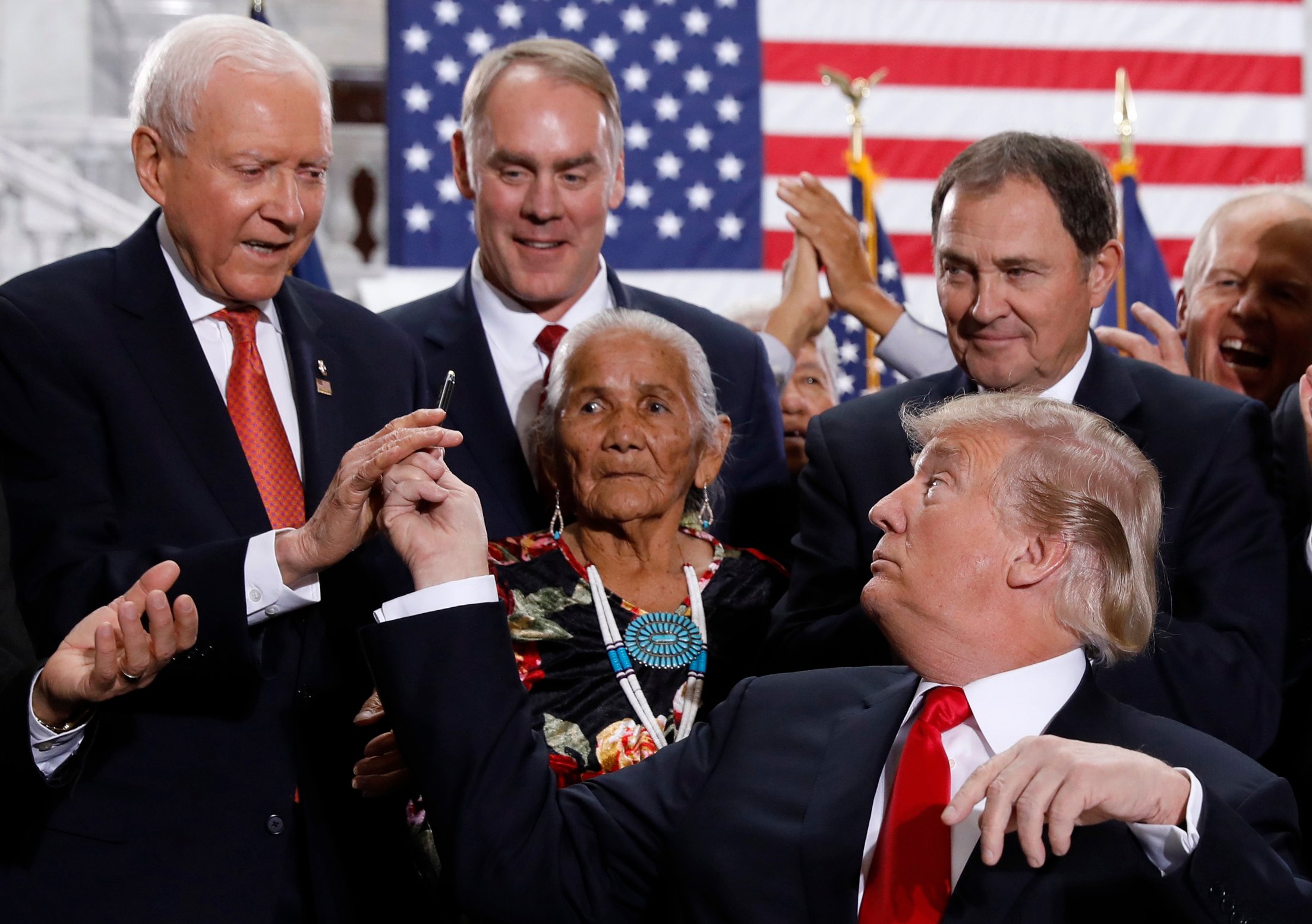 Federal onshore oil production hit record levels during the first half of 2018. Republicans and conservatives often criticized the Obama administration for holding back energy production on federal lands.

A major part of Zinke’s focus was helping Alaska once again become an energy powerhouse by opening up more lands and waters to oil and gas leases. Zinke’s efforts were supported by Alaska Republicans who wanted to see their state’s economy lifted up after eight years of restrictive Obama administration policies.

“I was disappointed to learn that Secretary Zinke is stepping down,” Republican Alaska Senator Lisa Murkowski tweeted. “After years of frustration with the Department, he came in and took a very different approach.”

From responsible development in the 1002 Area, a life-saving road for King Cove, efforts to secure energy dominance & eliminate the maintenance backlog at our National Parks, @SecretaryZinke has accomplished good things for our nation. We will miss him but wish him the best.

Zinke’s likely successor, the Interior’s current deputy secretary David Bernhardt, will oversee the opening of the Arctic National Wildlife Refuge’s (ANWR) coastal plain, or 1002 Area. ANWR, the centerpiece of decades of political battles, was opened as part of GOP-led tax cuts passed in 2017.