The father of a 7-year-old migrant girl who died in U.S. Border Patrol custody has refuted claims that she hadn’t had food or water in the days prior to being taken into custody — but he also said that he has no complaints with the way both he and his daughter were treated once they were apprehended.

According to a report from the Associated Press on Saturday afternoon, lawyers for 29-year-old Nery Gilberto Caal Cuz said that he made sure his daughter Jakelin had food and water as they made the journey across Mexico from Guatemala.

Jakelin Caal and her father were taken into custody Dec. 6 near Lordsburg, New Mexico, by Border Patrol agents. She began vomiting and later stopped breathing while being transported to a Border Patrol station. She died at a hospital.

A statement from the family’s lawyers says her father, 29-year-old Nery Gilberto Caal Cuz, made sure his daughter had food and water as they traveled through Mexico.

Border Patrol records indicate that when they were first taken into custody near Lordsburg, NM, on December 6, Jakelin’s father signed a form indicating that she was not ill. He then alerted agents to her deteriorating condition when they traveled some 90 miles by bus to the nearest Border Patrol station.

Immigration officials briefing reporters say the girl’s father told officials that she was sick and vomiting when they were on a bus heading to a Border Patrol station. When they arrived 90 minutes later, the girl wasn’t breathing. 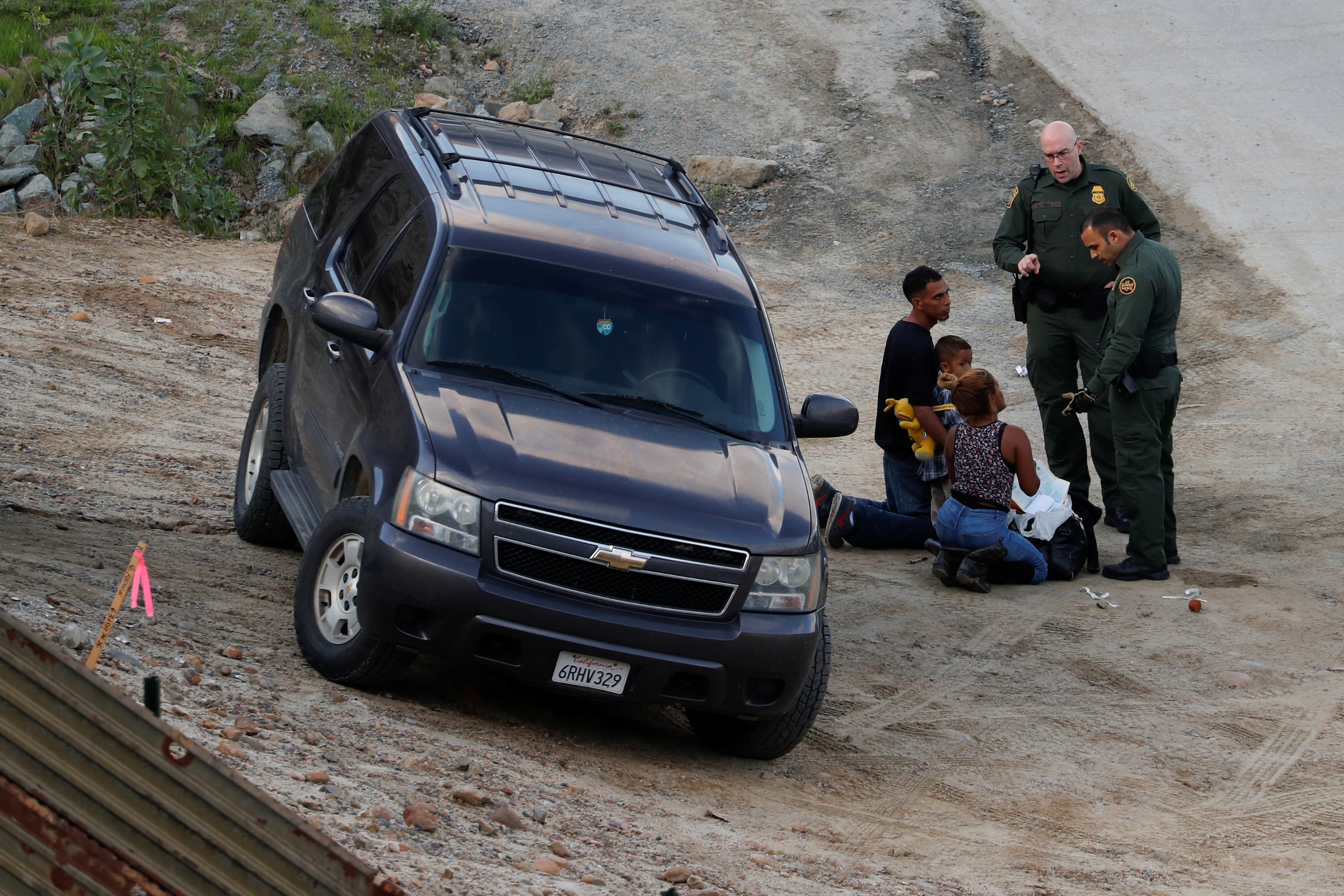 U.S. Customs and Border Protection (CBP) officials detain a group of migrants, part of a caravan of thousands from Central America trying to reach the United States, after they crossed illegally from Mexico to the U.S, as seen from Tijuana, Mexico, December 11, 2018. REUTERS/Carlos Garcia Rawlins

According to multiple sources, Jakelin suffered from seizures and her temperature was measured at 105.7º Fahrenheit. She was transported by helicopter to a children’s hospital upon her arrival at the Border Patrol station and revived twice — but she later died at the hospital.

Multiple media outlets presented the story with misleading headlines suggesting that Border Patrol agents were somehow responsible for the child’s death — but as CNN’s Jake Tapper noted in a series of tweets, the girl’s father had “no complaints” regarding the way she was treated after being taken into custody. (RELATED: Washington Post, Time Headlines Imply Border Patrol Caused The Death Of 7-Year-Old Migrant Girl)

Guatemalan Consul Tekandi Paniagua tells CNN’s @edlavaCNN he met extensively with the father of 7-year-old Jakelin Caal Maquin Friday night in El Paso. Paniagua says the father of Jakelin has “no complaints about how Border Patrol agents treated him and his daughter.” 1/

2/ The consul says the father told him that agents did everything they possibly could to help the girl on the bus.

3/ The father, per the consul, confirmed the DHS timeline that Jakelin did not show any signs of distress until about 5am when they were placed on the bus to ride from the border checkpoint to the border patrol station 95 miles away.

Immigrations officials have said that an autopsy will be performed in order to determine Jakelin’s official cause of death.