Giuliani, during an appearance on “Fox News Sunday,” argued that the treatment of General Michael Flynn and former Trump campaign aide George Papadopoulos — as well as the exposure of anti-Trump agents within the investigation — made it clear that the president would not be approached fairly.

Wallace, wrapping up the Sunday morning segment with Giuliani, asked whether the special counsel’s office, after receiving the president’s written answers, had reached out to him regarding an interview.

“Yes, there are several unpaid parking tickets back in 1986-87 that haven’t been explained,” Giuliani deadpanned. 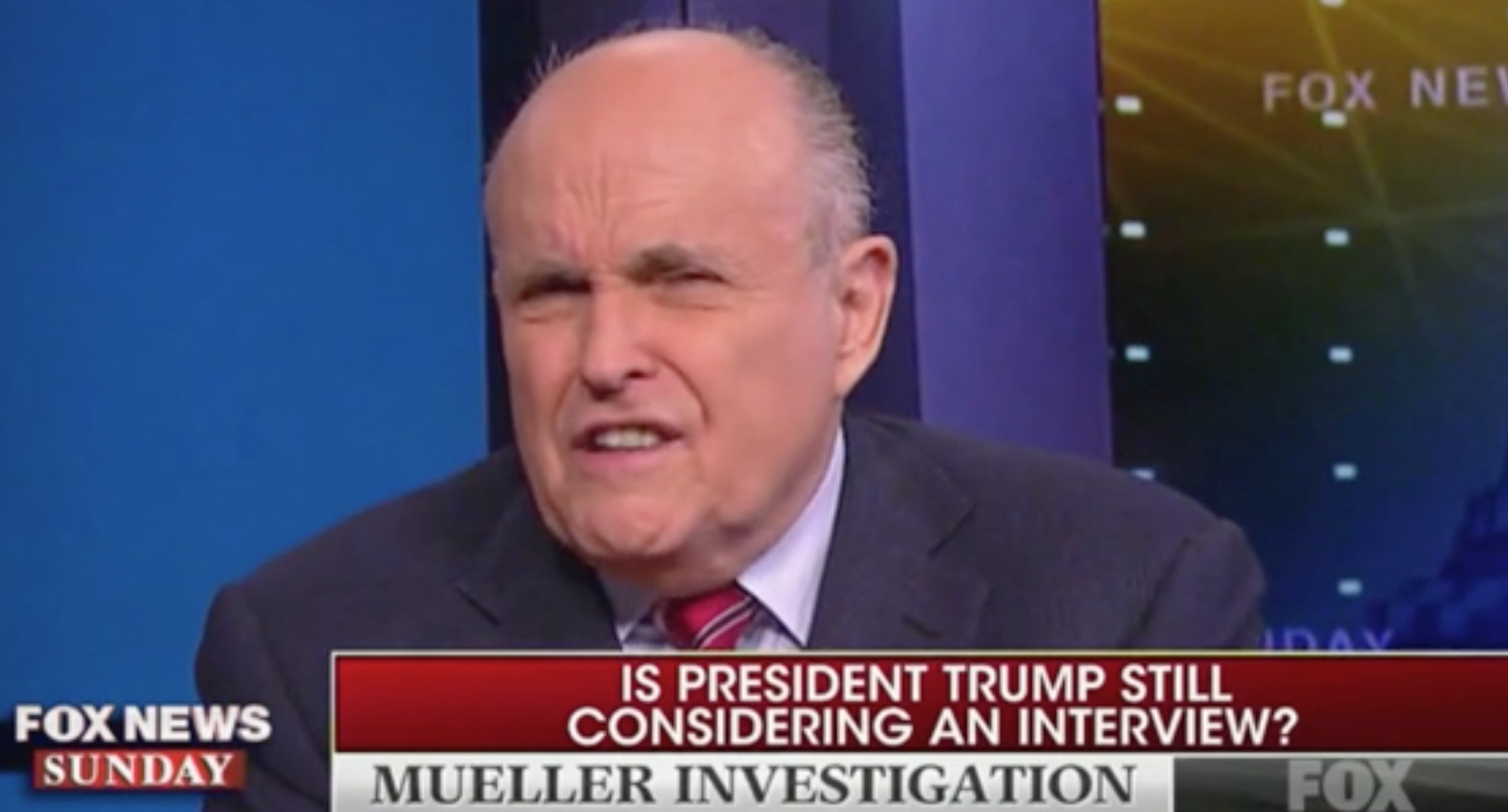 “Is the special counsel wanting to interview the president?” Wallace asked again.

“Good luck,” Giuliani shrugged. “After what they did to Flynn, the way they trapped him into perjury and no sentence for him, 14 days for Papadopoulos, I did better on traffic violations.”

Wallace pressed further, asking, “When you say good luck, no way, no interview?”

“They are a joke,” Giuliani fired back. “Over my dead body, but you know, I could be dead.”

Giuliani went on to say that the Mueller team, not the president and his campaign and transition teams, was the hotbed of illegal and unethical activities. (RELATED: Dershowitz Says He Doesn’t Think Flynn ‘Really Committed Any Crimes’)

“I am disgusted with the tactics they have used in this case,” Giuliani concluded. “What they did to General Flynn should result in discipline. They are the ones who were violating the law. They’re looking at a non-crime collusion. The other guys are looking at a non-crime campaign violation, which are not violations, and they are the ones who are violating the law, the rules, the ethics and nobody wants to look at them. They destroyed Strzok’s and Page’s texts. 19,000 texts. If he had destroyed 19,000 texts, they would put him in jail.”