“It was chaos on the radio,” Sgt. Josen Rotella said, the Miami Herald reported Friday.

Documents pertaining to the shooting show the delay in responses over radio might have contributed to the death toll, according to the Miami Herald.

Several first responders did not receive any communication over radio due to massive radio traffic that overloaded the system, Local 10 News reported.

“Any big incident like that, everybody needs to talk or wants to talk, and it overloads the system, and it will crash if you don’t get them to bring it down to a minimum,” dispatcher Paula Tancredi said, News 10 reported. 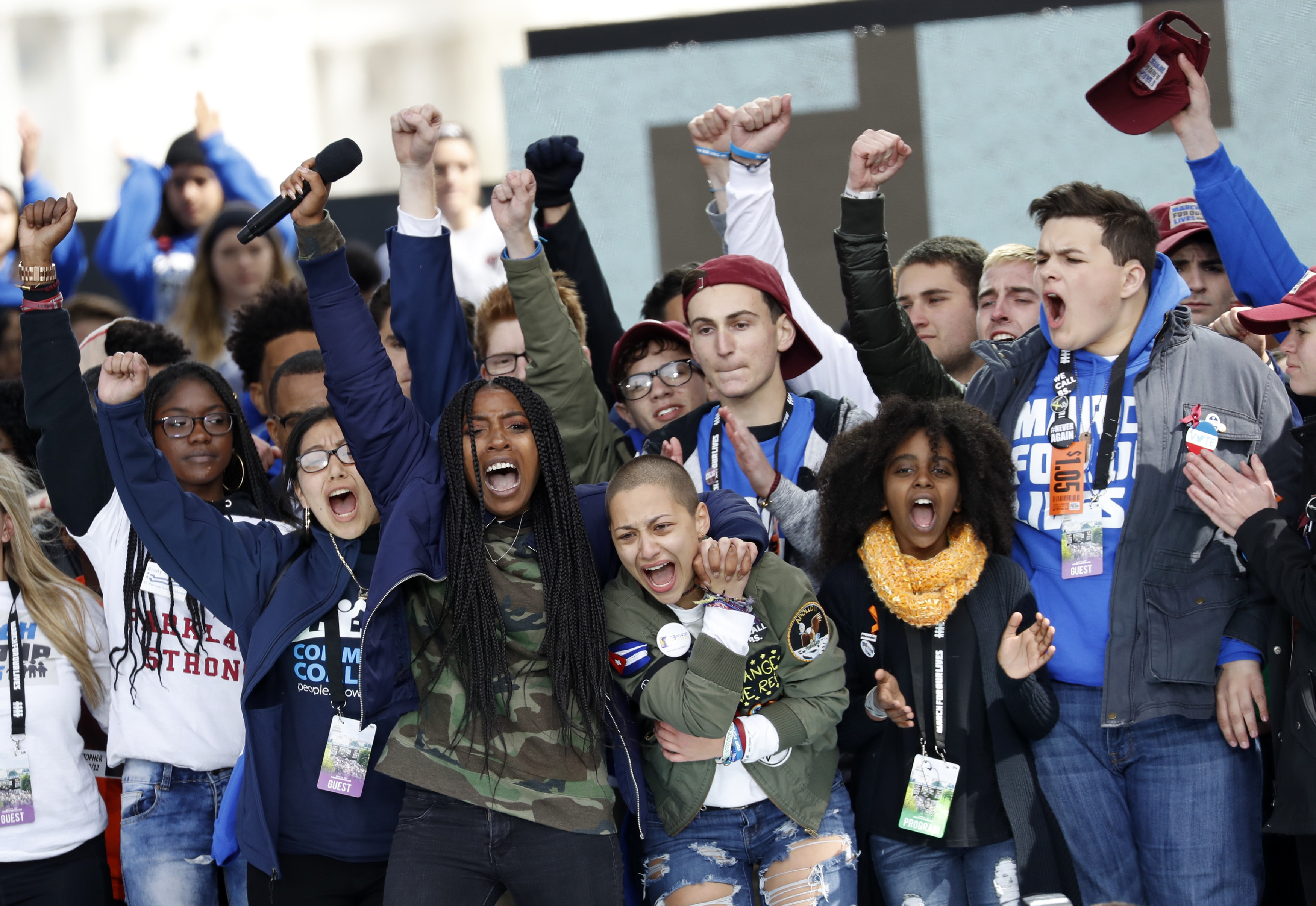 Students and shooting survivors Tyra Hemans and Emma Gonzalez (3rd from R), from Marjory Stoneman Douglas High School in Parkland, Florida, and 11-year-old Naomi Wadler of Alexandria, Virginia (2nd from R), sing along with other students and shooting survivors at the conclusion of the “March for Our Lives” event demanding gun control after recent school shootings at a rally in Washington, U.S., March 24, 2018. REUTERS/Aaron P. Bernstein

“They could hear nothing, just complete silence, because nobody was able to get on the radio,” Director of the Regional Communications Division for the Broward Sheriff’s Office (BSO) Lisa Zarazinski said, according to the Miami Herald.

Lt. Brian Montgomery said “there was no urgency” when a Broward County Sheriff’s Office dispatcher made an announcement about the shooting.

Marjory Stoneman Douglas High School Public Safety Commission released a draft Wednesday that showed there were other missteps in handling the shooting, including equipment adjustments slowing down the rescue process. (RELATED: Initial Findings Show Police And School Messed Up In Parkland Shooting)

Some were confused about their active shooter training as well. The first BSO dispatchers at the scene sometimes took over a minute to put on bullet-proof vests, the Miami Herald reported.

“Without hesitation, each [Coral Springs] officer knew the active shooter training they had received annually for the past several years,” the commission’s draft said, the Miami Herald reported. “They had no difficulty in identifying the proper response to an active shooter.”

The commission’s final report is due to be submitted to Florida’s state legislature Jan. 1.

A BSO spokeswoman said they will “take appropriate steps to make any necessary improvements,” the Miami Herald reported.

Nikolas Cruz is the suspected shooter and could potentially face the death penalty.

BSO did not immediately respond to The Daily Caller News Foundation’s request for comment.