According to a report from Bloomberg, outstanding student debt has now reached $1.465 trillion, more than double what it was during the great recession nearly a decade ago. The outstanding debt was $675 billion in June 2009 during the Obama presidency. (RELATED: Survey: Majority Of Student Loan Borrowers Have Less Than $1,000 In Bank)

According to Bloomberg’s analysis, students who took out loans in 2012 ran into the most trouble; loans taken out that year have spiked to the second-highest default rate on record and the highest of any rate since the recession. 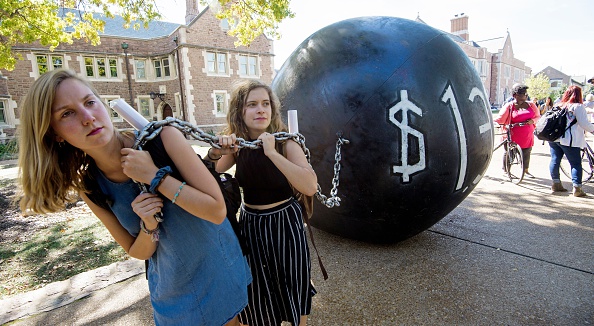 But, as Bloomberg’s study found, it’s not just young people still straddled with debt. Borrowers between the ages of 50–61  owe $213.6 billion, according to data Bloomberg cited from the Department of Education, while those over the age of 62 owed $62.5 billion.

Bloomberg also found that the amount owed by borrowers over the age of 50 increased by $28.8 billion, which is an 11.6 percent over the past year.