The groups are challenging the plan in the 9th Circuit Court of Appeals for allegedly violating federal laws and disproportionately contributing to climate change and endangering wildlife.

“We can’t let this reckless administration open the Arctic to offshore oil drilling. It threatens Arctic wildlife and communities and will only make climate chaos worse around the world,” Center for Biological Diversity oceans legal director Kristen Monsell said in a statement. “An oil spill in the Arctic would be impossible to clean up in a region already stressed by climate change.”

CBD partnered with Friends of the Earth, Greenpeace, Defenders of Wildlife and Pacific Environment to bring the lawsuit. Earthjustice, a nonprofit environmental law firm, is representing the coalition. (RELATED: Trump Isn’t Waiting For Congress To Approve Arctic Drilling)

“In a rush to drill for oil in Alaska’s pristine Arctic coastlines, Donald Trump is flouting the law and endangering some of the most delicate coastlines in the world,” Marcie Keever, legal director at Friends of the Earth, said in a statement. 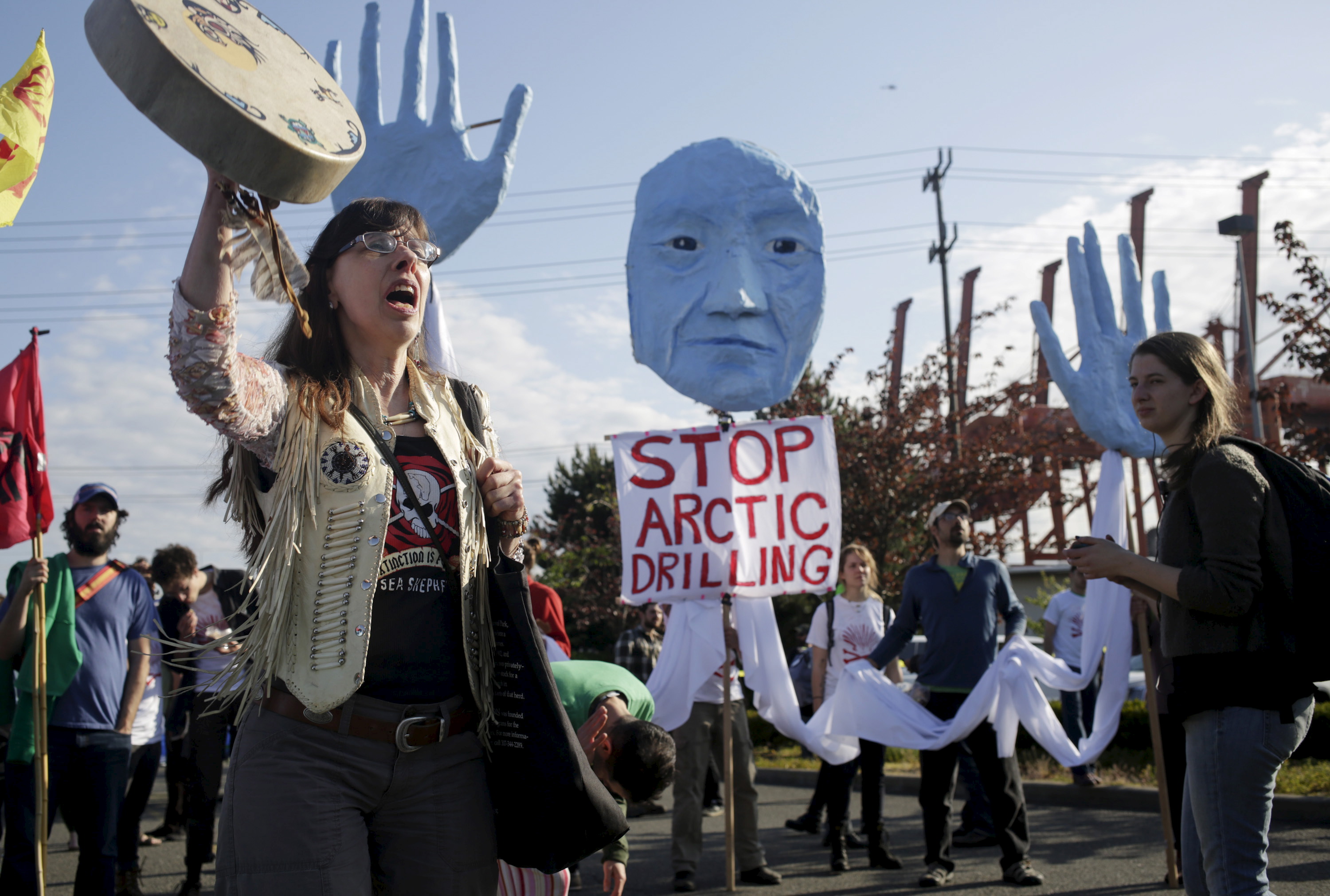 Activists march and rally at the entrance of Terminal 5 to protest Shell Oil Company’s drilling rig Polar Pioneer which is parked at the Port of Seattle, Washington May 18, 2015. REUTERS/Jason Redmond

Hilcorp Alaska proposed building a nine-acre gravel island in the Beaufort Sea that could be the first-ever oil and gas production facility built in U.S.-controlled Arctic waters. The artificial island, called the Liberty Project, would support a drilling rig and other infrastructure and would connect to mainland Alaska through a 5.6 mile underwater pipeline.

“Responsibly developing our resources, in Alaska especially, will allow us to use our energy diplomatically to aid our allies and check our adversaries,” Interior Secretary Ryan Zinke said in a statement announcing the project’s approval. “That makes America stronger and more influential around the globe.”

Alaska’s Congressional delegation has fought to get the Liberty project approved for several years. Alaska’s GOP lawmakers, Sens. Lisa Murkowski and Dan Sullivan as well as Rep. Don Young, have insisted opening the Beaufort Sea and other areas around Alaska to oil and gas development be a top priority for the Trump administration’s energy policy in Alaska.

The Bureau of Ocean Energy Management did not immediately respond to a request for comment.