Clinics in Delaware are reportedly being trained to ensure women of childbearing age can get immediate access to any type of birth control as part of a statewide effort to increase access to contraception.

Delaware has been implementing this plan to medical providers around the state over the past three years, The New York Times reports, and has already seen a significant jump in the number of women asking for and receiving contraception.

Now, when women of childbearing age in Delaware visit the doctor, they are all asked if they plan to get pregnant within the next year. If they say no, they’re supposed to receive on the spot access to all kinds of birth control, from the pill to IUD’s.

“We’re never trying to twist anyone’s arm – never,” said Dr. Karen Antell, a family physician in Delaware, which had the highest rate of unplanned pregnancies in the country just eight years ago. She added that women can reject their offer for contraception at any point.

Increased access to contraception appears to be more about increasing opportunity for women and helping them out of poverty. (RELATED: Here’s How Men And Women Feel About Male Birth Control)

“The whole conversation about opportunity begins before the child is born,” one of Upstream’s founders, Mark Edwards, told The NYTimes.

Studies have shown that after birth control became legal in the 1960s, women’s careers and education levels improved and the number of children they had declined. 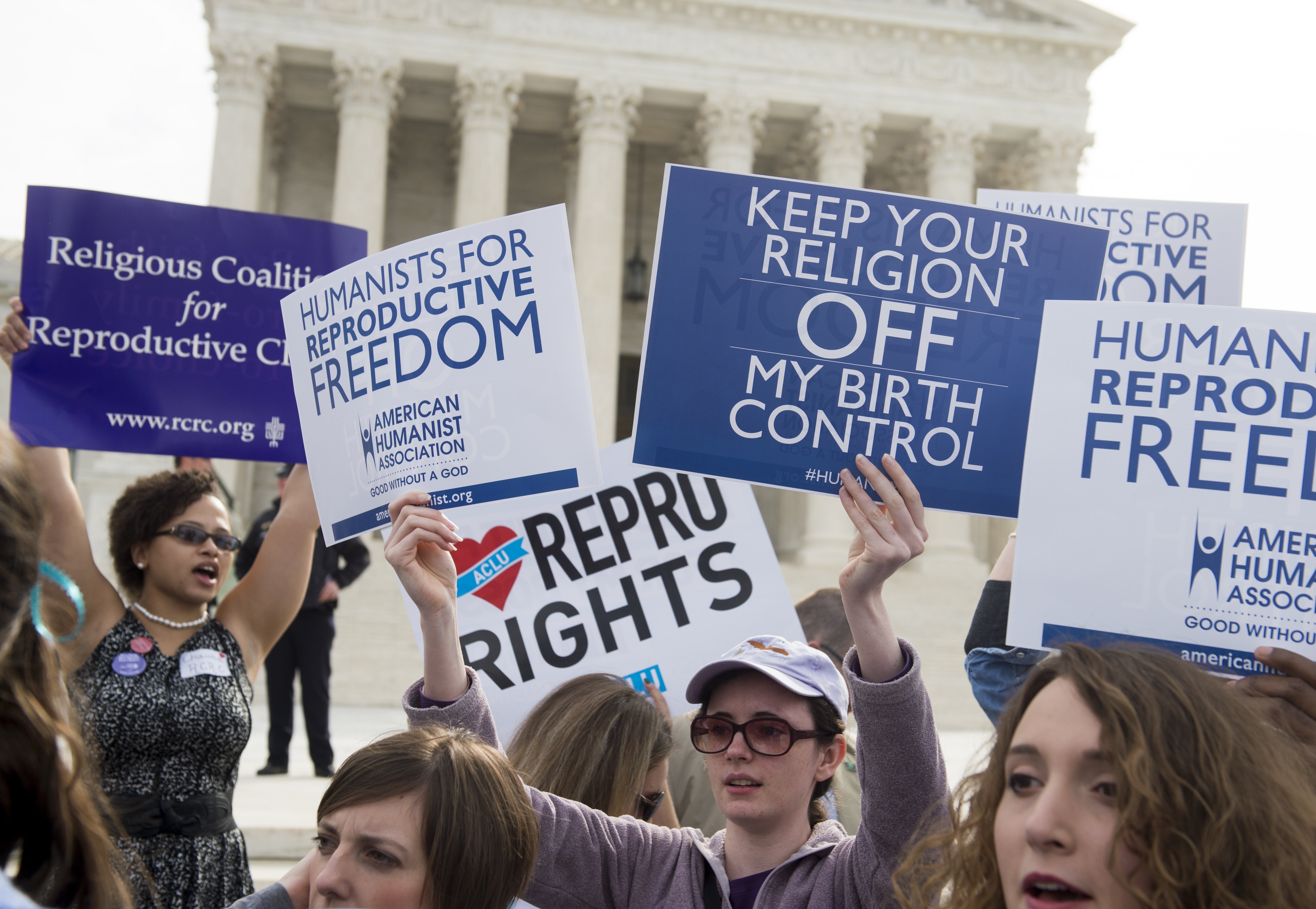 Supporters of women’s health rally outside the Supreme Court in Washington, DC, March 23, 2016, as the Court hears oral arguments in 7 cases dealing with religious organizations that want to ban contraceptives from their health insurance policies on religious grounds. / AFP / SAUL LOEB

While Delaware hopes an offset of the program will reduce poverty in the state, many experts question the causal link between unplanned pregnancies and poverty.

“It’s a symptom of poverty, of inequality, of hopelessness about the future,” she said, while adding that Delaware’s program could also reduce the number of abortions women have, an aspect that could appeal to more conservative citizens or politicians in the state.

Dr. Karyl Rattay, Delaware’s director of public health, said the state’s abortion rate dropped since they enacted this practice, and they predict it will continue to fall.