Democratic Rep.-elect Alexandria Ocasio-Cortez is reportedly seeking to take down a fellow Democrat who represents a district not far from hers in the 2020 primary elections.

Someone close to Ocasio-Cortez’s camp told Politico that the progressive politician has already recruited a black American woman to challenge New York Rep. Hakeem Jeffries, who was just elected to be chairman of the House Democratic caucus, the fifth highest leadership position in the party.

Jeffries, who represents a Brooklyn-Queens district just south of Ocasio-Cortez’s, will replace Rep. Joe Crowley as chairman of the caucus. Crowley was ousted in the primaries in June by Ocasio-Cortez for New York’s 14th Congressional District.

“We’re not going to shy away from New York,” another person with knowledge of the plan told Politico.

The self-proclaimed Democratic-socialist joined forces after her November victory with Justice Democrats, a national campaign that aims to place a “new type of Democratic majority in Congress” made up of progressive candidates who have also pledged not to take any corporate PAC or corporate lobbyist money.

Justice Democrats and Ocasio-Cortez are choosing Jeffries as their initial target for several reasons.

Jeffries is too moderate and has taken too much money from corporate interests, according to the Justice Democrats, which also has a problem with his support of charter schools. 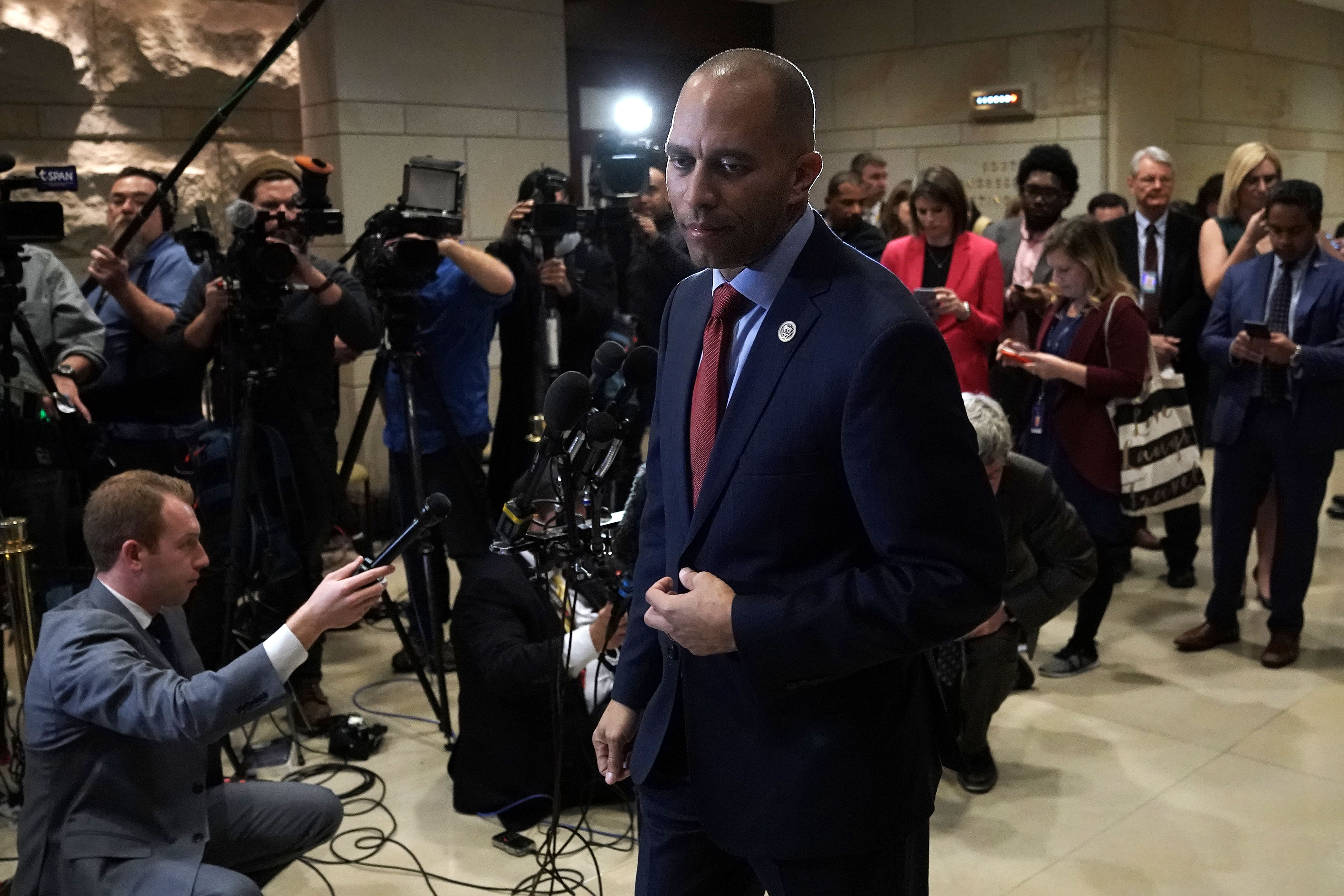 WASHINGTON, DC – NOVEMBER 28: Rep. Hakeem Jeffries (D-NY) leaves after he spoke to members of the media after a session of House Democrats organizational meeting to elect leadership at the Capitol Visitor Center Auditorium November 28, 2018 in Washington, DC. (Photo by Alex Wong/Getty Images)

For Ocasio-Cortez, her desire to remove Jeffries from his post is “personal,” and “she’s going to go all out to take him out.” (RELATED: Lindsey Graham Has A Recommendation For Ocasio-Cortez After She Likens The Holocaust To The Migrant Caravan)

The just shy of 30-year-old rep.-elect is reportedly unhappy with the fact that Jeffries won the House leadership position over her choice, the more progressive Rep. Barbara Lee of California, who donated to Ocasio-Cortez’s campaign.

Jeffries allegedly used the donation to campaign against Lee as they lobbied for the position, something those involved have denied, according to the report.

“We’re disappointed in the way that the leadership elections went down, specifically that leadership election,” Corbin Trent, a spokesperson for Ocasio-Cortez, said. “We would have liked to have seen that be a more fair fight with less pressure.”

As Ocasio-Cortez and the Justice Democrats reportedly ramp up efforts to replace Jeffries, he doesn’t appear to be too worried.

“It’s a free country and democracy is a beautiful thing,” Jeffries responded to reports. “Spread love, it’s the Brooklyn way,” he added, referring to lyrics from rapper Notorious B.I.G.