New York Democratic Rep.-elect Alexandria Ocasio-Cortez has yet to be sworn into the new 2019 Congress, but she is already seeking scalps in the Democratic leadership.

The congresswoman-to-be is eyeing a primary challenger for Rep. Hakeem Jeffries, who represents New York’s 8th congressional district. According to a recent Politico report, Ocasio-Cortez is looking to recruit and endorse a challenger to Jeffries. (RELATED: As Her Party Scrambles For Unity, Rising Star Ocasio-Cortez Seeks To Oust Another Legacy Democrat)

Politico spoke with a person who has knowledge of Ocasio-Cortez plans to fill more seats in the House with “Justice Democrats.” That person said that Ocasio-Cortez will be recruiting far-left, anti-incumbent challengers across the country and that an “African-American woman” has already been selected to challenge Jeffries:

Ocasio-Cortez, who ousted House Democratic Caucus Chairman Joe Crowley earlier this year in a shocking primary victory, put colleagues on notice for future primaries just days after the November election, telling a livestream audience that she and an allied group, Justice Democrats, would keep working together to boost anti-incumbent challengers — though she didn’t name names. But a person who has discussed the project with Ocasio-Cortez and her team said the congresswoman-elect has recruited an African-American woman to challenge Jeffries, who was just elected to replace Crowley as caucus chairman — the No. 5 House Democratic leadership position. 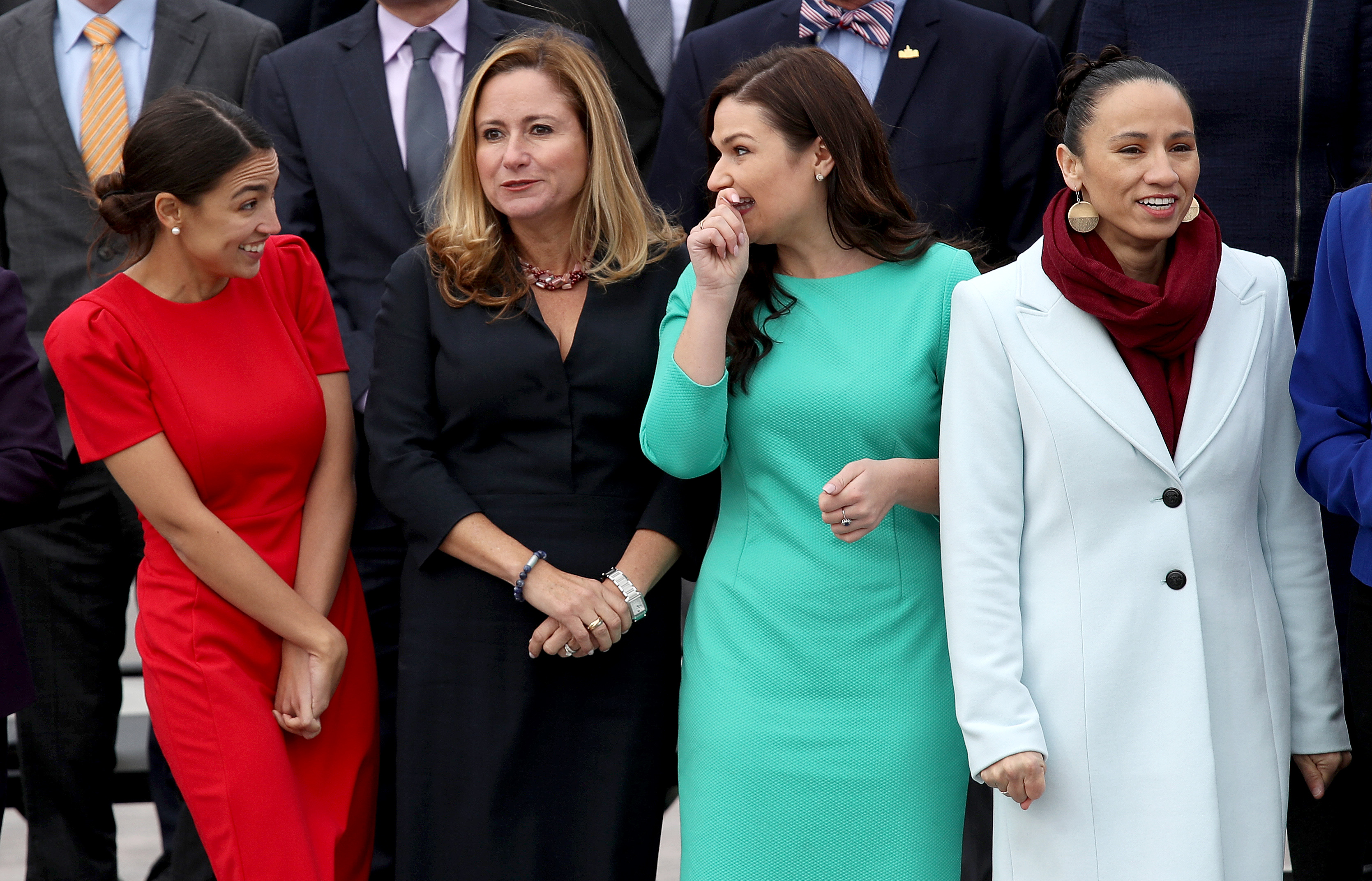 WASHINGTON, DC – NOVEMBER 14: (L-R) Representatives-elect Alexandria Ocasio-Cortez (D-NY), Debbie Mucarsel-Powell (D-FL) Abby Finkenauer (D-IA), and Sharice Davids (D-KS) join with other newly elected members of the House of Representatives for an official class photo of new House members at the U.S. Capitol on November 14, 2018 in Washington, DC. Newly elected members of the House are in Washington this week for orientation meetings. (Photo by Win McNamee/Getty Images)

The source went on to call Jeffries the “highest priority” of Ocasio-Cortez to replace with a Justice Democrat challenger.

Jeffries is a popular and powerful Democrat in the House caucus and is seen as a rising star in his own right. The report cites Jeffries relationship with banking and corporate interests as souring his relationship with Ocasio-Cortez. Jeffries worked as a corporate lawyer for Viacom and CBS before joining Congress in 2012.

Ocasio-Cortez defeated incumbent Democrat Joe Crowley in a stunning primary victory earlier in the year. Since arriving in Washington, Ocasio-Cortez has rocked the boat, leading protests inside Pelosi’s office and battling other members of Congress on Twitter on a near-daily basis.