The portrait was taken Saturday in the Cross Hall of the White House in Washington, D.C. on the same night as the White House Congressional Ball, in which the president and the first lady stunned the audience with their dapper looks. 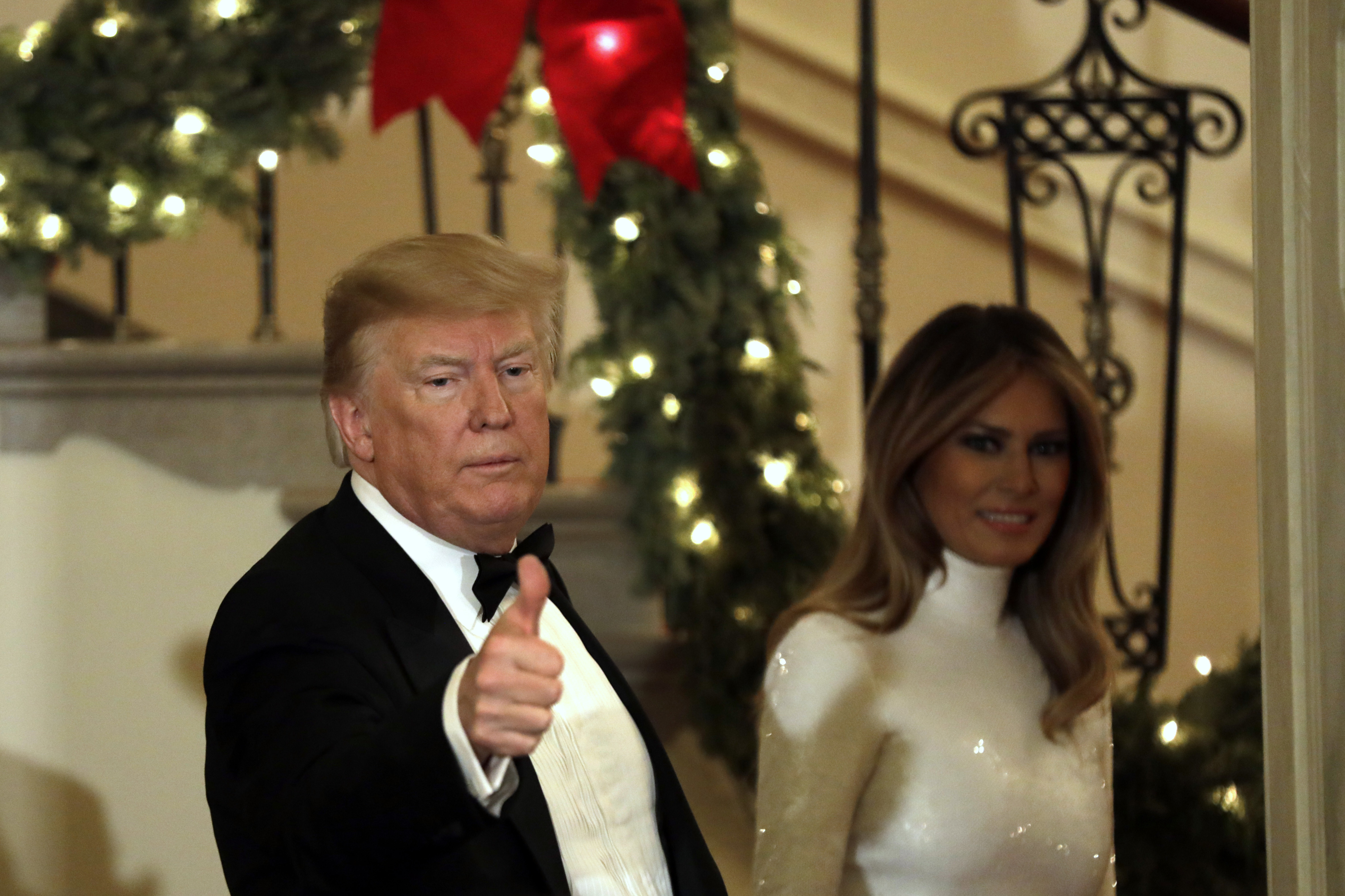 The official portrait features Melania in a sparkling white Celine gown with long sleeves and a high neck that was lauded during the Congressional Ball. The dress was long and form-fitting and paired with sky-high shimmering stilettos.

The president opted for a simple black tuxedo with a white shirt and black bow tie, allowing the first lady plenty of room to shine. 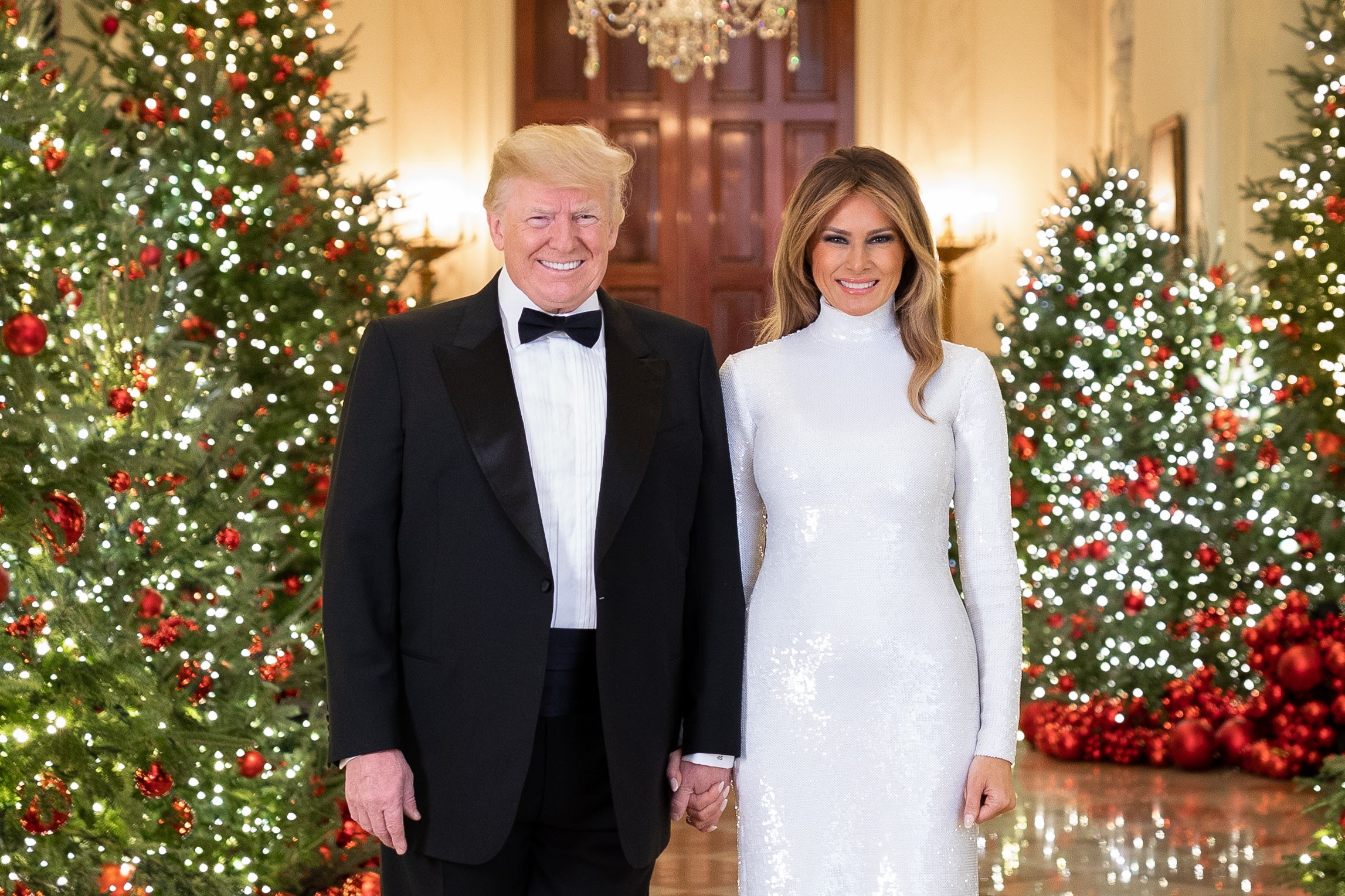 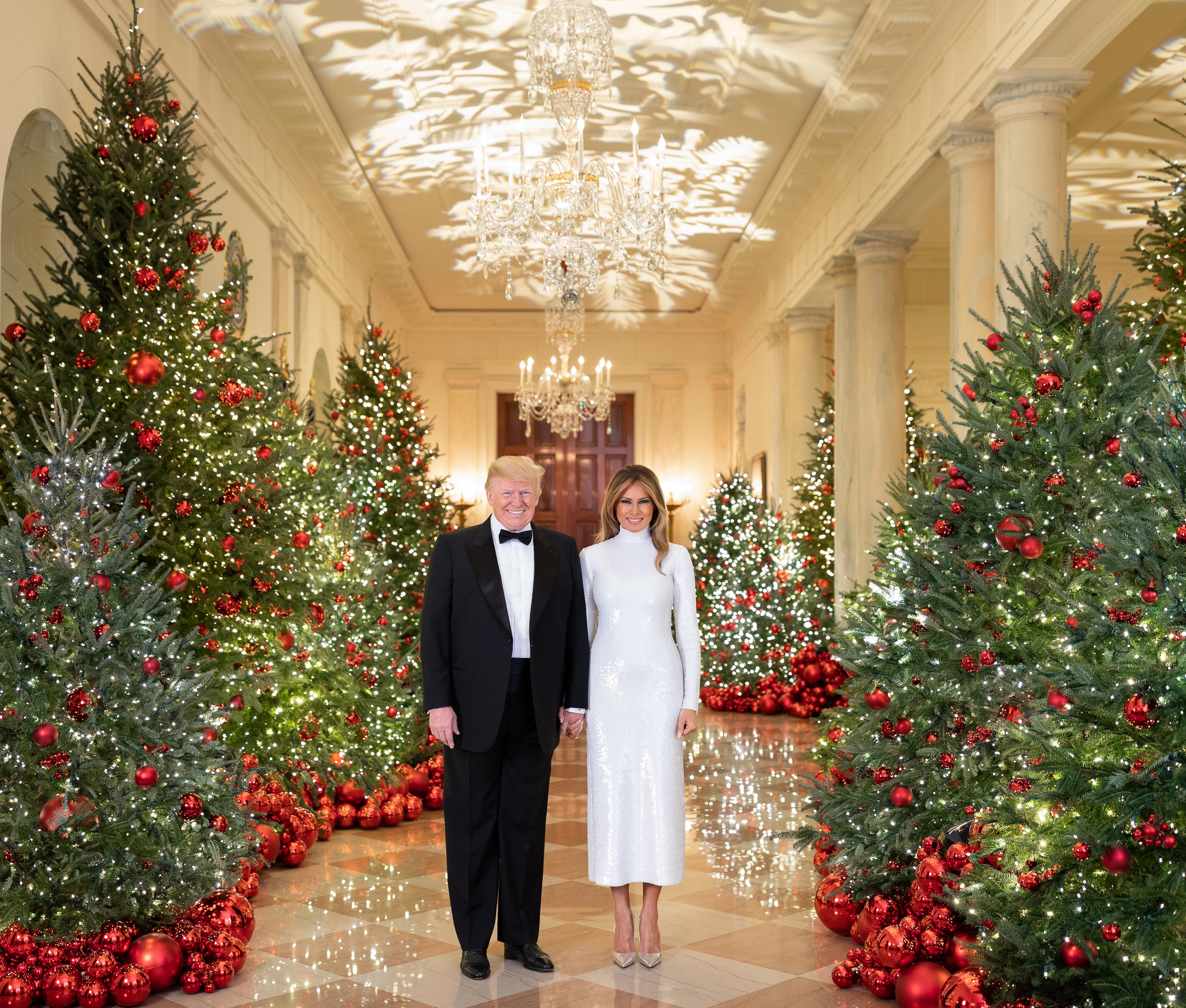