“Motorists should take utmost care as they approach toll gates and motorway access ramps due to the presence of numerous pedestrians,” Vinci Autoroutes said in a statement, according to Reuters. (RELATED: French Protester Loses His Hand After Reportedly Grabbing An Active Stun Grenade)

The yellow vest protests, so-called because of the neon traffic vests demonstrators wear, have raged across France since mid-November calling for lower taxes, broader social programs and French President Emmanuel Macron’s resignation. The original protests sparked over a proposal to raise the tax on gas and diesel at the start of 2019.

Macron ditched the proposed carbon tax Dec. 5. Macron made other concessions to the protesters in an address to the French people Dec. 10, promising to raise the minimum wage and eliminate taxes on overtime work and poor pensioners. 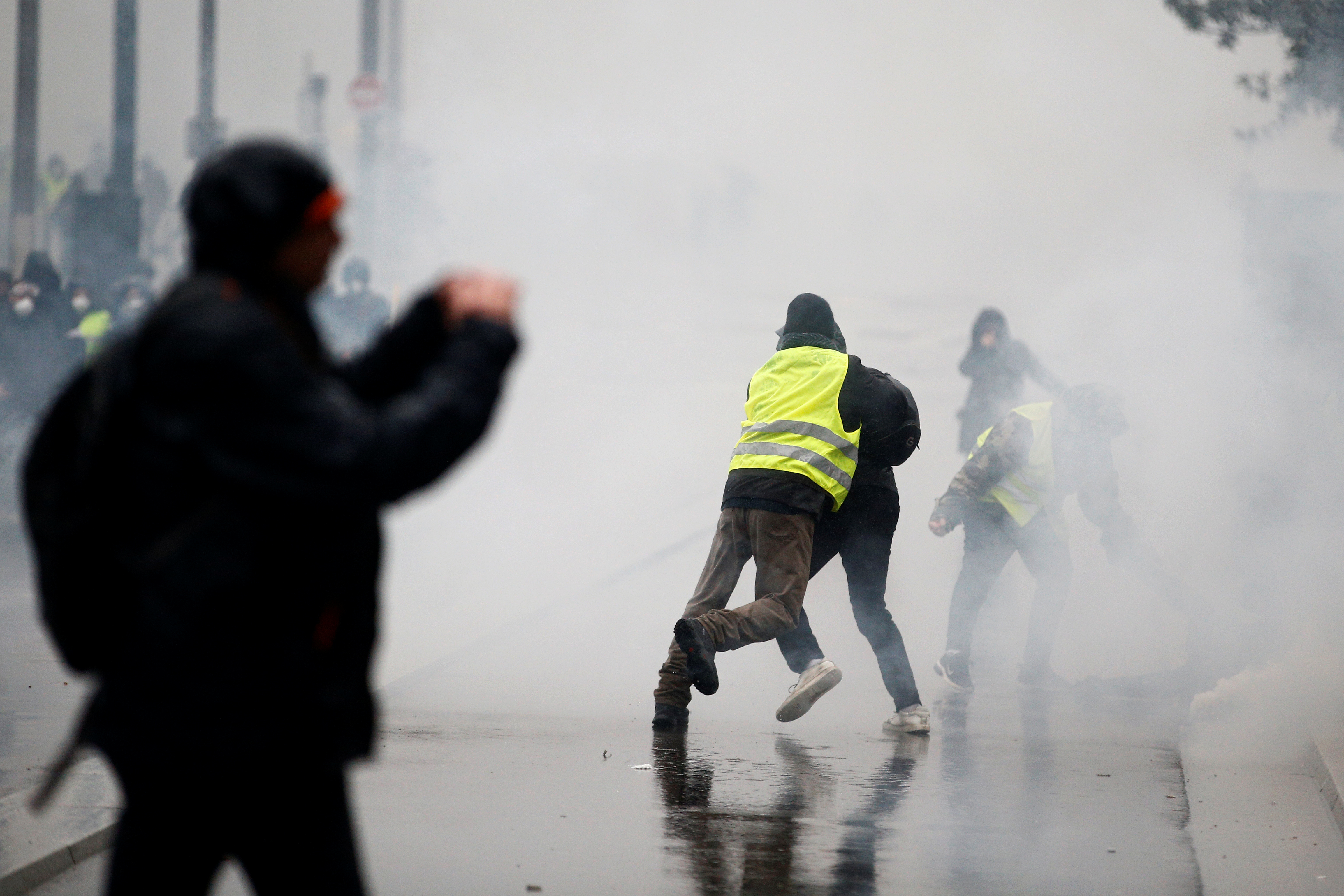 A man wearing a yellow vest tackles a protester as tear gas floats in the air during clashes with police at a demonstration by the “yellow vests” movement in Nantes, France, December 15, 2018. REUTERS/Stephane Mahe

“I feel the anger. Give us another chance,” Macron said in his televised speech. “I don’t want the French people to be divided.”

For four straight weekends, protesters marched through the streets of Paris and other towns and cities across France. The demonstrations sometimes turned violent as protesters started fires, fought police and looted stores. Police arrested hundreds.

French police have ramped up efforts to contain the crowds in recent weeks. Armored vehicles patrolled the streets of Paris for the first time since World War II on Dec. 8. About 8,000 officers and 14 vehicles were deployed the past two weekends to contain violence and stop looting, which is taking a significant toll on the French economy.