Health care was a key issue in the 2018 midterm election, and Democratic presidential candidates will likely build their platforms around the issue in 2020 as well.

Many Democrats focused on issues of health insurance and health care leading up to Nov. 6. In fact, 71 percent of voters said health care was “very important” to them in the midterm elections, according to an October Kaiser Family Foundation poll. Voters ranked health care above the economy and jobs (64 percent) and gun policy (60 percent).

Democratic presidential candidates may attempt similar messaging in 2020 as they try to make President Donald Trump a one-term executive. (RELATED: One Of The World’s Biggest Pharmaceutical Companies Splits In Two)

Here’s where six potential presidential hopefuls stand on health care. Spoiler alert — more than half support Medicare for all. 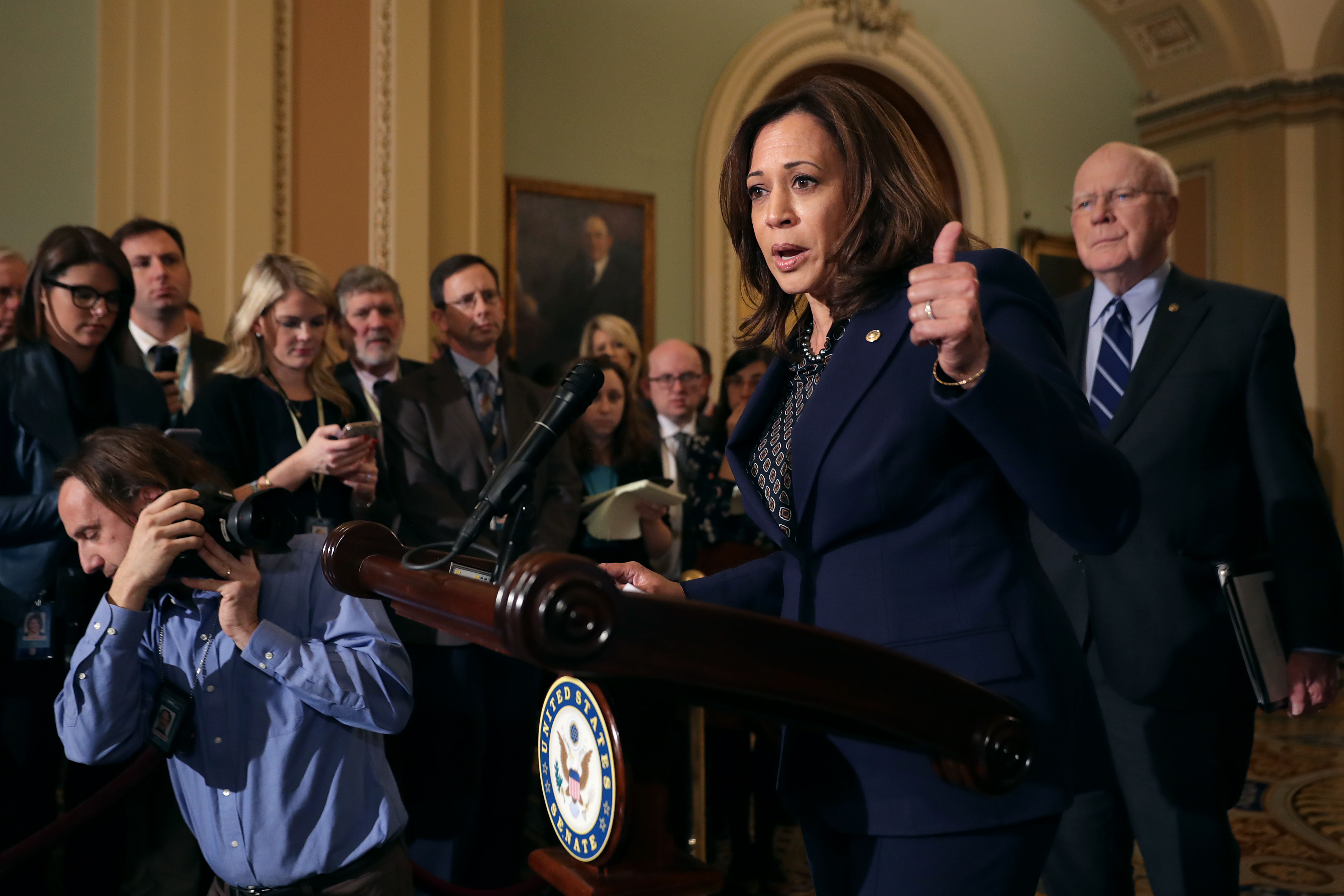 “I intend to co-sponsor the Medicare-for-all bill because it’s just the right thing to do. … It’s not just about what is morally and ethically right, it also makes sense just from a fiscal standpoint,” Harris said on Aug. 30, 2017.

She and 16 other Democratic senators introduced the legislation in September 2017, according to Sanders’s Senate webpage. It has languished since being referred to the Committee on Finance that same month.

Researchers have found that a Medicare-for-all plan like Sanders’s could cost as much as $42 trillion over a 10-year period.

Like Harris, Massachusetts Sen. Elizabeth Warren co-introduced Sanders’s Medicare for All bill in September 2017. She was accused of flip-flopping on Medicare for all after she refused to back a single-payer system during her 2012 Senate run.

Warren’s 2018 Senate campaign website declares that the Affordable Care Act of 2010 “made tremendous strides” but continues on to describe her support for Medicare for all. (RELATED: These Incoming Members Of Congress Want Medicare For All) 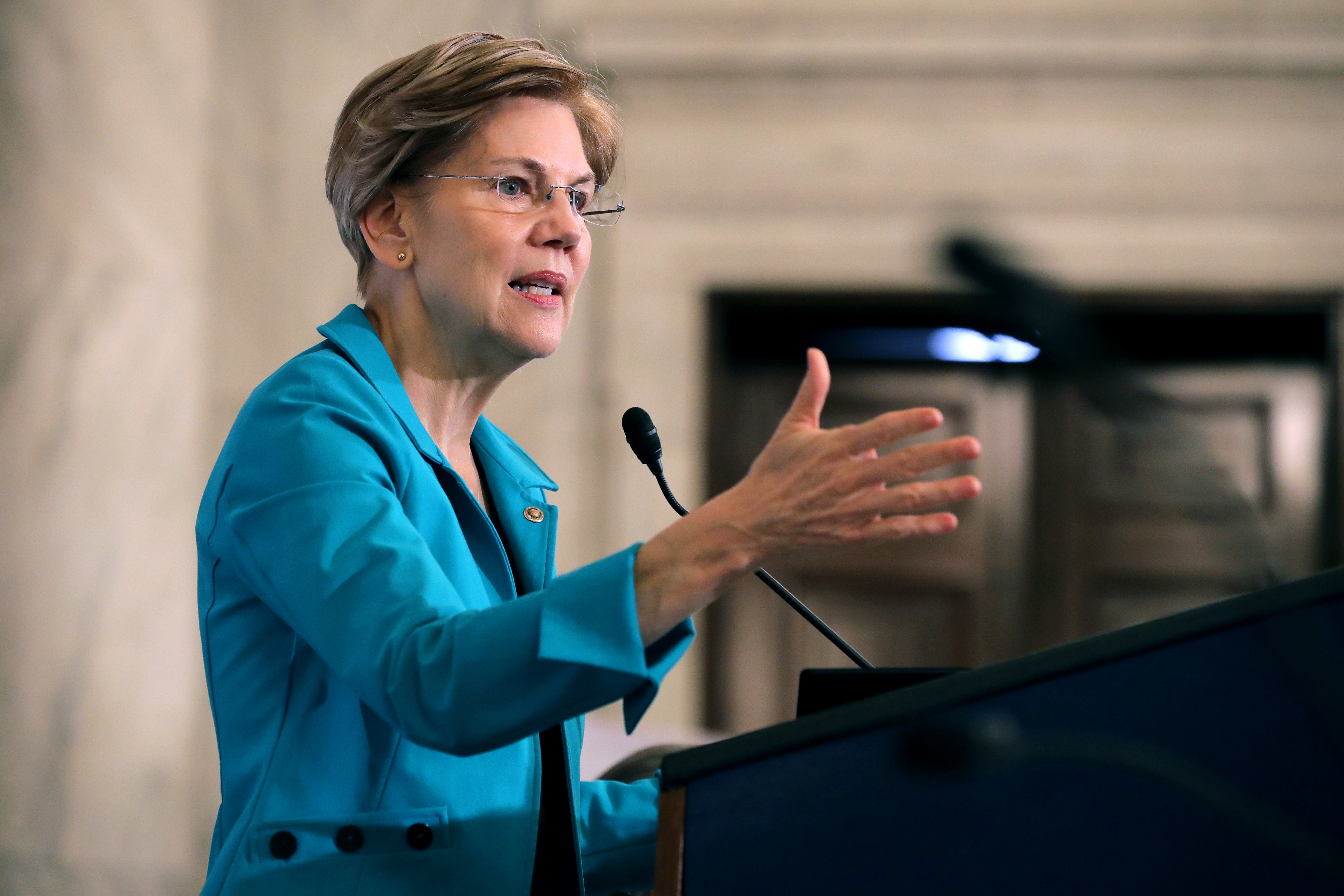 “In fact, we already have a program that works,” Warren’s website states. “It’s called Medicare. I’ve cosponsored Senator Bernie Sanders’ Medicare for All bill, which would create a public health care program available to all Americans. Medicare for All is a way to give every single person in this country a guarantee of high-quality health care that is much easier to navigate and more affordable, this will be possible if healthcare facilities start using programs to be able to keep records of their patients in a better way.”

And when it comes to prescription drug prices, Warren is already getting her legislative gears turning. She introduced a bill that would establish a government-run pharmaceutical manufacturer to compete with the private market Tuesday.

Many voters may remember when a hot mic picked up Biden calling the Affordable Care Act (ACA) a “big fucking deal” in 2010, but time will tell whether he remains as enthusiastic about what is now seen by some as a rather moderate health care platform.

He came out hard against Republicans’ 2017 attempt to repeal and replace the ACA.

“I ain’t going anywhere. This is not going to pass,” he said, even though he did not hold office at the time, according to NPR. And he was right. The ACA repeal and replace effort failed.

Biden has not gotten behind Medicare for all, and Vox predicts he might face pressure to say he supports Medicare for all in a 2020 Democratic primary where nearly all possible contenders strongly support the idea.

Democratic Maryland Rep. John Delaney’s term expires in 2019, and after that he plans to throw himself into campaigning. Delaney is the first and only Democrat to announce his presidential candidacy leading up to the 2020 race. 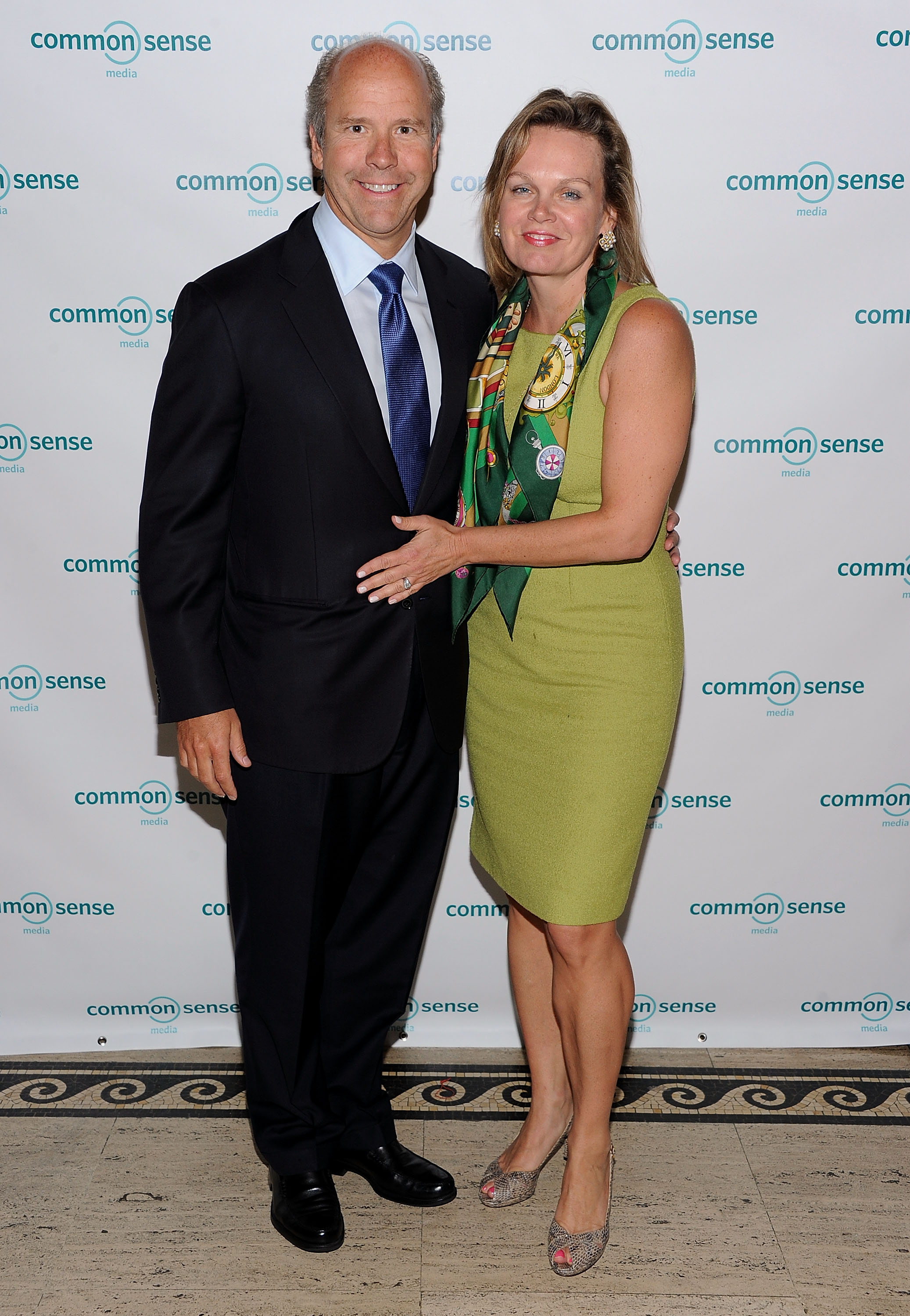 Delaney had not yet been elected to Congress when the ACA passed in 2010. He took office in 2013 and voted against an amended version of the American Health Care Act (AHCA) in May 2017. The AHCA was a foiled attempt to repeal and replace the ACA, and it passed the House although no Democrats voted for it, reported CNN.

Delaney’s campaign did not respond to The Daily Caller News Foundation’s request for information about his health care platform by the time of publication. Delaney’s website currently has vague language on health care that leaves him plenty of room to work out a policy position:

Every American should have the American Dream within reach. To do that, we need to fix some fundamentally flawed institutions—education, health care, the criminal justice system, infrastructure, retirement security—and I’ve got the ideas to do it.

New Jersey Sen. Booker is viewed by many as a 2020 contender and has already wed himself to Medicare for all.

Like Harris and Warren, he is a co-sponsor of Sanders’s Medicare-for-all bill as of September 2017.

“You should not be punished because you are working-class or poor and be denied health care. I think health care should be a right to all,” Booker said in September 2017, according to NJTV. “This is something that’s got to happen. Obamacare was a first step in advancing this country, but I won’t rest until every American has a basic security that comes with having access to affordable health care.”

Texas Rep. Beto O’Rourke lost his bid to unseat Republican Texas Sen. Ted Cruz in the 2018 midterm elections while running on a platform that included “achieving universal healthcare coverage,” which is similar but not the same as single-payer or Medicare for all.

O’Rourke did not sign on as a cosponsor of the 2017 Medicare-for-all bill introduced by former Rep. John Conyers, a Michigan Democrat.

“If you like the way Medicare works today, I don’t know why you wouldn’t use the same model in what is being called a Medicare for All bill. Instead, Conyer’s bill changes that model fundamentally, takes a big chunk of potential providers out of the mix and starts out with some entrenched opposition,” O’Rourke told the Texas Observer in September 2017. “I think we can do better.”

O’Rourke likes what he’s read of Sanders’ bill, but disagrees with having no copays for anyone and no premiums for low-income families — he’d prefer everyone pay in to some extent.

The webpage does not mention Medicare for all.

However, O’Rourke was advocating for single-payer as the “only way” forward on Facebook in July 2017, when his race against Cruz was just beginning.