Antifa activist Yvette Felarca has gone from violently roughing people up on the streets — and getting caught on video while doing so — to getting figuratively roughed up in the courtroom.

Now, according to attorneys, it’s concerning that her fight against fascism isn’t getting the same recognition as the heroes who fought Nazis during World War II.

Felarca, who faces charges of felony assault and misdemeanor inciting a riot, was one of four charged after a violent protest was caught on video in 2016. California Highway Patrol had recommended charges against 96 others as well, but the district attorney could only find evidence to support charges against four — three anti-fascist protesters and one alleged white supremacist.

So far, the California middle school teacher, who has been associated with both Antifa and at least one other self-described anti-fascist group known as By Any Means Necessary (BAMN),  has presented a litany of litigations aimed at getting her out of trouble. (RELATED: Group Fellow Socialists Call ‘Violent Sect’ That ‘Dupes Mainstream’ Playing Role In Migrant Caravan)

A series of court decisions have not gone Felarca’s way. Two judges so far have failed to dismiss the case against her stemming from the 2016 riot, and in October, a judge dismissed her lawsuit meant to block conservative watchdog group Judicial Watch from obtaining emails regarding her involvement with both Antifa and BAMN. 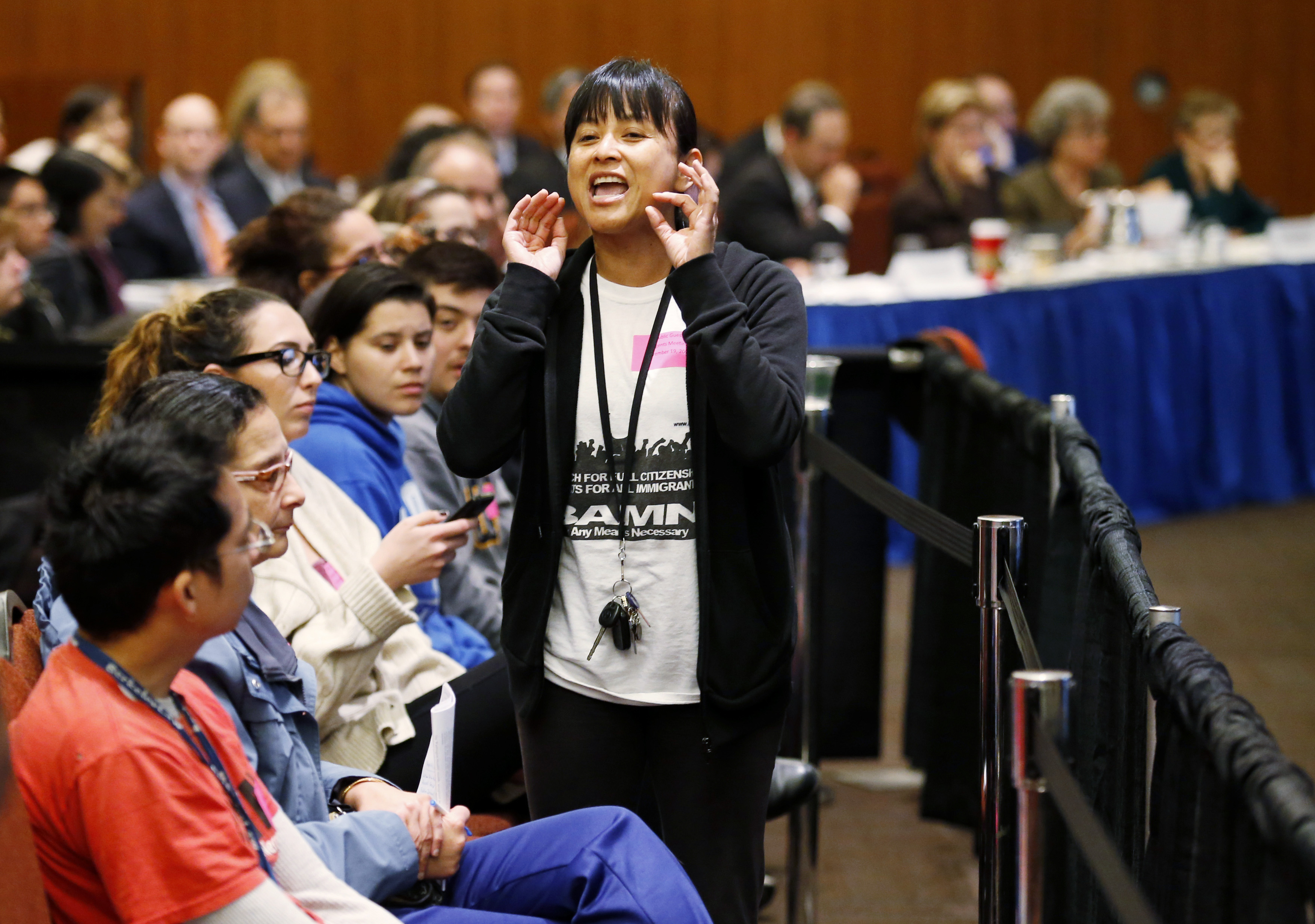 When Felarca lost that lawsuit against Berkeley Unified School District (BUSD), the floodgates opened. Records revealed threats and angry phone calls directed at the school district because of Felarca — who was only briefly placed on paid leave after the initial incident in 2016.

The most recent hearing, initially set for December 18, was delayed until January 22 because Felarca’s Michigan-based attorney came down with the flu. The judge’s failure to dismiss the case outright led attorney Mark Reichel — who is representing another client — to claim that she and other activists are being unfairly targeted for political reasons.

The district attorney is “selectively prosecuting people that fought fascists,” Reichel said, adding, “We used to call them heroes in World War II.”

Judge Michael Savage, who refused to dismiss the felony case against Felarca in May, explained, “Simply nothing in these exhibits supports the defendants’ claims … that they were unjustly or unfairly culled out.”

Sacramento County deputy district attorney Paris Coleman also spoke to claims that the prosecution was racially or politically motivated, saying, “No one from my office really cares [about the race of the defendants]. That’s not why they were charged. They are captured on video committing crimes, unfortunately for them.”