Islamic State (ISIS) fighter Michael “Younnes” Delefortrie — who was raised Catholic — explained “revenge” inspired him to join the terrorist organization and justifies brutal killings in an interview with the Clarion Project.

“The cruelty of burning and drowning people, it’s not literally in the Koran, but we reflect on the right of revenge,” Delefortrie told the Clarion Project. “That’s actually why it’s allowed.”

The Clarion Project is “a non-profit organization that educates the public about the dangers of radical Islam,” according to its website.

Delefortrie grew up in a middle-class home in Belgium and was raised Catholic. He served as an altar boy in his local church, the Clarion Project reported Wednesday.

He converted to Islam when he was 16 years old, changing his name to “Younnes,” which translates to dove in Arabic, Clarion reported.

Delefortrie joined radical Islamist group “Sharia4Belgium” in 2009 and traveled to Syria in 2013 to fight for ISIS, according to CNN.

ISIS operates according to a mission of revenge, Delefortrie said.

“[Revenge] is completely acceptable according to Islam, and this even goes further to the killing of women … and civilian casualties,” he said.

Delefortrie cited Jordanian pilot Lt. Muadh al-Kasasbeh, whom ISIS burned alive, alleging al-Kasasbeh was given the same punishment as those the pilot killed on the ground with his bombs. A video of the pilot’s brutal murder surfaced in February 2015.

Burning al-Kasasbeh alive is retaliation for and representative of houses burning on the ground, according to Delefortrie.

“He’s being punished the same way that he punished people on the ground,” Delefortrie said.

He also justified the horrific incident by saying ISIS uses said methods because the group doesn’t have advanced weapons of war — F-16s and fighter jets — like the U.S. and Europe. (RELATED: Secret Service Foiled ISIS Assassination Attempt On President Trump)

The ISIS fighter returned to Belgium after five weeks of fighting in Syria. He and 45 others were arrested and found guilty of terror-related charges, and received only three years probation, Clarion reported.

Neither counseling nor a de-radicalization program was required as part of his probation, according to Clarion. 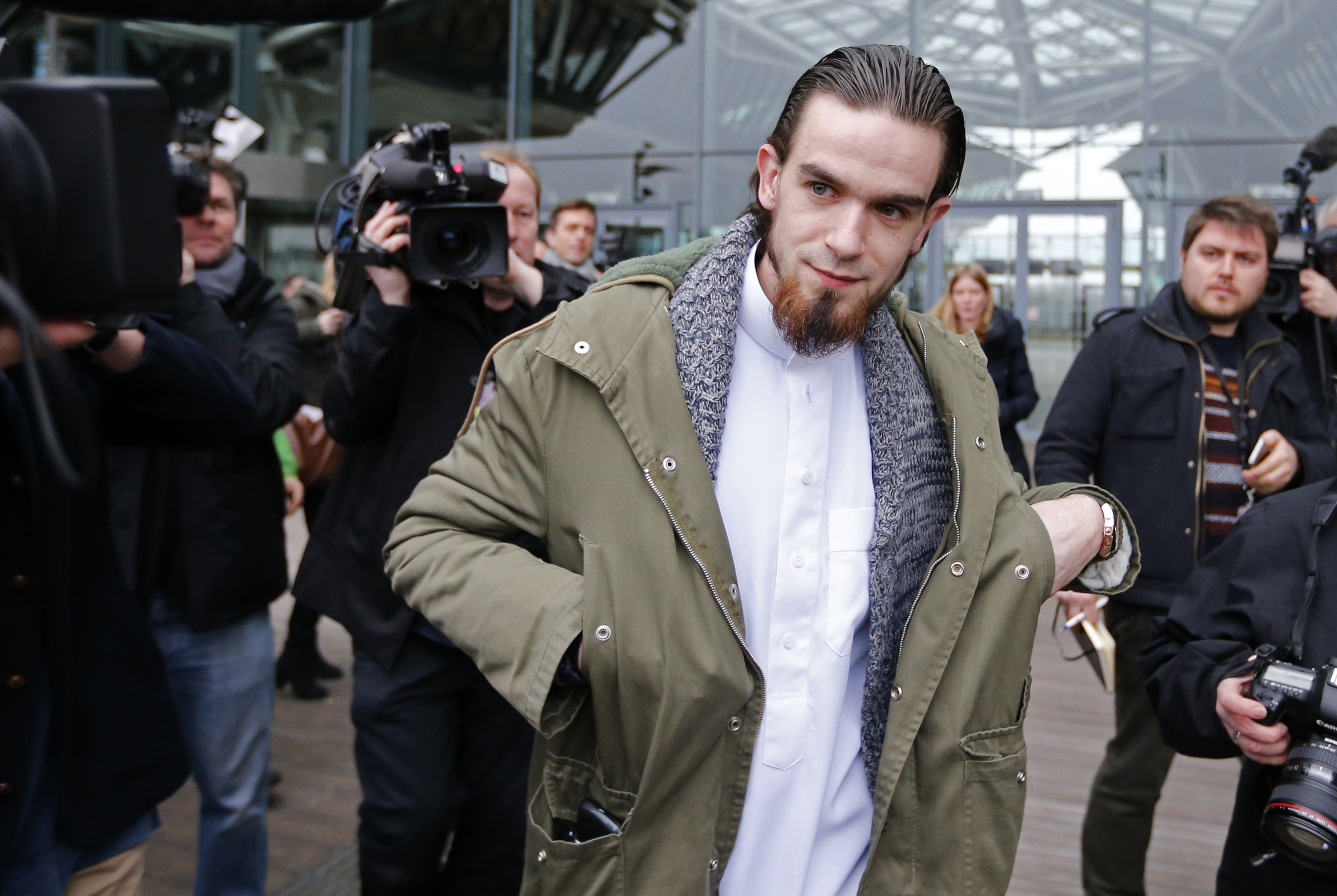 Michael Delefortrie, who is convicted of being part of “Sharia4Belgium”, leaves after the verdict is delivered in a trial of the group in Antwerp February 11, 2015. REUTERS/Francois Lenoir

Delefortrie has been married three times and fathered a number of children, one of whom he named after Osama bin Laden, according to Clarion.

Numerous other ISIS militants have been arrested and convicted. U.S. Army Sgt. Ikaika Erik Kang, who reportedly spent his time watching ISIS videos, was sentenced to 25 years in prison Dec. 5 for his “betrayal.”

The United Nations estimates there are approximately 20,000 to 30,000 ISIS militants in Syria and Iraq.