Hoffman gave the operatives $100,000 for their project, which included creating fake conservative Facebook accounts to dissuade voters from supporting Moore, according to the Times.

Media outlets — both in Alabama and nationally — fell for the ploy and amplified the false narrative in October 2017. (RELATED: What The Media’s ‘Russian Bots’ Coverage Is Getting All Wrong)

Roy Moore just picked up a whole bunch of twitter followers. But they ain’t from around here, comrade. pic.twitter.com/vJBPVxqWIW

The Montgomery Advertiser, an Alabama affiliate of USA Today, was the first to run with the story. Brian Lyman, the reporter on that story, did not immediately return The Daily Caller News Foundation’s request for comment. National media outlets quickly seized upon Lyman’s story.

The Washington Post focused its story on the fact that Moore blamed Democrats for the fake accounts. 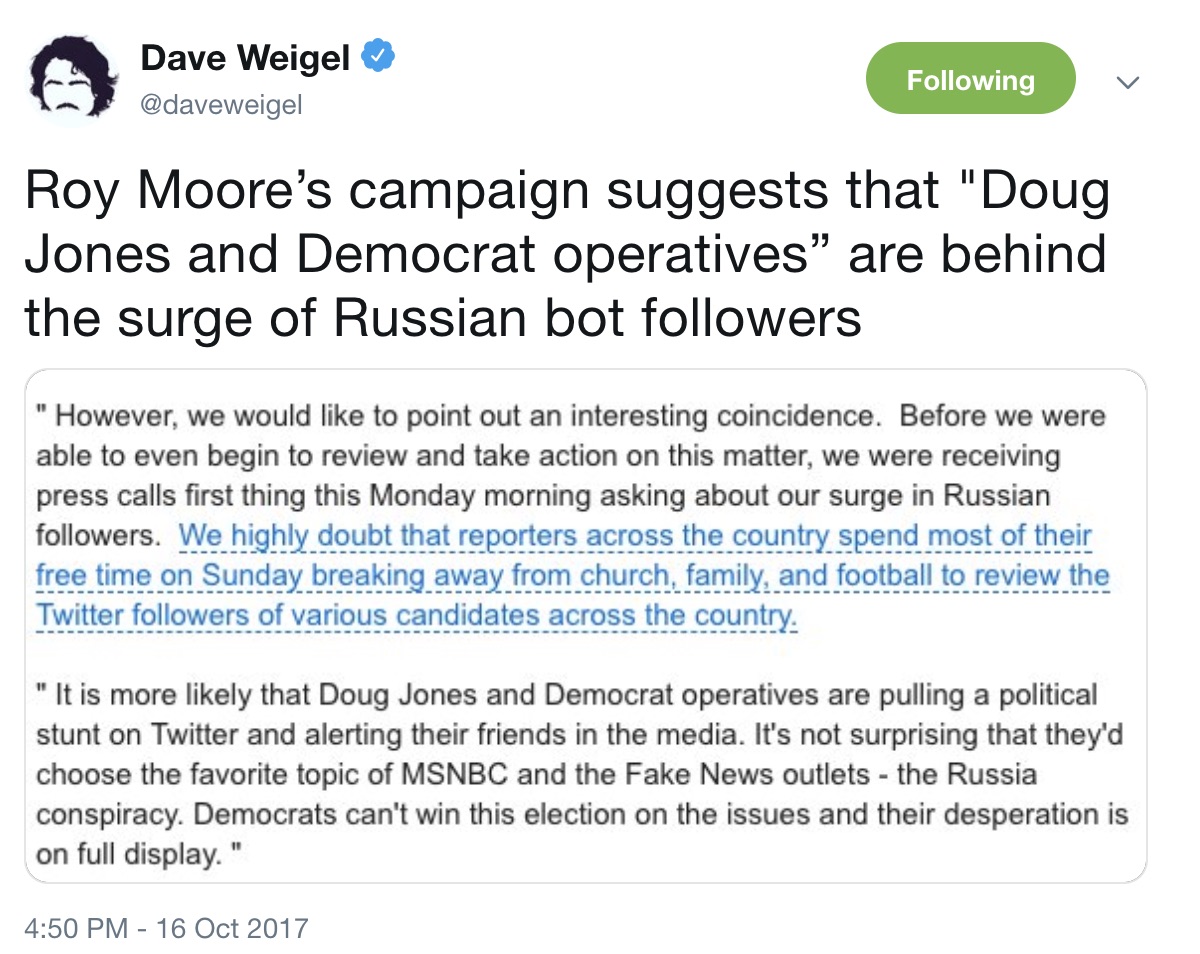 Moore was mocked on Twitter at the time for blaming Democrats for the fake followers. 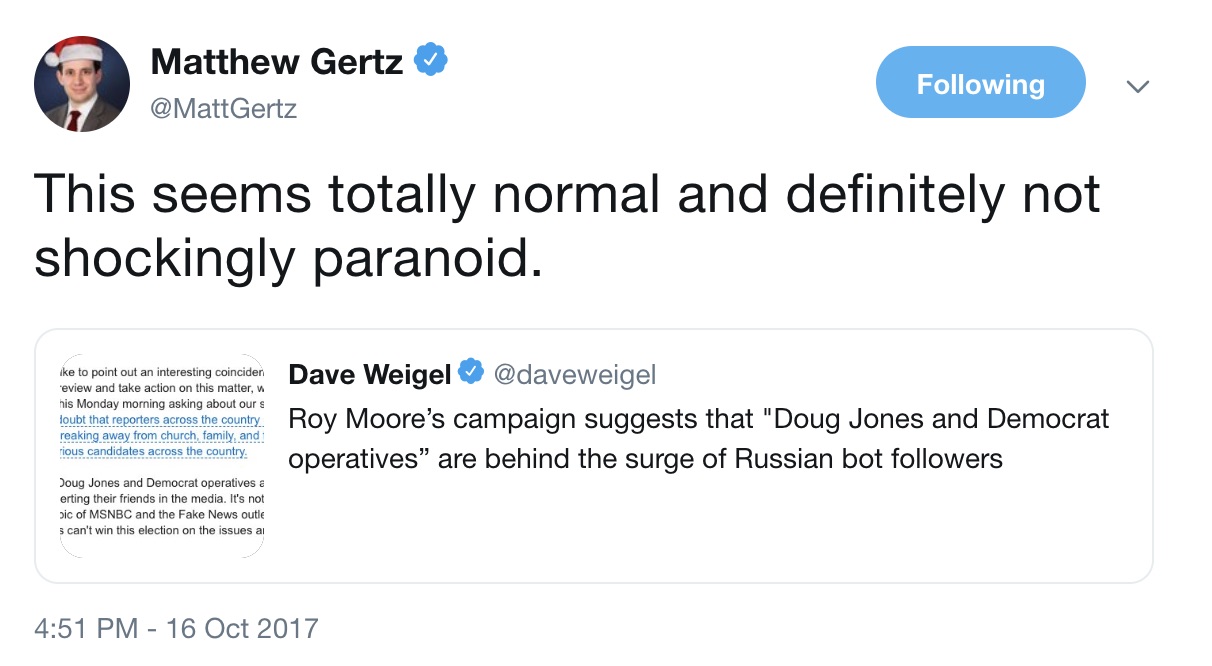 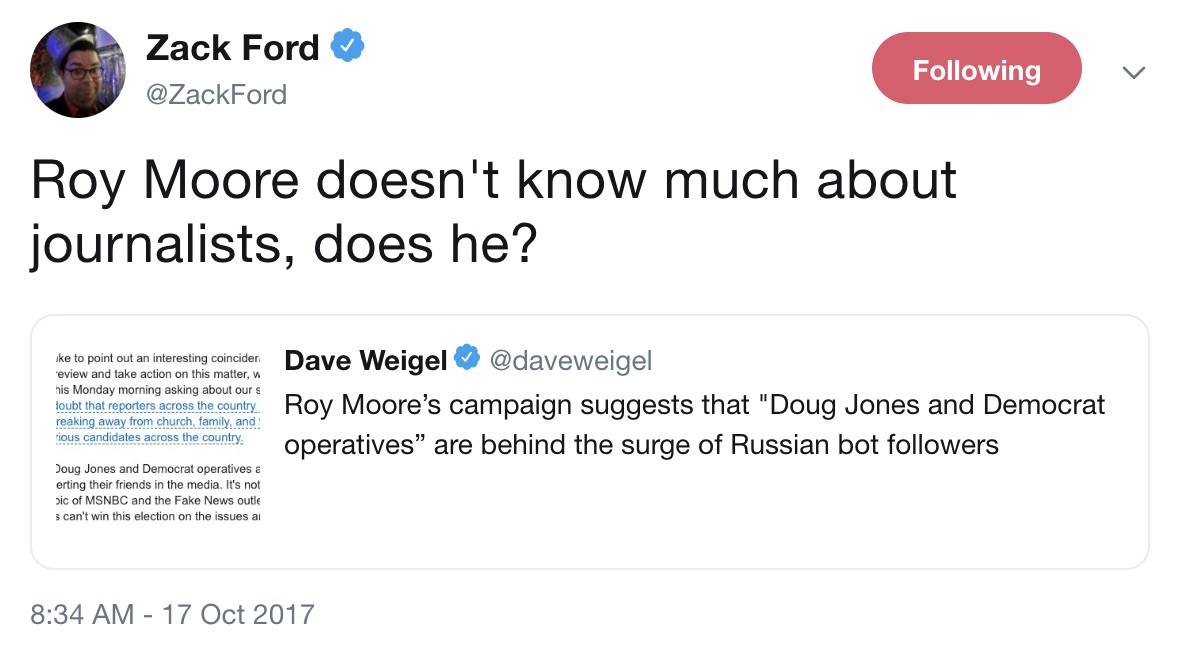