The creator of a new Broadway musical featuring a lesbian couple has invited Vice President Mike Pence to attend.

Chad Beguelin, co-writer and lyricist for “The Prom,” reportedly told Pence via personal invitation that the set is in Indiana “because of you.”

“I think you really need to come and see ‘The Prom,’ and also, we set it in Indiana because of you,” read the invitation, according to NBC News.

“‘The Prom’ centers around Emma, a 17-year-old high school student whose small Indiana town cancels its prom after Emma tries to bring her girlfriend, Alyssa, to the event,” NBC News reported, adding that the story was inspired by real-life events — and Pence. 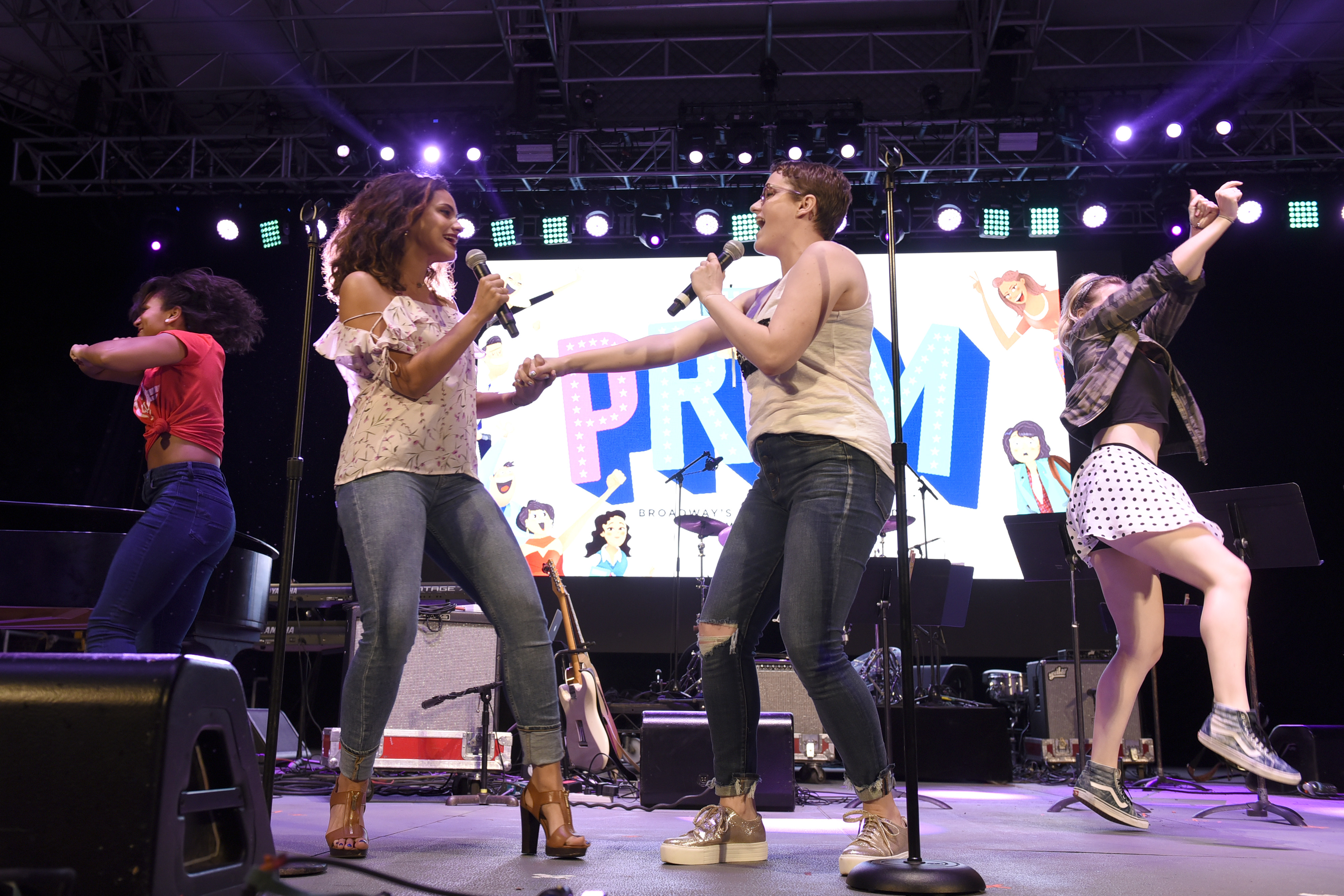 “He had seen several instances where, you know, same-sex couples were banned from their prom,” said Beguelin. “The depressing thing is, they keep sort of happening … Every once in a while a few months will go by, and then someone will email us another, you know, high school that decided that no gays or lesbians can come to the prom. You know, it’s sad that it still happens.”

“Our show isn’t about ostracizing people,” the play’s co-writer told NBC News. “Our show is not about telling people, ‘You are wrong.’ Again, it’s about listening and empathy and accepting, and so my invite would just be like, ‘Listen to our show. It’s about love.'”

“There are some people that are like, ‘I was that homophobic parent, and I didn’t know what the show is about, and now I’ve really got to sort of reexamine my point of view,'” Beguelin said.

No word on whether Pence has accepted the invitation. The vice-president was famously lectured by actors after attending the Broadway play “Hamilton” in 2016. (RELATED: Face It Gays: Trump Is Our Friend)

“Vice President-elect Pence we welcome you and we truly thank you for joining us here at Hamilton the musical. We really do. We, sir, we are a diverse America who are alarmed and anxious that this new administration will not protect us,” said “Hamilton” cast member Brandon Victor Dixon in November 2016.