Flights in and out of one of England’s busiest airports were halted Wednesday night into Thursday morning after multiple drones were spotted flying nearby in what authorities are calling a deliberate effort to disrupt travel.

More than 100 flights have been grounded at Gatwick Airport, Britain’s busiest airport behind London Heathrow, and authorities don’t see the situation being resolved soon.

“There are 110,000 passengers due to fly today and the vast majority will see cancellation and disruption,” Chris Woodroofe, Gatwick’s chief operating officer said, according to NBC News.

“Realistically it’s going to take several days to recover,” he added, amid one of the busiest travel times of the year as the holidays approach.

Police and military forces alike were called to respond to the drone flights after Sussex police said the unmanned aircraft were of “industrial specification,” meaning it wasn’t bought off the shelf and isn’t being used as a toy, Britain’s aviation minister Liz Sagg said.

Authorities have not yet found the source of the drones or who is operating them, but they do believe it is a “deliberate act to disrupt the airport.”

“Each time we believe we get close to the operator, the drone disappears; when we look to reopen the airfield, the drone reappears,” Sussex Police superintendent Justin Burtenshaw told the U.K.’s Press Association. (RELATED: Airport Travelers Stop, Stand And Sing National Anthem For Children Of Fallen Service Members)

Gatwick first closed its runway Wednesday night around 9 p.m. local time after two drones were spotted. It was reopened at 3:01 a.m. and closed again less than 45 minutes later after more drones were seen flying around the airspace, authorities said.

“I’m talking about an act that is deliberately seeking to affect the tens of thousands of passengers that wanted to fly from Gatwick today, this close to the Christmas period,” Woodroofe said. “It’s them who have paid the price of this deliberate act.” 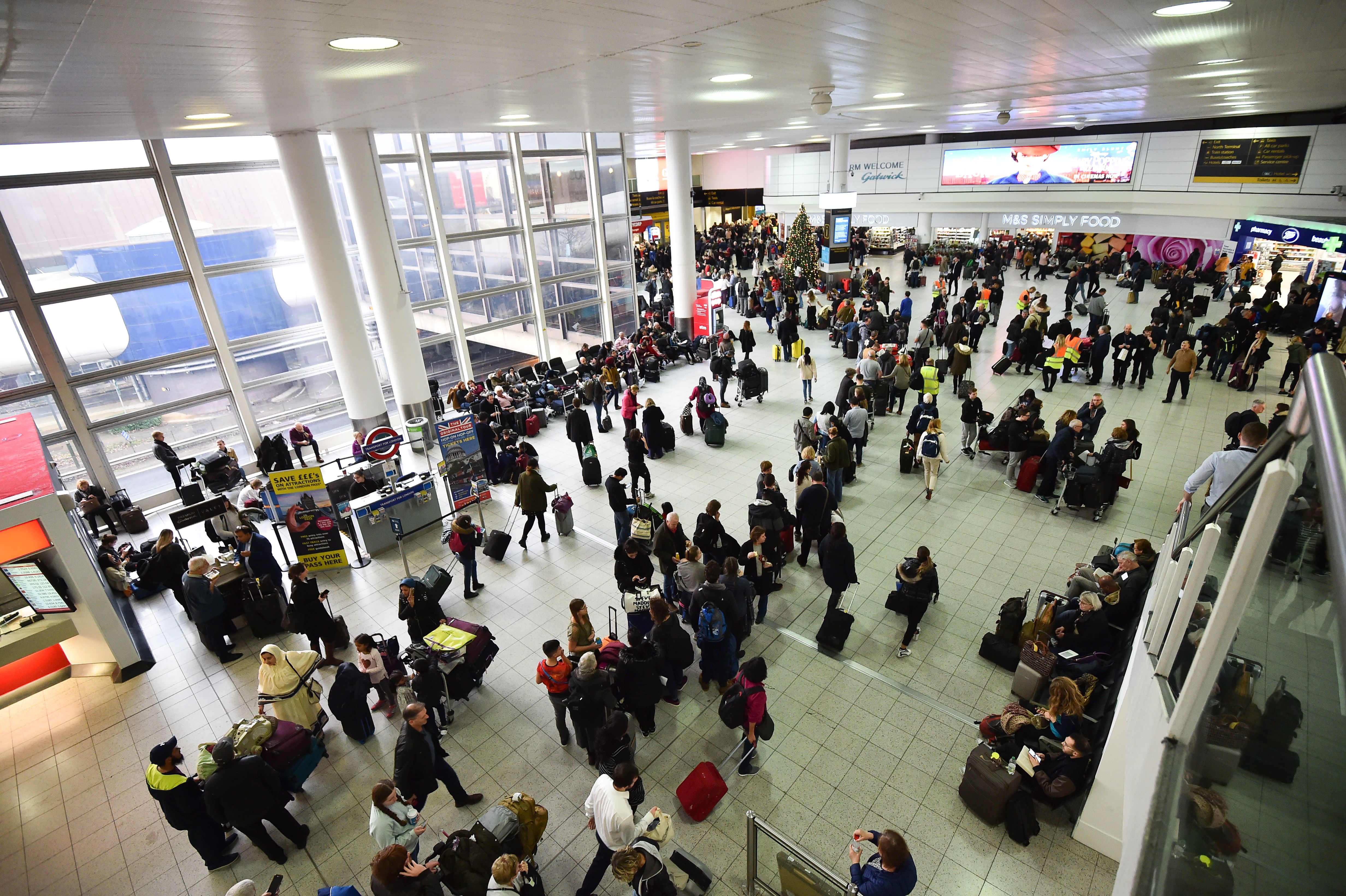 Passengers wait at London Gatwick Airport, south of London, on December 20, 2018 after all flights were grounded due to drones flying over the airfield.  (Photo by Glyn KIRK / AFP)

Flying a drone this close to an airport and “endangering an aircraft” can result in up to five years in prison, according to the U.K.’s Department of Transport.

“Even two kilograms of metal and plastic, including the battery, hitting an aircraft windscreen or engine or a helicopter tail rotor, could be catastrophic,” Rob Hunter, the head of flight safety at the British Airline Pilots’ Association, told TheWSJ.

Another aviation expert told CNN that he’s “seen nothing on this scale before,” and warned that whoever is responsible has had to bring the drones back to the ground to change the battery, given how long the drones have been flying.