Between apologies, affirmative action policies and renamed buildings, Georgetown University works hard to atone for its history with slavery — but it received money from a middle-Eastern country where slavery is rampant.

Data from the U.S. Department of Education shows Georgetown accepted nearly $333 million from Qatar-affiliated organizations between 2011 and 2016. (RELATED: Elite Universities Hide Information On Funding From Ultraconservative Nation Of Qatar)

“Instances of delayed or unpaid salaries are a leading driver of forced labor in Qatar,” according to the U.S. Department of State’s 2018 Trafficking in Persons Report. “Many migrant workers often live in confined, unsanitary conditions, and many complain of excessive working hours and hazardous working conditions; threats of deportation and physical or financial harm; and physical, mental, or sexual abuse.”

The Daily Caller News Foundation contacted Georgetown multiple times for comment, with no response as of publication.

University President John DeGioia created a Working Group on Slavery, Memory, And Reconciliation in 2015 to find ways to address Georgetown’s affiliation with slavery. The group distributed “What We Know: Georgetown University and Slavery” booklets across campus prior to a December 2015 teach-in that delved into the university’s “distressing chapters.”

Georgetown announced in 2016 a special affirmative action policy for descendants of slaves sold by university affiliates, collectively known as GU272. The university apologized in April 2017 for benefiting from the sale of slaves when a Jesuit society affiliated with Georgetown sold 272 slaves to save the college from financial ruin in 1838. Two students were admitted to the university in 2017 due to the policy.

The school also renamed buildings to honor people of color who were part of Georgetown’s history. 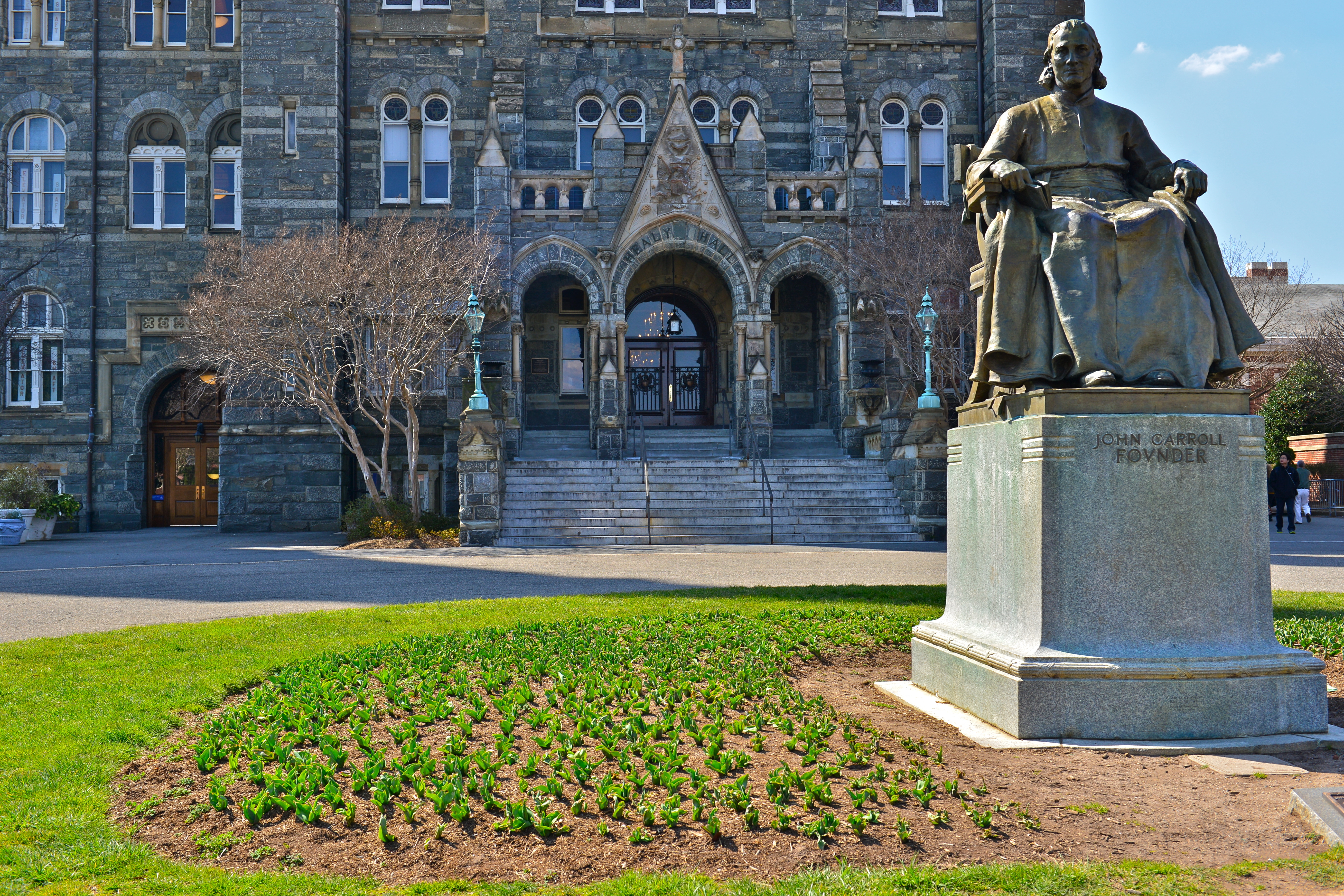 The working group made other recommendations, like recommending new students visit slavery-affiliated sites around campus and creating an institution for further research and curriculum development related to slavery at the university, Washington, D.C., and “Catholic America.”

Qatar was the top foreign funder of U.S. universities between 2011 and 2016, giving over $1 billion. The Sharia-law monarchy nation was accused by Egypt, the United Arab Emirates and Bahrain for meddling in other countries’ governments and funding terrorism. It also has influence through Al Jazeera, a media organization.

Nearly 90 percent of Qatar’s foreign workers needed permission to leave the country, Reuters reported in 2015. Qatar is one of few nations mandating workers gain permission from their employers before being able to travel, according to Global Constructive Review.

“The tragedy of 1.7 million migrant workers trapped in Qatar defines modern day slavery,” the International Trade Union Confederation said in 2015, according to Reuters.

“Have you ever stood for 12 hours straight?” a security guard who works for one of Qatar’s extravagant hotels said, The Guardian reported in October. “[At first] I couldn’t walk properly because I felt like my joint was dislocated. But I had to do it anyway, because I have to recover the money that I paid to the agent to come here … It feels like you’ve been punched in the head a thousand times.”

Nepalese laborers in Qatar died at a rate of almost one a day, The Guardian reported in 2013.

“We were working on an empty stomach for 24 hours; 12 hours; work and then no food all night,” one of the laborers said, according to The Guardian. “When I complained, my manager assaulted me, kicked me out of the labor camp I lived in and refused to pay me anything.”

Georgetown has a campus in Qatar where students can earn a Bachelor of Science in Foreign Service (BSFS) degree, according to the school’s website.

“Some forms of servile labor that we have called slavery are intrinsically, absolutely wrong, such as plantation slavery in the Americas,” Brown wrote on his website. “Other historical phenomena that we also refer to as ‘slavery’ were much less severe and were more akin to forms of wage labor than to dehumanizing exploitation. This is the category into which riqq, or servile labor as allowed in Islamic law, falls.”

Brown is a Muslim convert and the director of the Alwaleed bin Talal Center for Muslim-Christian Understanding at Georgetown. (RELATED: Georgetown University Dug Up Human Remains Likely From Slave Graveyard While Building Dorm, Kept Quiet For Years)

It is unclear whether Georgetown is still accepting funding from Qatar-affiliated groups.

The Department of Education did not immediately provide requested data to TheDCNF.