What a difference a year can make for The New York Times.

As President Donald Trump announced his decision Wednesday to withdraw the nation’s 2,000 troops from Syria, a bipartisan cadre of opinion-havers attacked him as recklessly abandoning allies in the region and jeopardizing America’s influence over foreign affairs.

One newspaper was particularly harsh: The Times.

Quickly after Secretary of Defense James Mattis announced his resignation (in part as a protest against Trump’s decision on Syria) Thursday, America’s paper of record quickly produced a scathing editorial, proclaiming “Jim Mattis Was Right.”

“Who will protect America now?” The Times asked.

The editorial frets about how American troops leaving Syria “hampers morale” of “allied forces like the Kurds.” (RELATED: Trump Explains His Decision To Withdraw From Syria)

“It could also risk getting American soldiers killed or wounded for objectives their commanders had already abandoned,” writes The Times.

Yet almost a year ago, on Jan. 19, 2018, that same editorial board raked the president over the coals for even daring to continue America’s policy of military adventurism.

The Times expressed concern that more American troops beyond the 2,000 initially deployed could soon be sent overseas in a mission without any clear goals.

“Syria is a complex problem. But this plan seems poorly conceived, too dependent on military action and fueled by wishful thinking,” The Times said. 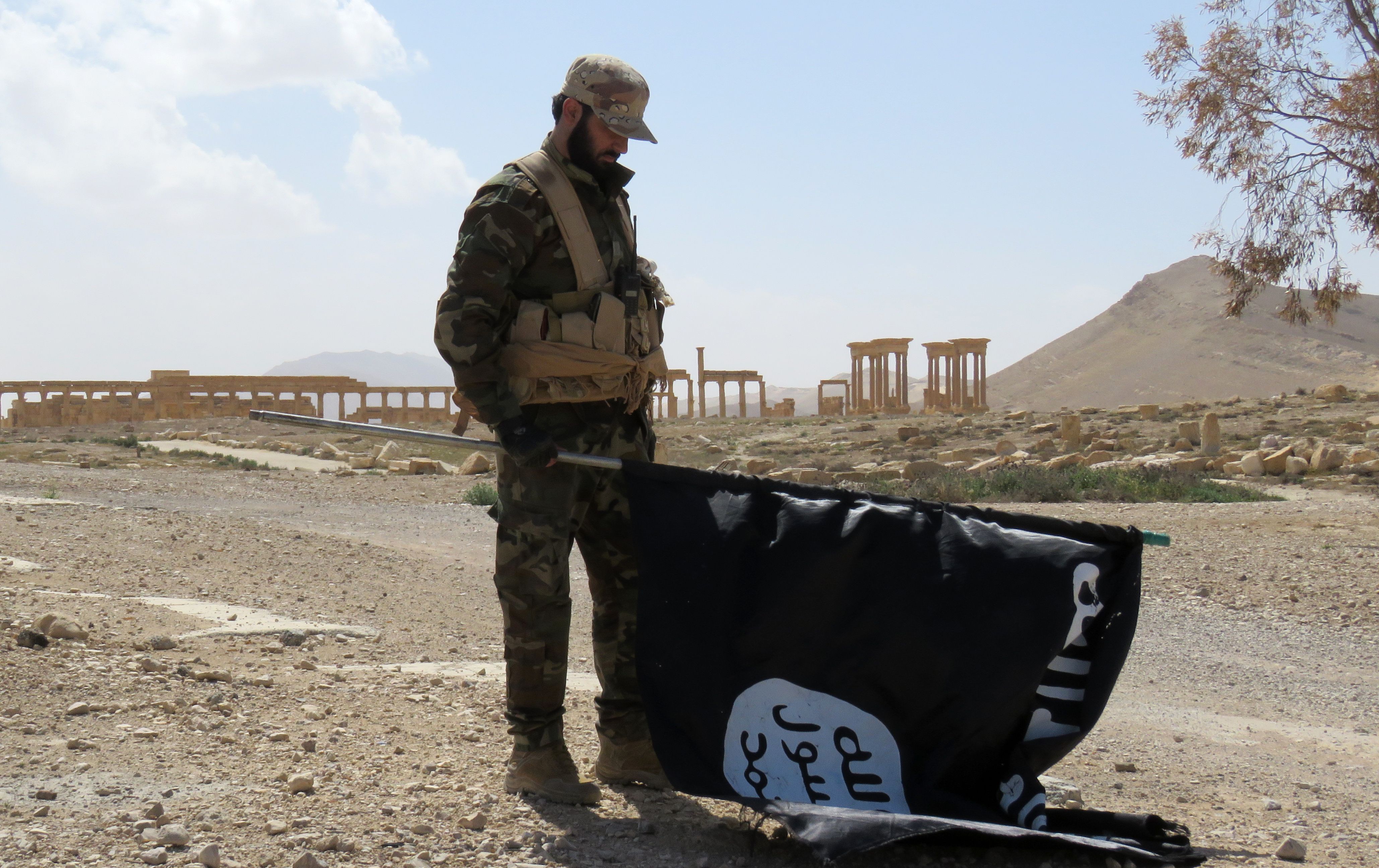 A member of the Syrian pro-government forces carries an Islamic State (IS) group flag as he stands on a street in the ancient city of Palmyra on March 27, 2016, after troops recaptured the city from IS jihadists. STR/AFP/Getty Images

While on Thursday The Times worried that leaving Syria could leave the Kurds vulnerable to Turkey, at the beginning of 2018, the paper also believed that the U.S. would be setting up a clash between the minority group and a NATO ally.

“Turkey, which views the Kurds as an enemy, has threatened a cross-border assault. All of this raises the grim possibility that American troops will clash with Turkey, a NATO ally,” The Times wrote last January.

Nowhere in Thursday’s editorial does The Times ever point to an alternative timeline for withdrawal for American forces in Syria. Such an omission is quite startling, considering last January the paper’s chief criticism of sending forces to the region was setting up just another forever-war in the Middle East.

One thing is clear from these two diametrically opposed editorials: The job of The Times isn’t to provide valid criticisms of Trump, but to simply oppose him at all costs.