Interior Secretary Ryan Zinke said he resigned from the Trump administration because the political attacks and investigations distracted from the Interior Department’s mission.

Zinke will resign by the end of the year amid a slew of ethics investigations. The former Navy SEAL and Montana congressman said the completed investigations showed he did nothing wrong, and said attacks against him were politically-motivated.

“This is a battle for America’s future,” Zinke said. “I’ve never seen the level of anger of hated — they have threatened my wife, my family … This country needs to take a deep breath and understand we’re all Americans.”

At least one dozen federal investigations were launched into Zinke during his roughly two-year tenure, but at least 10 of those were closed and cleared the secretary of wrongdoing. Democrats want to continue investigations after Zinke steps down. (RELATED:
Here’s What Conservatives Say Are Outgoing Interior Secretary Ryan Zinke’s Biggest Accomplishments)

“There isn’t anything there. There never has been,” Zinke said, jokingly adding that, “I have to say upfront, I did wear MAGA socks. Yes, I wore the socks with the president’s face on it. Guilty as charged.” 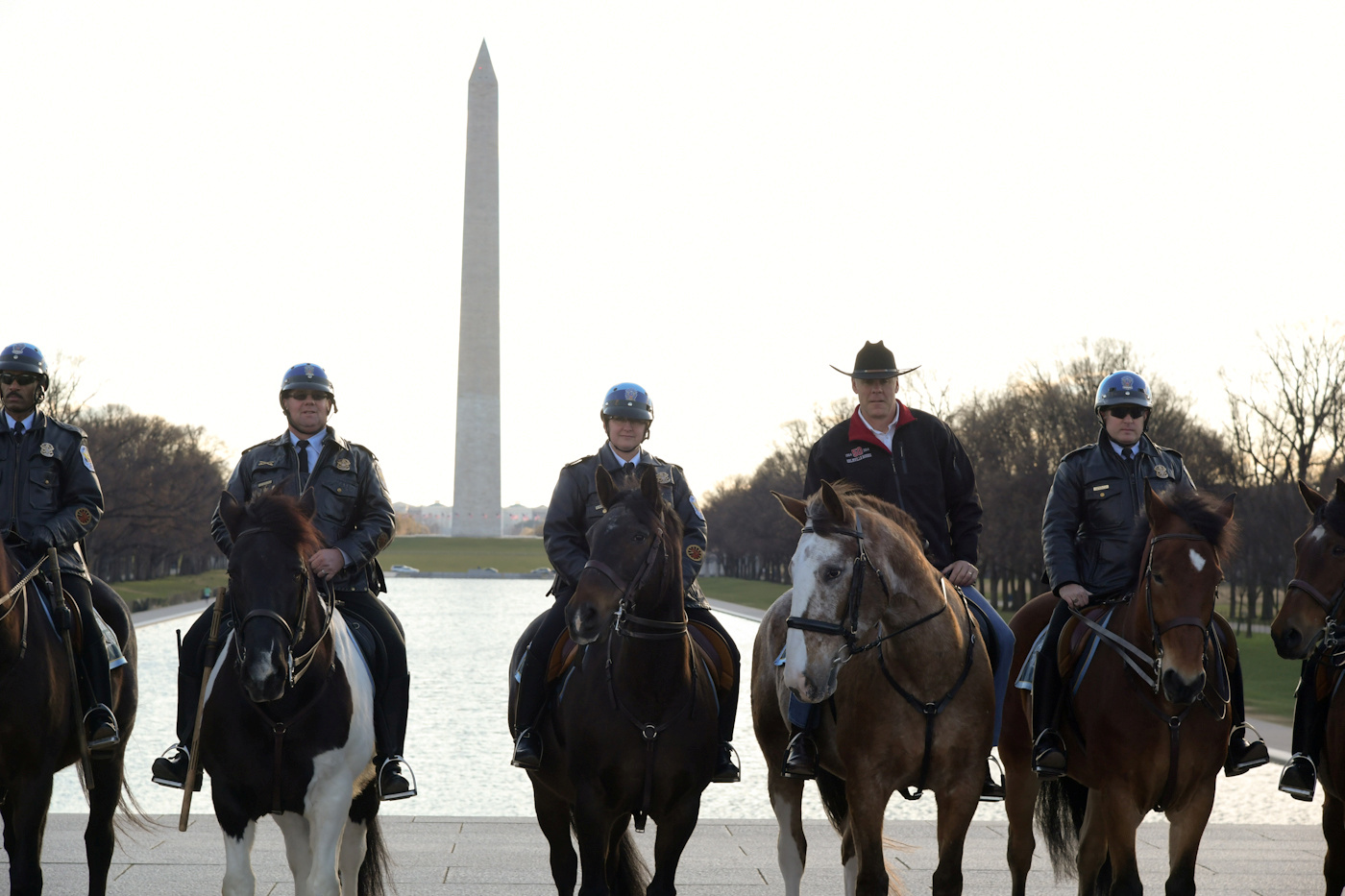 New Interior Secretary Ryan Zinke (2nd from R) rides on horseback with a U.S. Park Police horse mounted unit while reporting for his first day of work at the Interior Department in Washington, U.S., March 2, 2017. Tami Heilemann/Department of Interior/Handout via REUTERS.

Zinke is referring to an investigation federal officials launched in July to see whether or not his wearing of “Make America Great Again” socks violated federal ethics rules. The investigation was sparked by a picture Zinke tweeted of his MAGA socks, which he later removed and apologized for.

However, Democrats have focused on a land deal struck with a Halliburton chairman after Zinke took the reins at the Interior Department. That investigation was reportedly referred to Justice Department earlier this year.

Democrats and environmentalists also went after Zinke for opening more lands and waters to oil and gas drilling and for advising President Donald Trump to shrink the boundaries of two Utah national monuments — Bears Ears and Grand Staircase-Escalante.

“He listened to Utah. He restored the boundaries,” Zinke said.