The youngest daughter of former President Barack Obama seems to have decided where she will attend college.

According to Page Six, Sasha Obama posted a photo on Instagram of herself with two friends, with the caption “So proud to say I’m going to college with my sisters!!” Obama said.

Her Instagram post paid tribute to her possible future school’s storied football tradition by including Michigan’s Football stadium. Sasha also tagged the University of Michigan where she will apparently join the class of 2023. (RELATED: Malia And Sasha Obama Were ‘Disappointed’ That Donald Trump Won The Election) 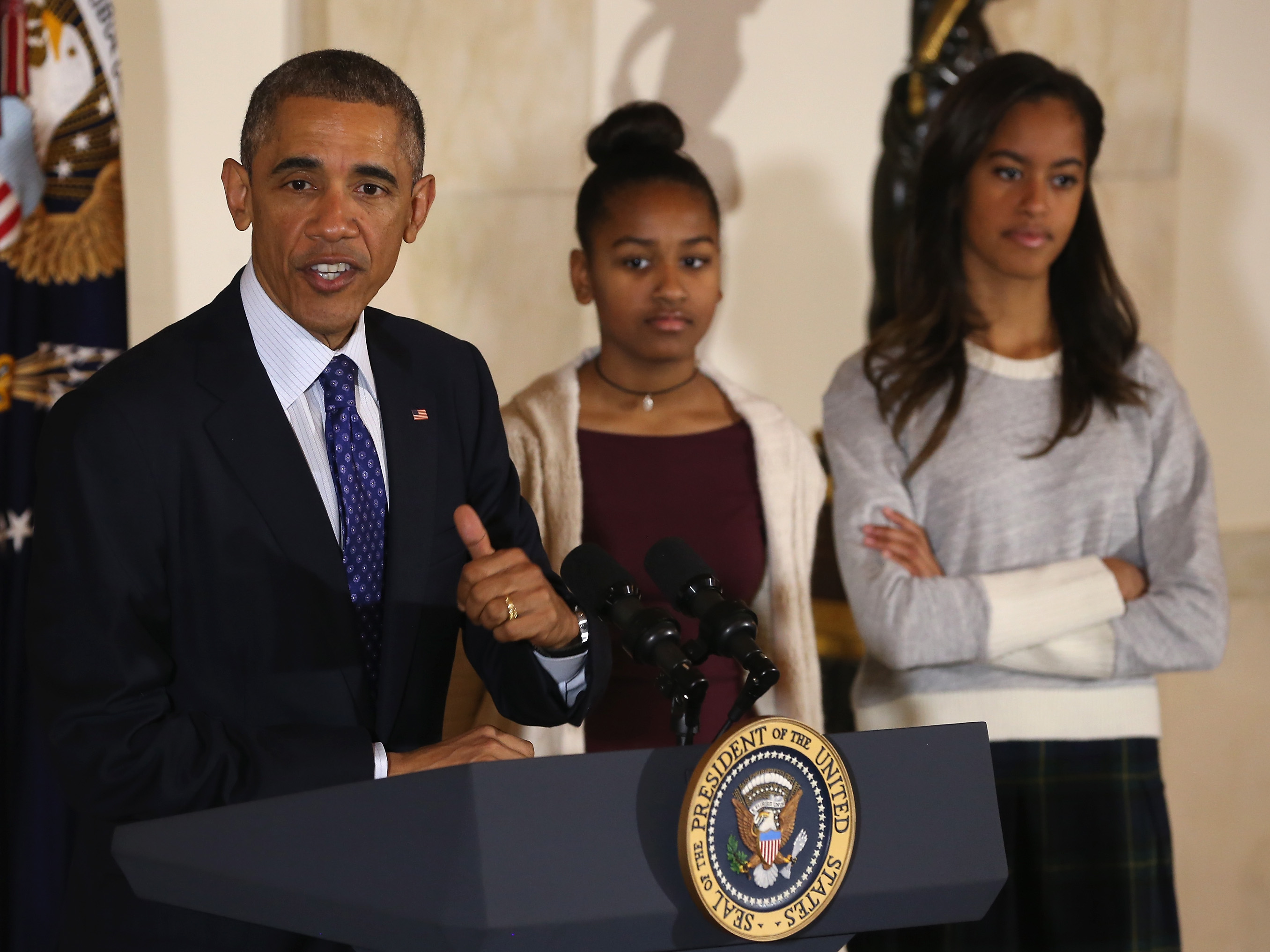 WASHINGTON, DC – NOVEMBER 26: (L to R) U.S. President Barack Obama speaks as his daughters Sasha and Malia look on before pardoning “Cheese” and his alternate Mac both, 20-week old 48-pound Turkeys, during a ceremony at the White House November 26, 2014 in Washington, DC. (Photo by Mark Wilson/Getty Images)

Now 17 years old, Sasha has lived most of her life in Washington D.C., where the Obama family still resides, two years after the conclusion of Obama’s second term in office.