Two Democrats on the Senate Judiciary Committee are pressing a nominee for the Nebraska federal trial court about his membership in the Knights of Columbus, a fraternal service organization of the Catholic Church.

Democratic Sens. Mazie Hirono of Hawaii and Kamala Harris of California submitted written questions in December to Brian Buescher, an Omaha lawyer nominated to the U.S. District Court for the District of Nebraska, proposing that he resign his affiliation with the knights, which they call an “all male society” that “has taken a number of extreme positions” on social questions.

The Catholic News Agency was first to report on Hirono and Harris’ questions respecting the Knights of Columbus.

The leadership of the knights expressed disappointment that membership in their organization would be viewed as a disqualifier for public office.

“Our country’s sad history of anti-Catholic bigotry contributed to the founding of the Knights of Columbus, and we are proud of the many Catholics who overcame this hurdle to contribute so greatly to our country,” said Kathleen Blomquist, a spokeswoman for the knights. “We believe that membership in the Knights of Columbus, which helps everyday men put their Catholic faith into action, is worthy of commendation and not something a nominee for public office should be asked to defend.”

Buescher leads the agribusiness litigation practice at Kutak Rock LLP, where he has practiced since graduating the Georgetown University Law Center in 2000. President Donald Trump nominated him to the federal bench on Oct. 10 at the recommendation of GOP Sens. Debra Fischer and Ben Sasse of Nebraska.

Lawmakers did not question Buescher about his enrollment in the knights during his Nov. 28 confirmation hearing, though he listed his association with the group in a questionnaire he returned to the Judiciary Committee prior to his appearance. The issue was only raised in a series of follow-up questions Democrats transmitted to Buescher on Dec. 5. Senators often submit written questions to nominees following a confirmation hearing, though they generally escape public notice.

Christian leaders have previously criticized Judiciary Committee Democrats for perceived anti-Catholic bias. Hirono was among the Democratic lawmakers who expressed concern that Judge Amy Coney Barrett’s religious convictions would impede the discharge of her judicial duties during Barrett’s confirmation hearing for the 7th U.S. Circuit Court of Appeals in September 2017.

Like Buescher, Barrett is a Catholic. She is considered a serious contender for the Supreme Court, should another vacancy arise during the Trump administration. (RELATED: Roberts Joins Liberals, Thwarts Trump Attempt To Enforce New Asylum Rules)

Among other items, Harris asked Buescher if he was aware that the leadership of the knights opposes gay marriage, while Hirono asked whether he can assure litigants that he will fairly judge matters relating to reproductive rights. 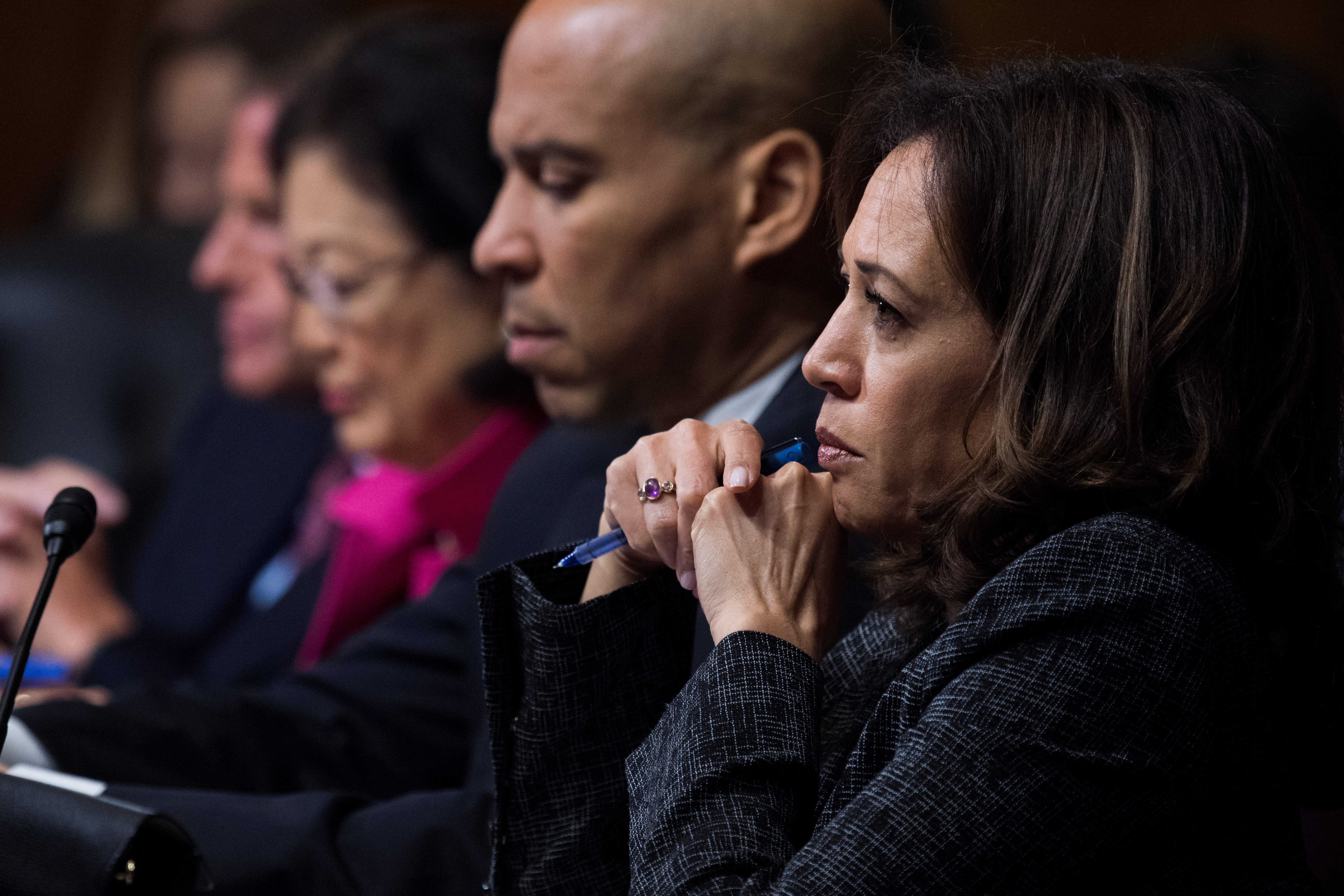 Founded in 1882 as a mutual benefit society for impoverished Catholic immigrants in New England, the knights currently operate in over a dozen countries and distribute almost $200 million in charitable funds annually. The organization has some 15,000 chapters.

“The Knights of Columbus is a Roman Catholic service organization with approximately two million members worldwide,” Buescher wrote in response to Hirono and Harris’ questions. “The organization has a religious and charitable purpose. I joined the Knights of Columbus when I was 18 years old and have been a member ever since. My membership has involved participation in charitable and community events in local Catholic parishes.”

“The Knights of Columbus does not have the authority to take personal political positions on behalf of all of its approximately two million members,” he said elsewhere in his responses.

Most members of the Judiciary Committee, including Harris, were absent from the Nov. 28 hearing, which took place an hour before a widely attended briefing with senior administration officials on the Saudi war effort in Yemen.

Aside from his affiliation with the knights, Democratic lawmakers questioned Buescher about his unsuccessful bid for Nebraska attorney general. During the campaign he described himself as “an avidly pro-life person” and vowed to resist overreaching federal regulations.