WASHINGTON–The Senate adjourned Saturday hours after the government partially shut down as a result of lawmakers’ failure to reach a deal to fund the government, and Majority Leader Mitch McConnell announced it would return in a pro forma  as opposed to legislative session on Christmas Eve.

“We’re going to come back in pro forma only on Christmas Eve and then another pro forma the 27th,” McConnell told reporters Saturday afternoon after leaving the floor. “And if an agreement is reached, then we’ll come back and pass it.” (RELATED: The Government Is Officially In Partial Shutdown — This Is What You Can Expect) 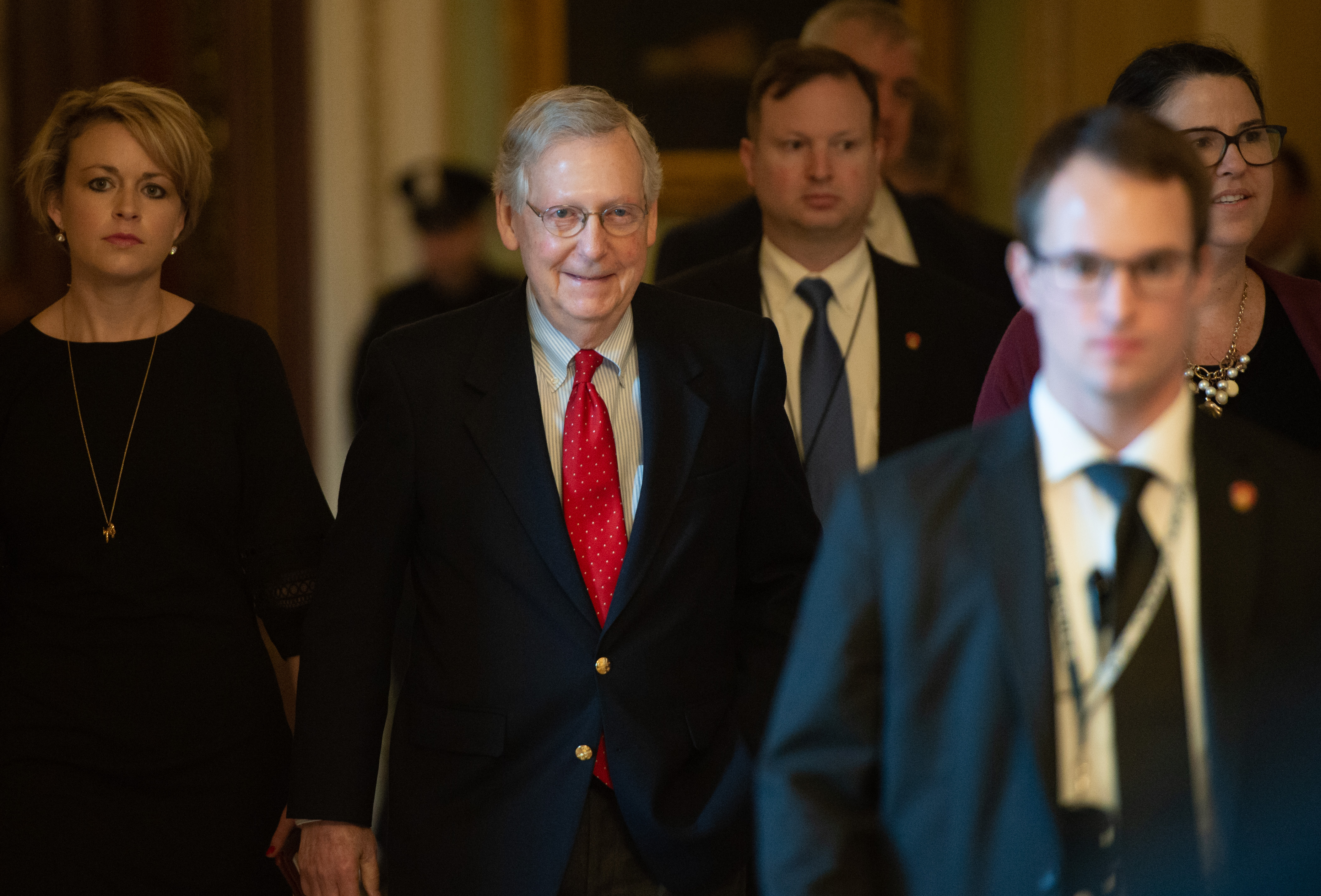 US Senate Majority Leader Mitch McConnell, Republican of Kentucky, walks to his office at the US Capitol in Washington, DC, December 21, 2018. – A US government shutdown appeared more and more likely to become a reality just before Christmas, with President Donald Trump threatening a “very long” federal work stoppage unless Democrats agree to his border wall demands. (Photo by SAUL LOEB/AFP/Getty Images)

McConnell made clear that being in a pro forma session on December 27 does not necessarily mean that government negotiators discussing funding issues relating to the border wall, for example, are far apart from reaching a conclusion. However, Senate Minority Leader Chuck Schumer announced on the Senate floor Saturday afternoon that no deal would be reached if border funding was included in the agreement. (RELATED: The Government Shut Down, But Trump Will Keep National Parks Open)

“Anything can happen. We’re pulling for an agreement,” he said noting that anything agreed upon will still need 60 votes in the Senate and a majority in the House.

White House negotiators, which included Vice President Mike Pence, White House advisor Jared Kushner and incoming acting Chief of Staff Mick Mulvaney, met with lawmakers on Capitol Hill and have been in active talks since the government was just a few hours away from shutting down late Friday evening.

Vice President Pence walked past reporters earlier on Saturday and would only say they were “still talking” to lawmakers to reach a deal.