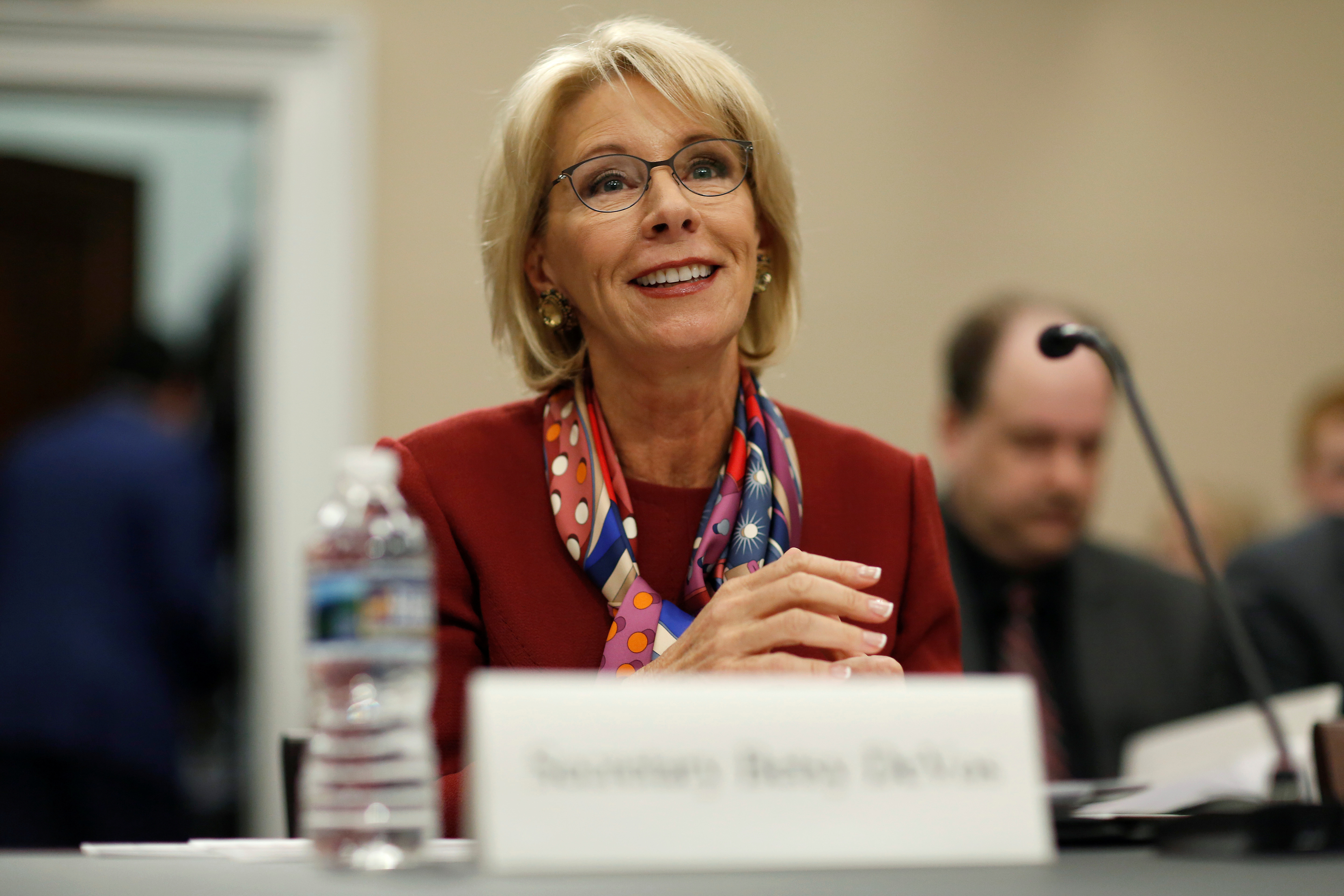 The removal comes after Trump’s safety commission, led by Education Secretary Betsy DeVos, released several proposals on Tuesday. Policy suggestions included arming school personnel, cities enacting laws where guns can be temporarily removed from people who could hurt themselves or others and districts installing blast-proof glass on their buildings, according to The Wall Street Journal.

The Obama administration 2014 policy aimed to address racial disparities in student punishment as where “black students are suspended and expelled at a rate three times greater than white students,” the Department of Education’s website said. The policy wanted school officials to take “restorative” measures that did not take kids out of class and reporting to police should be the final resort.

The relaxed policy, however, could have contributed to the Marjory Stoneman Douglas High School shooting in Florida, WSJ reported. School authorities reportedly knew the suspected gunman had behavior problems, including drinking gasoline and possessing a firearm he intended to use.

“Our decision to rescind that guidance today makes it clear that discipline is a matter on which classroom teachers and local school leaders deserve and need autonomy,” DeVos said, according to the AP. “I would encourage them to continue to implement discipline reforms that they believe will foster improved outcomes for their students.”

Some, like Democratic Sen. Patty Murray of Washington, were not big fans of the guidance’s rollback.

“By rescinding this guidance, Secretary DeVos and Acting Attorney General [Matthew] Whitaker are creating confusion for schools and making it harder for students of color to learn without being discriminated against,” Murray said, the AP reported.