A video circulating the internet appears to show a massive tsunami in Indonesia crashing through the walls of a concert venue, prompting band members and the audience to scurry for their lives.

The tsunami plowed through hundreds of people who were at an event on Tanjung Lesung beach in Pandeglang, an Indonesian province. Indonesian pop band Seventeen was performing when the wave crushed a wall and pushed the stage into the audience.

NEW: Video shows a tsunami crashing into a venue in Indonesia where the band Seventeen was performing https://t.co/4P9zDCRkKC pic.twitter.com/q9RYOaPTt8

Public utility company PLN told reporters that at least 14 people were killed at Tanjung Lesung, but 89 others are still unaccounted. It happened Saturday night after a volcano erupted on Mount Anak Krakatau, which is located in an area between Java and Sumatra. Officials believe the eruption caused an underwater landslide, which triggered the tsunami.

“The tsunami was not triggered by an earthquake,” Indonesian National Disaster Mitigation Agency spokesman Sutopo Purwo Nugroho told reporters. “It’s possible that it was triggered by an underwater landslide due to the eruption of Mount Anak Krakatau. At the same time there was high tide because of the full moon.”

There was little time for people to react, officials say.  “There was no tsunami warning,” Rahmat Triyono, earthquake and tsunami chief at Indonesia’s Meteorology, Climatology and Geophysics Agency, told reporters. “There was no earthquake.” 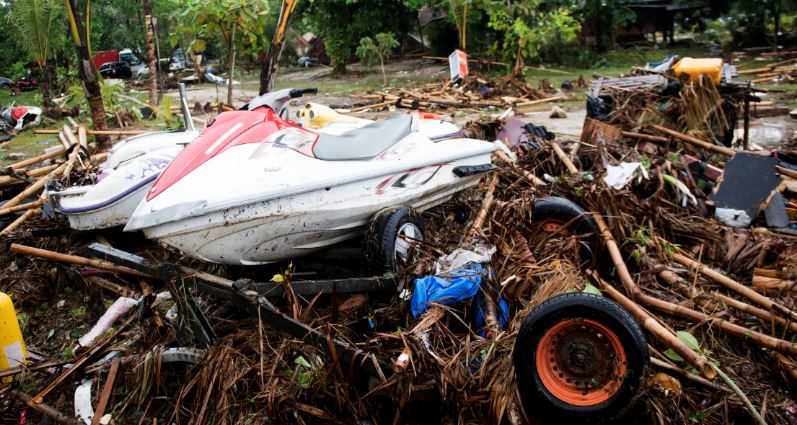 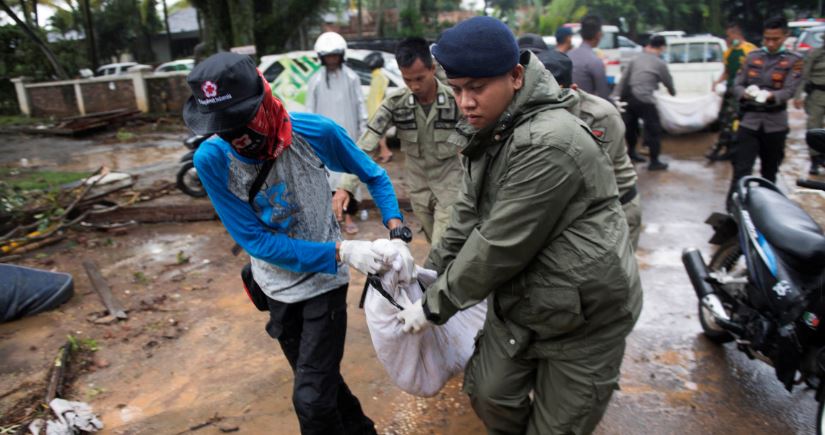 The death toll from the tsunami stands at nearly 222, with another 800 people suffering multiple injuries. It was the second tsunami in Indonesia this year, capping what will be a devastating year for the Asian country, with earthquakes, floods, fires and an airline crash combining to kill more than 4,500 people. (RELATED: Massive Tsunami Crashes Into Indonesia And Kills 400, More Victims Expected)

Indonesia is a vast archipelago that lies at the margins of the Pacific Ocean where an intersection of large layers of the Earth’s crust causes frequent earthquakes and volcanic eruptions. The eastern part of the archipelago sits atop numerous smaller blocks called microplates.

Nearly 400 people were killed after an earthquake caused a tsunami on the island in September. That was a month after at least 91 people died from a magnitude 7.0 earthquake that hit the Indonesian island of Lombok in August, Indonesian officials said at the time. U.S. Geological Services estimated that the earthquake occurred about 6.5 miles inland.