Amid a year of trying times in American history, three men embarked on an unprecedented journey few other humans have, and after capturing unseen views of Earth, these NASA astronauts united the country with a Christmas message.

On Christmas Eve 50 years ago, Frank Borman, Bill Anders and Jim Lovell were orbiting the moon on a mission to find the optimal spots for a potential moon landing, but the mission took a turn when the crew noticed Earth peeking out over the lunar horizon.

“Oh my God, look at that picture over there! It’s the Earth coming up. Wow, is that pretty!” Anders said, before capturing one of the most important photographs ever taken. 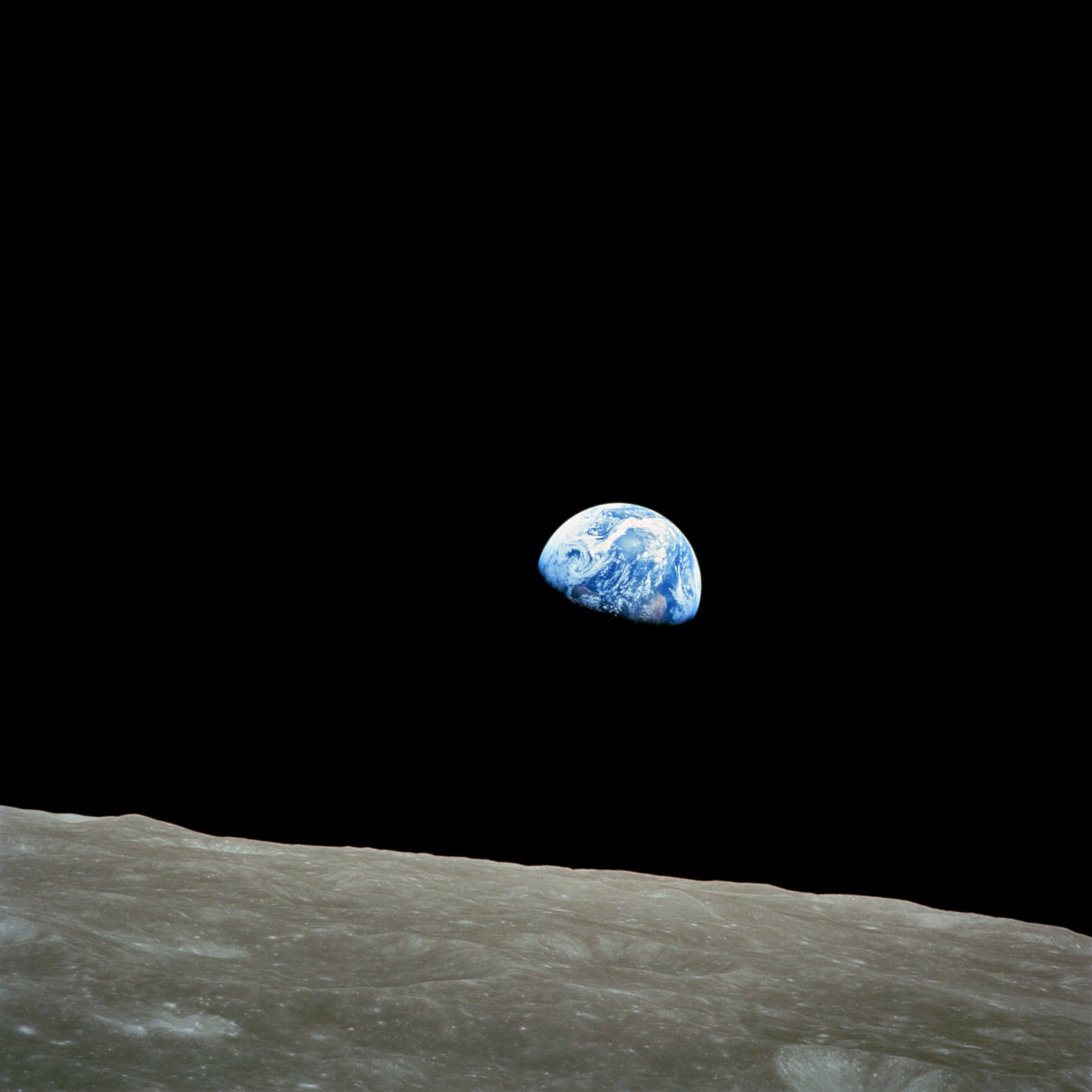 The distant blue Earth is seen above the Moon’s limb, in this handout picture taken by the Apollo 8 crew on Dec. 24, 1968, courtesy of NASA. REUTERS/NASA/Handout via Reuters

As the three men orbited the moon as part of NASA’s mission on Dec. 24, 1968, the United States down below was experiencing tests to its unity as the country fought for equal rights and social justice during the civil rights movement. It also saw outrage at the war in Vietnam and the assassinations of two American icons: Martin Luther King and Robert F. Kennedy.

“I think the moon orbit, the first human beings — not only pulled the people of America together, but pulled people of many nations together,” NASA Astrobiologist Richard Hoover said to WHNT.

Before going to sleep on Christmas Eve in 1968 as the men hurdled through space, they tried to find the most fitting words to deliver on a live broadcast.

“We all tried for quite a while to figure out something, and it all came up trite or foolish,” Borman recalled to The Sentinel, until the wife of a friend suggested they take turns reading verses from the Bible.

And so they did.

“For all the people on Earth the crew of Apollo 8 has a message we would like to send you,” Anders began in the book of Genesis.

“And from the crew of Apollo 8, we close with good night, good luck, a Merry Christmas, and God bless all of you — all of you on the good Earth,” Borman ended the broadcast. (RELATED: My Grandfather’s Christmas On The Battlefield: 74th Anniversary Of The Battle Of The Bulge)

The Apollo 8 mission was followed up with Neil Armstrong and Buzz Aldrin’s Apollo 11 moon landing on July 20, 1969. 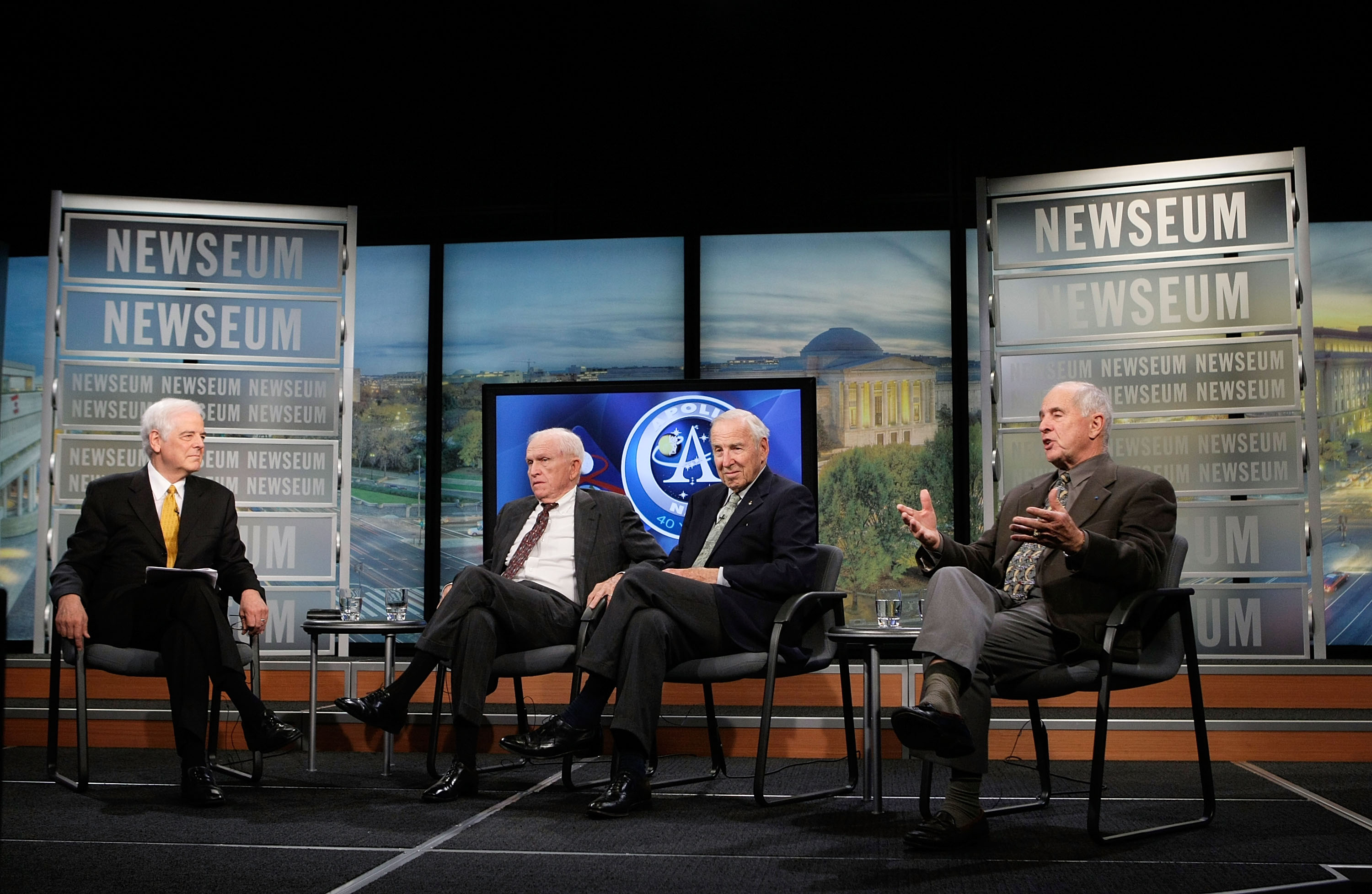 Apollo 8 Crew Members Frank Borman, James Lovell and William Anders chat with Journalist in Residence at the Newseum Nick Clooney at the Newseum on Nov. 13, 2008 in Washington, D.C. (Photo by Alex Wong/Getty Images)

The Apollo 8 team is all still living: Borman and Lovell are 90 and Anders is 85.