Former FBI Director James Comey and Massachusetts Democratic Sen. Elizabeth Warren — among others — have taken to Twitter to complain that federal workers will go without pay through the holidays.

Their claims, however, came nearly a full day after the Office of Management and Budget (OMB) released guidance to all cabinet agencies explaining how and when paychecks might be affected.

According to that guidance, the paycheck that most federal workers will receive between Dec. 28 and Jan. 3 covers the pay period from Dec. 9-22. The money to cover that pay period has already been appropriated by Congress and will be paid out as scheduled.

The only exception is in regard to those who worked on Dec. 22 after the shutdown began; they may see a paycheck that covers the rest of the pay period but does not include the hours worked on the 22nd. 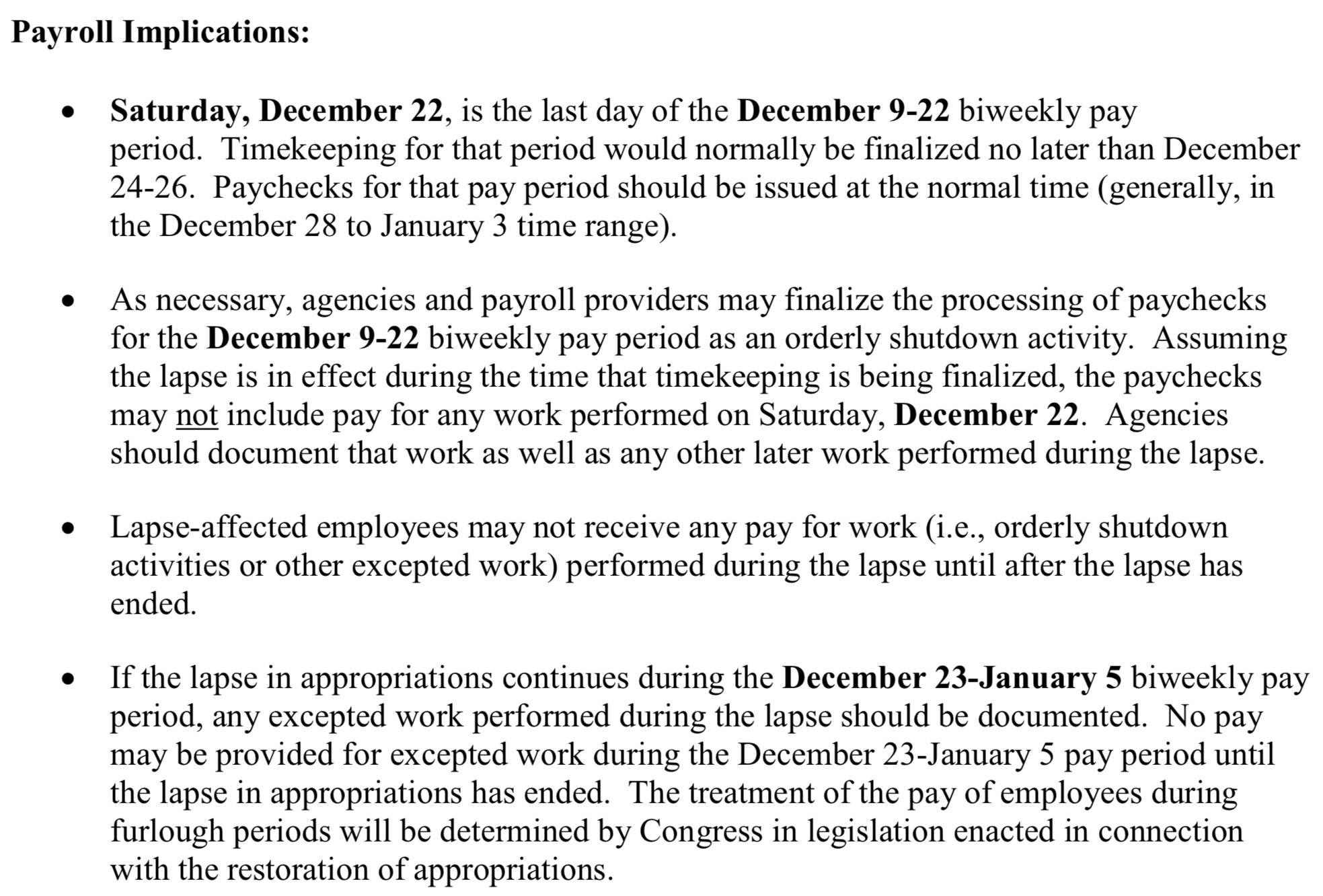 Still, just hours after the OMB sent out that guidance, Comey was on Twitter blaming President Donald Trump for the fact that “FBI families will spend Christmas without a paycheck.” (RELATED: Comey Continues To Falsely Claim That Republicans Started The Steele Dossier)

FBI families will spend Christmas without a paycheck. This president promised Mexico would pay for the wall but innocent people are now paying the price for another lie. Our thoughts are with hardworking public servants and their families.

Likewise, Sen. Warren blamed Trump’s “temper tantrum” and claimed that “hundreds of thousands of federal employees will go without a paycheck over the holidays.”

This shutdown was completely avoidable. Now, hundreds of thousands of federal employees will go without a paycheck over the holidays as @realDonaldTrump throws another temper tantrum over his stupid wall. Republicans’ latest attempt to divide and distract us.

OMB Deputy Director Russ Vought responded to Warren, explaining that she was mistaken.

.@SenWarren, this is inaccurate. Federal employees will receive their next paycheck, even under a lapse. Let’s come together over the holidays and secure the border, not spread confusion. https://t.co/gtxyVdjvDp

But media personalities were quick to jump on the narrative:

All those Right Wing agitators, GOP’ers in Congress, and WH staffers cheering-on shut down…should offer their salaries to federal workers who will not be receiving paychecks, and volunteering to work in federal properties children won’t be able to visit over Christmas break.

According to OMB’s guidance, the first paycheck that could be delayed is the one due January 11, 2019, and it will only be delayed if the government is still shut down. If those paychecks are delayed, they will be repaid by the treasury once the government reopens and all offices have returned to their regular schedules.