A long-standing tradition allowed by the U.S. Navy will come to an end on Jan. 1, 2019, when captains are no longer able to punish misbehaving sailors by restricting them to only eating bread and water.

“Rations furnished a person undergoing such confinement shall consist solely of bread and water. The rations will be served three times daily at the normal time of meals, and the amount of bread and water shall not be restricted,” the military’s Uniform Code of Military Justice reads, according to Task & Purpose. “Prisoners serving this punishment will be confined in a cell and will be bound by the procedures set forth for disciplinary segregation cells. They will not be removed for work or physical exercise.”

Navy captains have the power to mete out punishment to their sailors because they are often away from land for months, and need to keep order without the options available to the more land-tied military branches. A handful of secretaries of the Navy, however, have tried to abolish the punishment as far back as 1882, according to The New York Times.

“It sounds medieval, and that is sort of the point,” retired Capt. Kevin Eyer told The New York Times. “Sometimes you just need to scare a kid. We want them to succeed, but you need to give them a kick in the pants.” (RELATED: HIV-Positive Airmen Sue Secretary Mattis Over Removal From Military)

Eyer joined the Navy in 1982 and regularly sentenced sailors to the punishment, which is often jokingly called “cake and wine,” for minor misconduct.

The end of the bread-and-water policy had been in the works since the Obama administration. The change comes as part of the Military Justice Act of 2016 and an amendment by the Trump administration in March 2018, reported Task & Purpose. 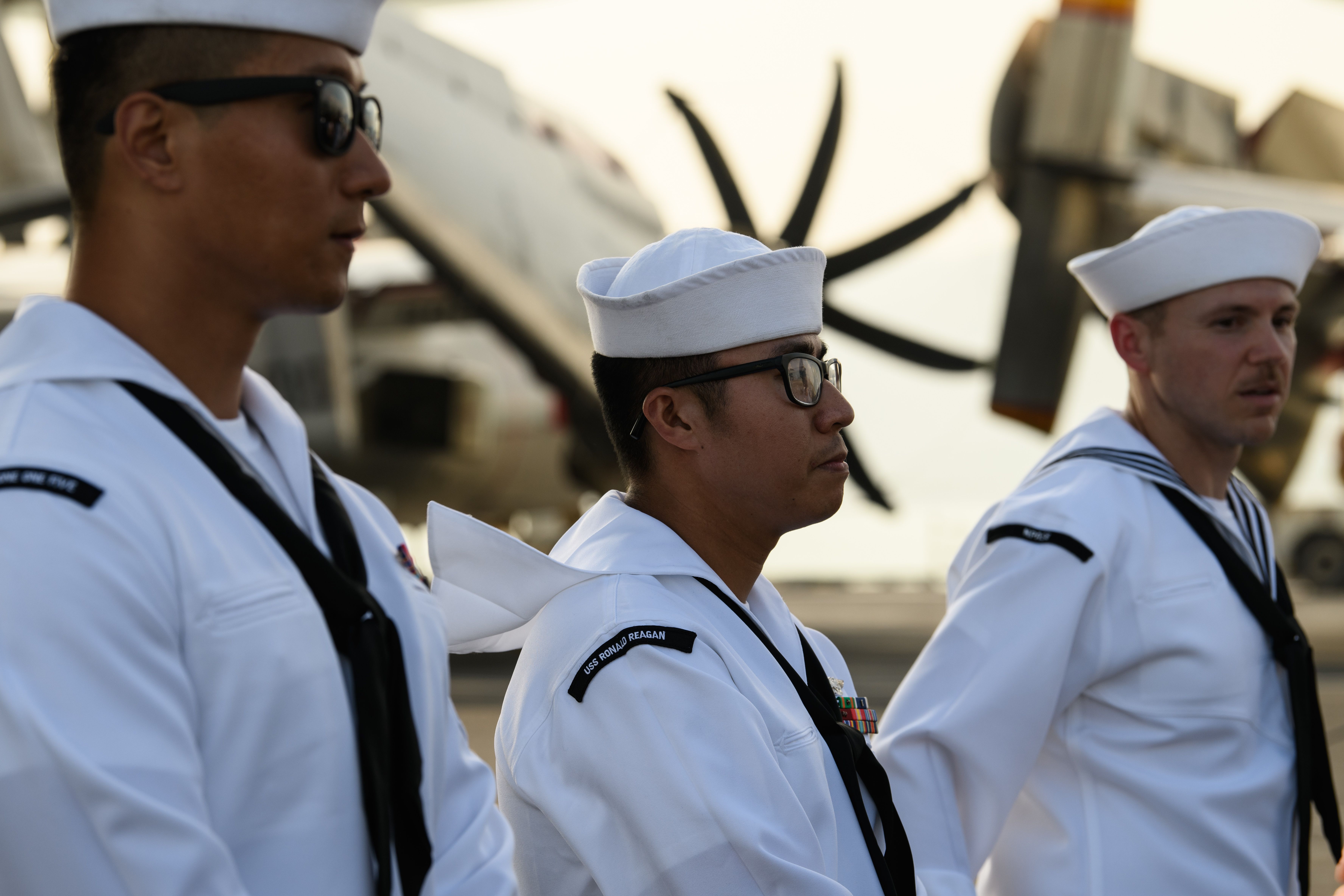 Sailors on board the US Navy’s USS Ronald Reagan (CVN-76) aircraft carrier are seen on the flight deck during a port visit in Hong Kong on November 21, 2018. (ANTHONY WALLACE/AFP/Getty Images)

“Once drafted, the Navy did not oppose the legislation,” a Navy spokeswoman told The Times when asked if the Navy supported the shift.

Captains can still punish low-ranking sailors in many ways, including by imposing up to 45 days of extra duty, restricting them to the ship for up to 60 days or putting them on half-pay for two months.

Some captains choose punishment methods other than “cake and wine” out of principle, but others are known for their liberal use of the policy. For example, the USS Shiloh was nicknamed the USS Bread and Water since its commanding officer, Capt. Adam Aycock, use the punishment at least six times in roughly two years, according to Task & Purpose.