The Chicago chapter of the Women’s March has opted to cancel the rally they had scheduled for Jan. 19 amid reports of anti-Semitism in the national group’s leadership. It was originally scheduled for the same day as similar marches that will take place across the country.

“There’s no march, there’s no rally,” Sara Kurensky, Women’s March Chicago board member, said Tuesday to the Chicago Tribune. “We’re going to provide ways for people to organize and take action in their local communities.”

Women’s March Chicago organizers blamed the expensiveness of the rally and limited volunteers as the reasons behind the cancellation, adding that they would be honoring the anniversary of the first march with another type of event, but have not shared any particulars. (RELATED: Ben & Jerry’s Stands By The Women’s March Amid Report Of Anti-Semitism In Leadership)

The cancellation comes at a difficult time for the larger national organization, which is facing accusations of anti-Semitism, especially within its leadership.

Last month, Tablet Magazine reported that two of the Women’s March’s founders, Carmen Perez and Tamika Mallory, accosted a Jewish woman who was in that meeting, spouting false allegations that Jewish people “bore a special collective responsibility as exploiters of black and brown people,” and “were proven to have been leaders of the American slave trade.” 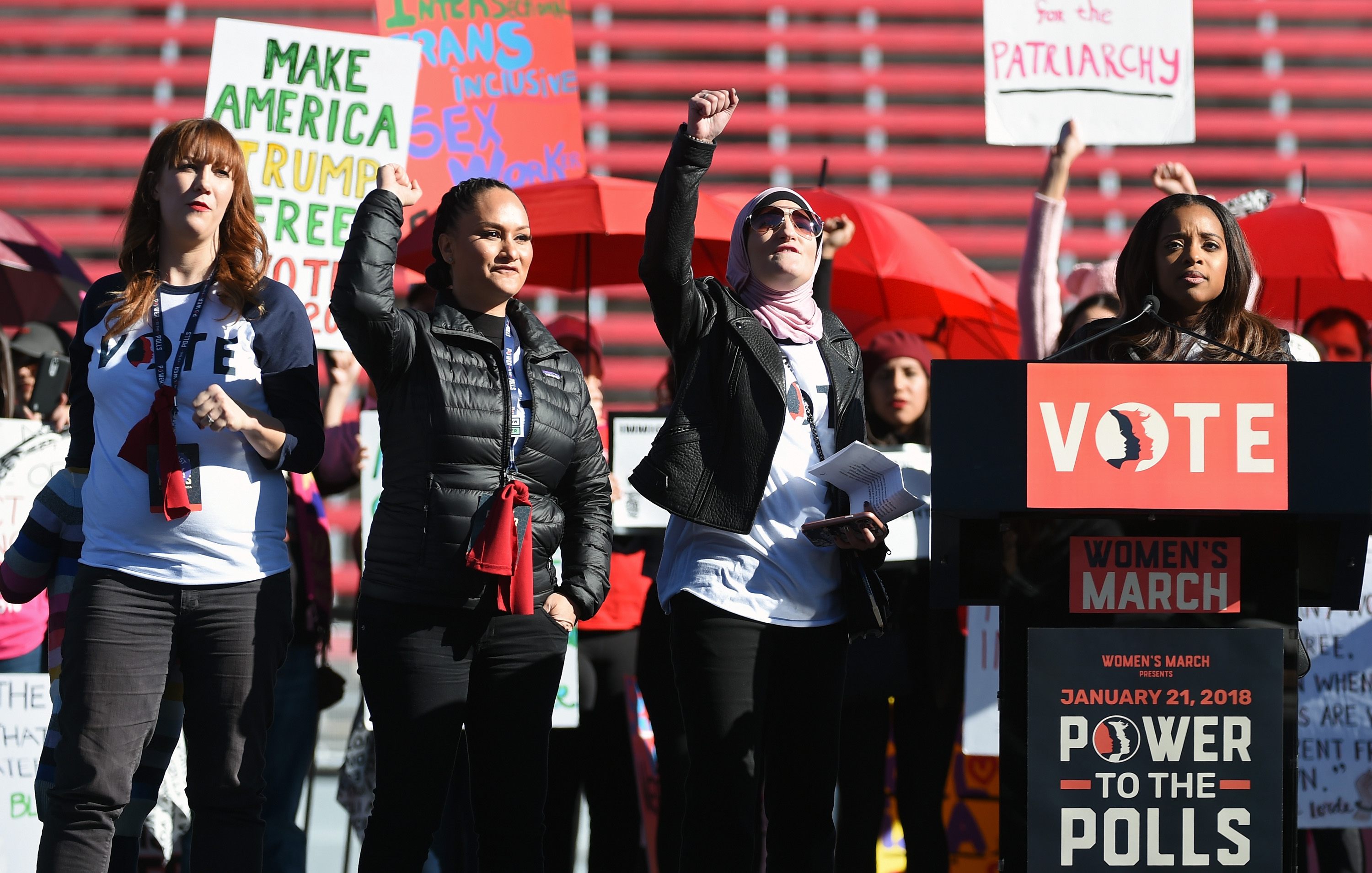 Earlier this week, Mallory told The New York Times, “We’ve all learned a lot about how while white Jews, as white people, uphold white supremacy, ALL Jews are targeted by it.”

In the same piece, one of the Women’s March founder, Vanessa Wruble, said she was forced out of the group because she was Jewish and other higher-ups like Mallory held anti-Semitic beliefs.

The Chicago Women’s March issued a statement last month condemning the connections to Louis Farrakhan, leader of the group Nation of Islam, and to separate themselves from the national organization.

It read in part, “No universe exists in which it is acceptable to support anti-Semitic statements. Women’s March Chicago condemns bigotry in all its forms. We reject Minister Louis Farrakhan’s anti-Semitic and anti-LGBTQ views. Our work is to fight against social and racial injustice everywhere, no matter its source.” (RELATED: Women’s March Leader Linda Sarsour Arrested At Kavanaugh Hearing)

The statement added, “As an additional point of clarification, and as many of you already know, Women’s March Chicago is not now and never has been affiliated with Women’s March Inc. We receive ZERO funding or organizational support from them and share NO common leadership.”

Women’s March groups in Nevada and Portland have also canceled their rallies.