They also created a Facebook page and imitated conservative Alabamians who said they were not satisfied with the Republican candidate and encouraged others to oppose him. Moore lost the race after reports showed he allegedly engaged in sexual misconduct with teenage girls when he was in his 30s.

“We’ve recently removed five accounts run by multiple individuals for engaging in coordinated inauthentic behavior on Facebook around the Alabama special election, and our investigation is ongoing,” Facebook said Saturday in a press statement. “We take a strong stand against people or organizations that create networks of accounts to mislead others about who they are or what they’re doing.” 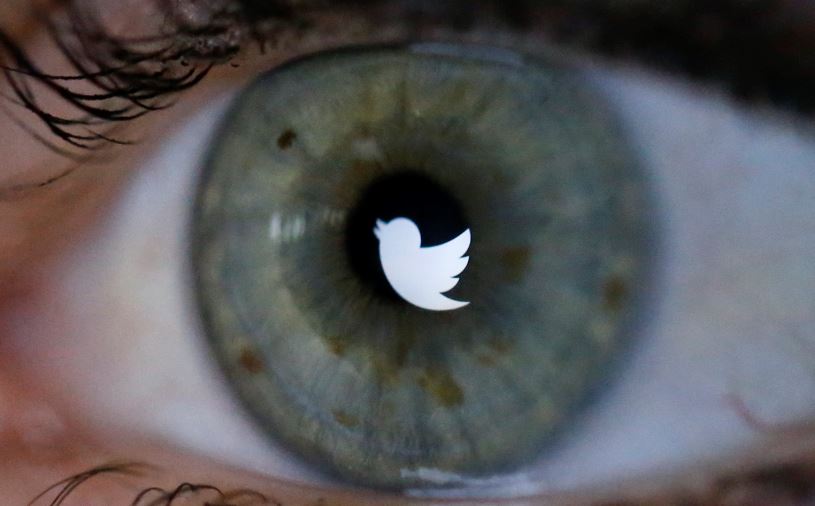 An illustration picture shows the Twitter logo reflected in the eye of a woman in Berlin, November 7, 2013. Twitter Inc priced its initial public offering above its expected range to raise at least $1.8 billion, in a sign of strong investor demand for the most highly anticipated U.S. public float since Facebook Inc. REUTERS/Fabrizio Bensch

The scheme to create phony Russian bots worked like a charm. It attracted attention from local and national media, falsely suggesting Russia was backing Moore’s candidacy. The Montgomery Advertiser was the first to cover the story using the Russian-bot angle. National media outlets quickly followed suit.

“Roy Moore flooded with fake Russian Twitter followers,” read the headline on a New York Post story, which cited the Advertiser. The Washington Post focused on the fact that Moore blamed Democrats for the fake accounts.

One writer at ThinkProgress, Zack Ford, who covers LGBTQ issues, told his Twitter followers in October 2017: “Roy Moore doesn’t know much about journalist, does he?”

He linked to a WaPo tweet noting Moore’s allegations that Democratic operators were behind the ruse.

There is also disagreement about the degree with which the ads swayed opinion. Most of the ads did not focus exclusively on then-Republican presidential nominee Donald Trump or then-Democratic presidential candidate Hillary Clinton, and the ad’s reached accounted for a mere 76.5 million engagements.

“We identified this account’s fake followers in near real time and suspended them pursuant to our spam policies. Determining attribution around spam efforts is extremely difficult — our focus is continuing to improve how we can detect and remove bad actors at speed and scale,” a spokeswoman told TheDCNF.