The parents of the 7-year-old girl who spoke to President Donald Trump about her belief — or lack thereof — in Santa Claus said that they have no problem with the way the president spoke to their daughter.

A clip of the president speaking to 7-year-old Collman Lloyd on the NORAD Santa tracking hotline went viral after Trump asked the girl if she still believes in Santa and then added, “At 7 it’s marginal, right?”

“Hello, is this Collman? Merry Christmas. How are you? How old are you … Are you doing well in school? Are you still a believer in Santa?” Trump said, waiting for Collman to reply. “‘Cause at 7, it’s marginal right?”

Internet users suggested that Trump had ruined the magic of Christmas for the young girl by suggesting that Santa Claus is not real, but Collman’s parents had a different reaction to the phone call. 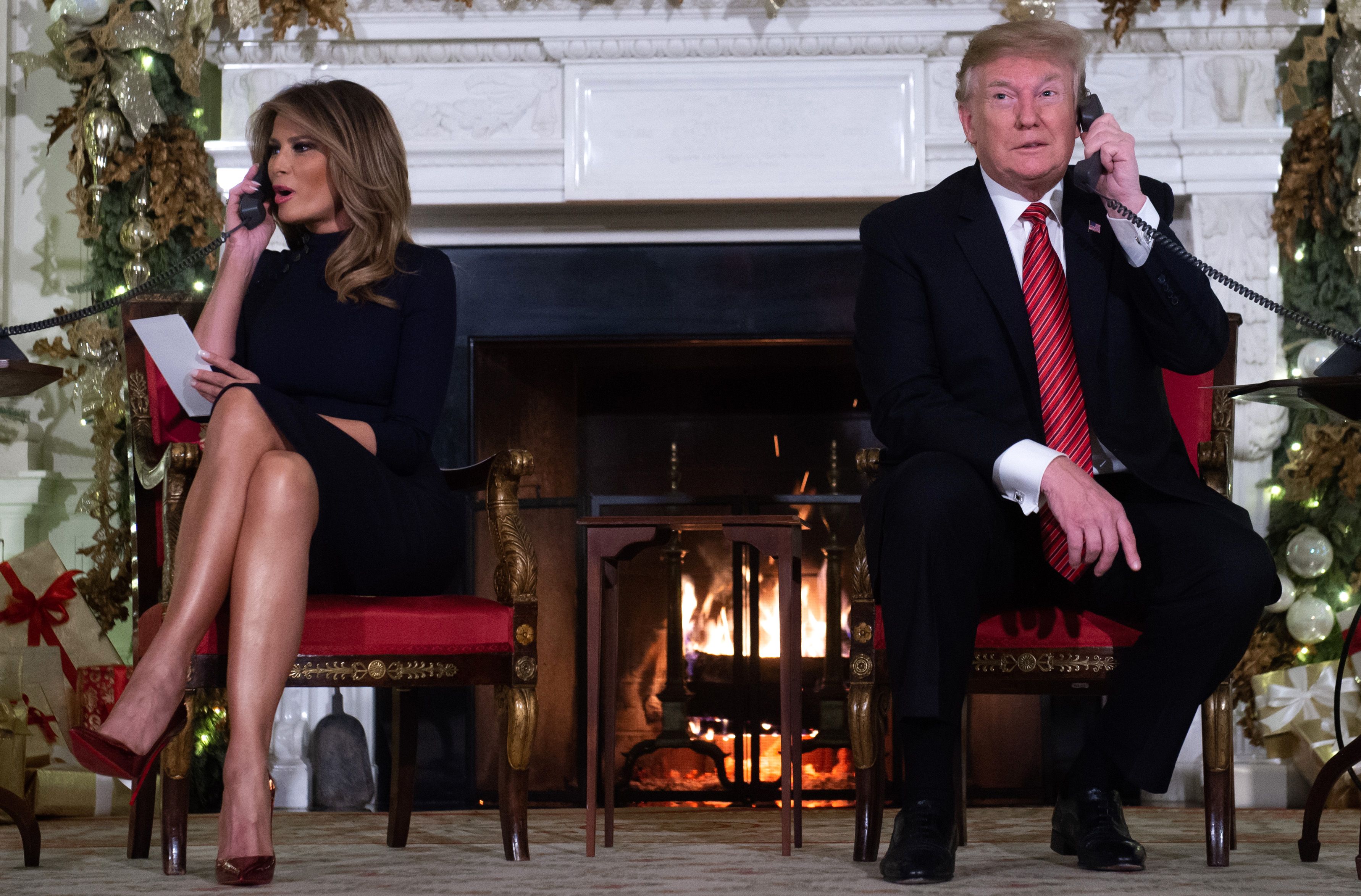 US President Donald Trump and First Lady Melania Trump speak on the telephone as they answers calls from people calling into the NORAD Santa tracker phone line in the State Dining Room of the White House in Washington, DC, on December 24, 2018. (Photo by SAUL LOEB/AFP/Getty Images)

In an interview with BuzzFeed News, the Lloyd family bemoaned the politicization of the call and said they took no issue with what the president said.

“I think it’s crazy it became a big deal. It’s Christmastime. I’d love to keep politics out of Christmas,” Donald Lloyd said. “It didn’t bother me — I like to talk to my kids like adults.”

“I’m a teacher. I’m OK with the vocabulary,” Erica Lloyd added. “He was very kind. I was very impressed with the phone call.”

It is a yearly tradition for the president to answer calls on the NORAD Santa tracker on Christmas Eve. In front of the media Monday night, Trump and first lady Melania fielded calls from young children who wanted to keep tabs on Santa’s annual trek to deliver presents. (RELATED: White House Releases Official Christmas Portrait Of Trump And Melania)

Erica and Donald said that they were “in shock” that their daughter even got connected to the president on the NORAD line, explaining that they thought it would be a “recorded message.”

“He said, ‘Happy Christmas … It was great speaking to you, Collman … Please tell [your family] I wish them a happy Christmas,'” Erica recalled.

Collman told The Post and Courier that she was surprised to hear the president on the other end of the line and, if she had a chance to speak to him again, she would ask about his family.

As for Trump’s comments about belief in Santa being “marginal,” Collman had no idea what the president meant and said that she still believes in Santa.

“It made [Collman’s] Christmas,” Erica asserted about the call.