President Donald Trump revealed Wednesday that he was concerned for the safety of first lady Melania Trump during an unannounced trip to Iraq late Christmas evening to visit with U.S. troops for the holidays.

Trump told reporters while speaking at a press conference at the Al Asad Airbase just west of Baghdad that he “absolutely” had concerns traveling to the combat zone, specifically for the people with whom he was traveling.

“I had concerns about the institution of the presidency — not for myself personally,” the president said. “I had concerns for the first lady, I will tell you.” (RELATED: Trump Heads Out In The Cold Rain To Honor The Fallen In A Surprise Visit To Arlington National Cemetery)

“Absolutely,” President Trump says when asked if he had any concerns about visiting Iraq.

“But if you would have seen what we had to go through — with the darkened plane, with all windows closed, with no lights on whatsoever, anywhere — pitch black,” he continued. “I’ve been on many airplanes — all types and shapes and sizes. I’ve never seen anything like it.” 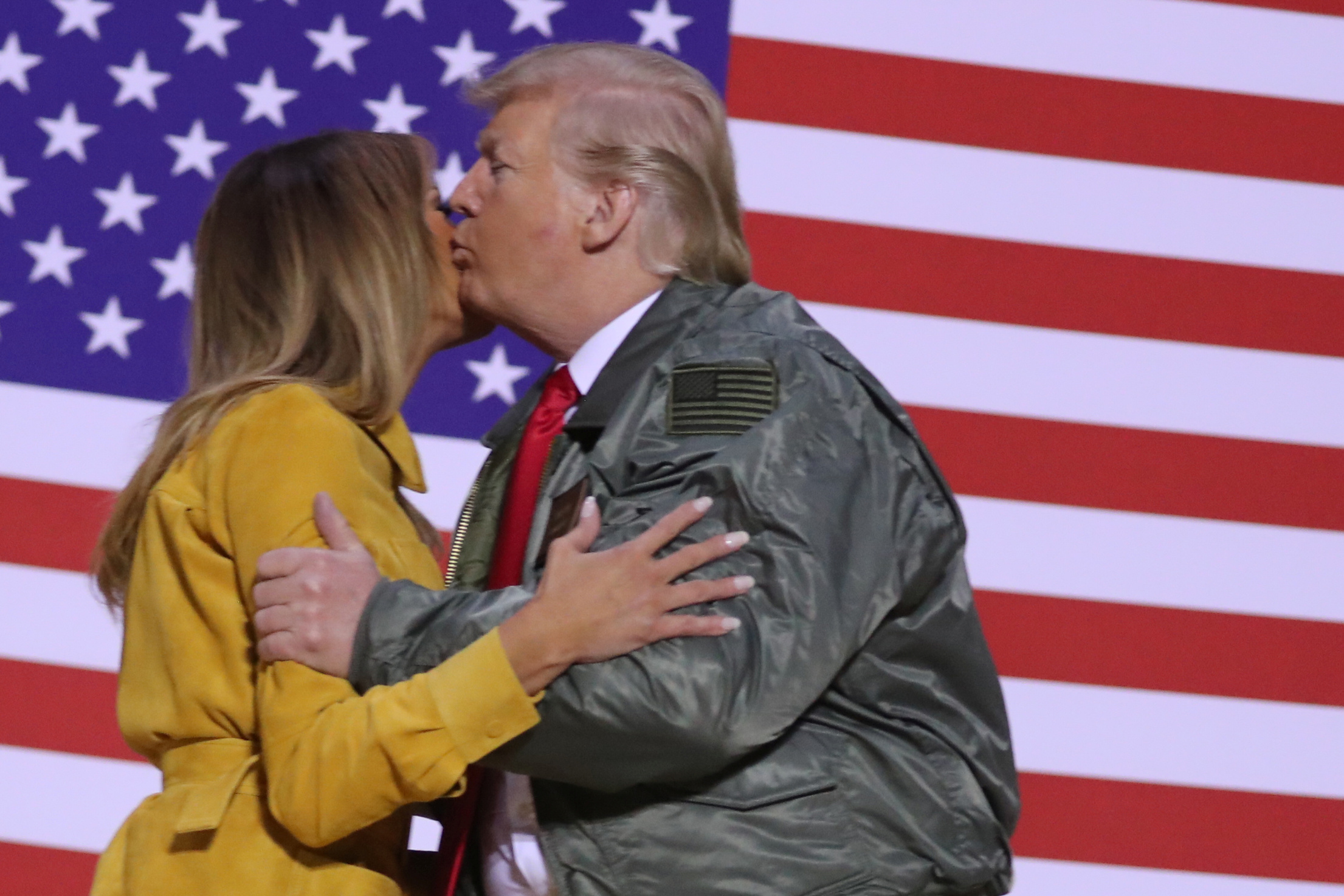 Trump’s surprise trip to Iraq marks his first voyage into a war zone since becoming commander in chief. The president and first lady spent hours after touching down greeting servicemen and taking photographs.

“We’re coming in and I know all of the things that are surrounding us for safety,” Trump said. “So did I have a concern? Yes, I had a concern.”