Headlines over the past few weeks have centered around the top priority for incoming Democratic House leadership: gun control. Reading these, one would think that members of the new House majority were elected with a mandate to make it harder for law-abiding citizens to purchase and possess firearms. A new Gallup poll shows that the Democrats’ rhetoric is far from reality.

This survey, released on Dec. 18, asks Americans to rank the top “problems” facing the country today. What’s at the bottom of the list: “gun control/guns.” Only 3 percent of respondents see that as the top priority. Which raises the question of why the incoming House leadership is so fixated on passing ineffective bills through the House aimed at the Second Amendment, when the voters care far more about immigration, race relations, poverty, healthcare, pollution, crime, the economy, jobs and other issues.

As we have covered here before, this survey is far from an outlier, and confirms the results of others before it.

If the new members wish to get reelected, hopefully they see the priorities of their voters before they waste their time passing bills that will get stuck in the Senate, and that would have no impact on crime or on any of Americans’ actual priorities. 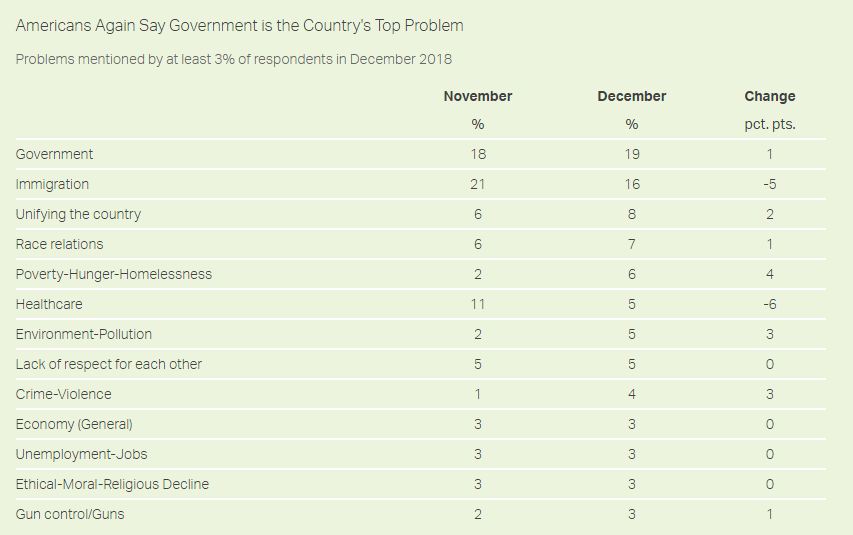