Multiple outlets attacked President Donald Trump on Wednesday night, asserting that he had revealed, in a tweeted video, the location and identities of members of a “covert” SEAL Team in Iraq.

Wondering where SEAL Team Five is? — pool report from Iraq: Trump also paused to take photos and selfies with many service members. At one point Kyu Lee, told Trump he was the chaplain for Seal Team Five. Lee recalled Trump telling him: “Hey, in that case, let’s take a picture.”

Others suggested that the White House had placed the SEAL Team at additional risk by failing to blur out the faces of the operators who were photographed, and claimed that troops had violated rules against “political gatherings” by asking the president to sign MAGA hats. 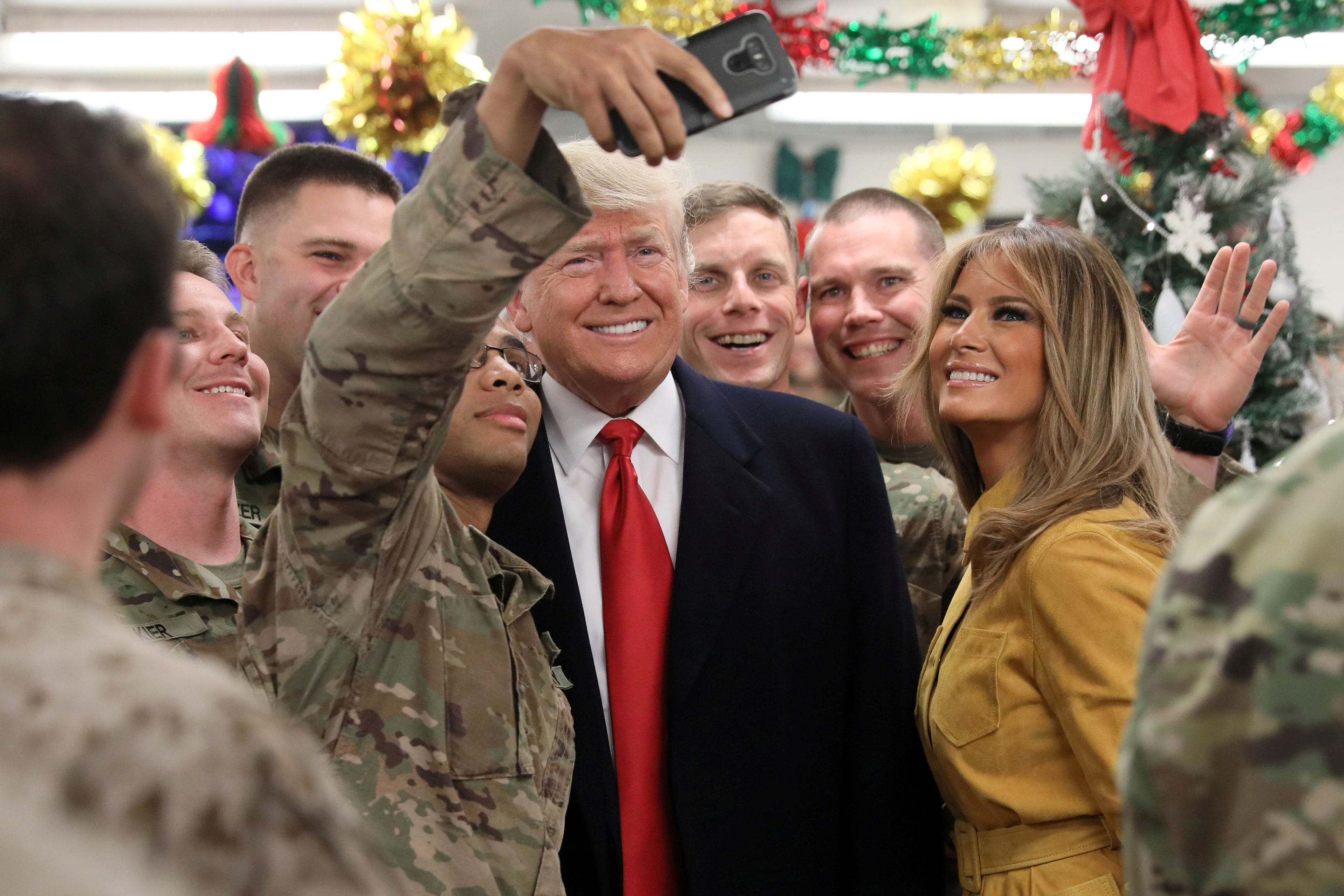 The offending video was posted by the president after his surprise visit with first lady Melania Trump to Al Asad Air Base on Dec. 26 — a visit that escaped the detection of NBC long enough for the outlet to publish a story claiming that Trump would be the “first president since 2002” who would fail to visit troops for Christmas. (RELATED: NBC Misfires On Article Slamming Trump For Not Visiting Troops)

.@FLOTUS Melania and I were honored to visit our incredible troops at Al Asad Air Base in Iraq. GOD BLESS THE U.S.A.! pic.twitter.com/rDlhITDvm1

But what media outlets and critics got wrong about the situation is striking. Many, including SEAL Team 6 member Robert O’Neill, took to Twitter to point out why that probably wasn’t the case.

If they are covert, @JimLaPorta do you really think they’d be at a photo op? https://t.co/k4VHISai6l

This is overwrought. It’s unusual to show these guys’ faces, but they are part of the “white” SOF advisory task force CJSOTF-I, not JSOC operators, and their mission is not “covert.” https://t.co/zMyJJZzpXi

A retired Navy SEAL told The Daily Caller on condition of anonymity that, based on the video alone, it was clear that those pictured were not currently involved in a covert operation. For one thing, they were too “clean-cut.”

“If they’re truly ‘downrange’ and involved in a covert op they would look different — you try to look native, don’t go out clean-shaven. When you’re in the Middle East, you got a beard. You grow your hair out. If you’re clean cut, you might as well put a ‘kill me’ stamp on your head.”

He also argued that a sitting president would never even be brought into a forward area during a “kinetic operation” in progress, as that would unnecessarily endanger the operators, the president and everyone else in the vicinity.

The fact that the team was relaxed, clean-shaven and taking photographs, he said, suggested that there was no such operation in progress for Trump to endanger. “This is a hot, steaming bowl of nothing,” he concluded.

Task and Purpose reported a similar line of thinking, arguing that if the SEAL Team were, in fact, involved in a covert operation, no one would know they were even there.

Simply belonging to a SEAL Team doesn’t make your every move “covert,” especially if you’re hanging out in the DFAC during the commander-in-chief’s visit.

All of this is to say that if SEAL Team 5 was deployed to Iraq on a covert mission, there’s no way in hell anyone, including conventional U.S. forces, would likely know they were there.

The SOCOM Public Affairs Office was unable to give an official comment on the situation.