Retiring Arizona Republican Senator Jeff Flake acknowledged in a Friday evening interview on CNN that he hasn’t yet ruled out running against President Donald Trump in 2020.

“There are others that seem more willing than I am. I’ve been doing this for 18 years now. It’s – it’s nice to look forward to a little break. But somebody does need to challenge the President,” Flake stated.

“Will you think about it, do you think? Will you consider it?” Acosta followed up.

Flake responded, “Like I said, I haven’t ruled it out, I’m a long way from there. But somebody needs to. I think that the country needs to be reminded what it means to be conservative, certainly on the Republican side, and what it means to be decent as well because we need a lot more of that in our politics.” 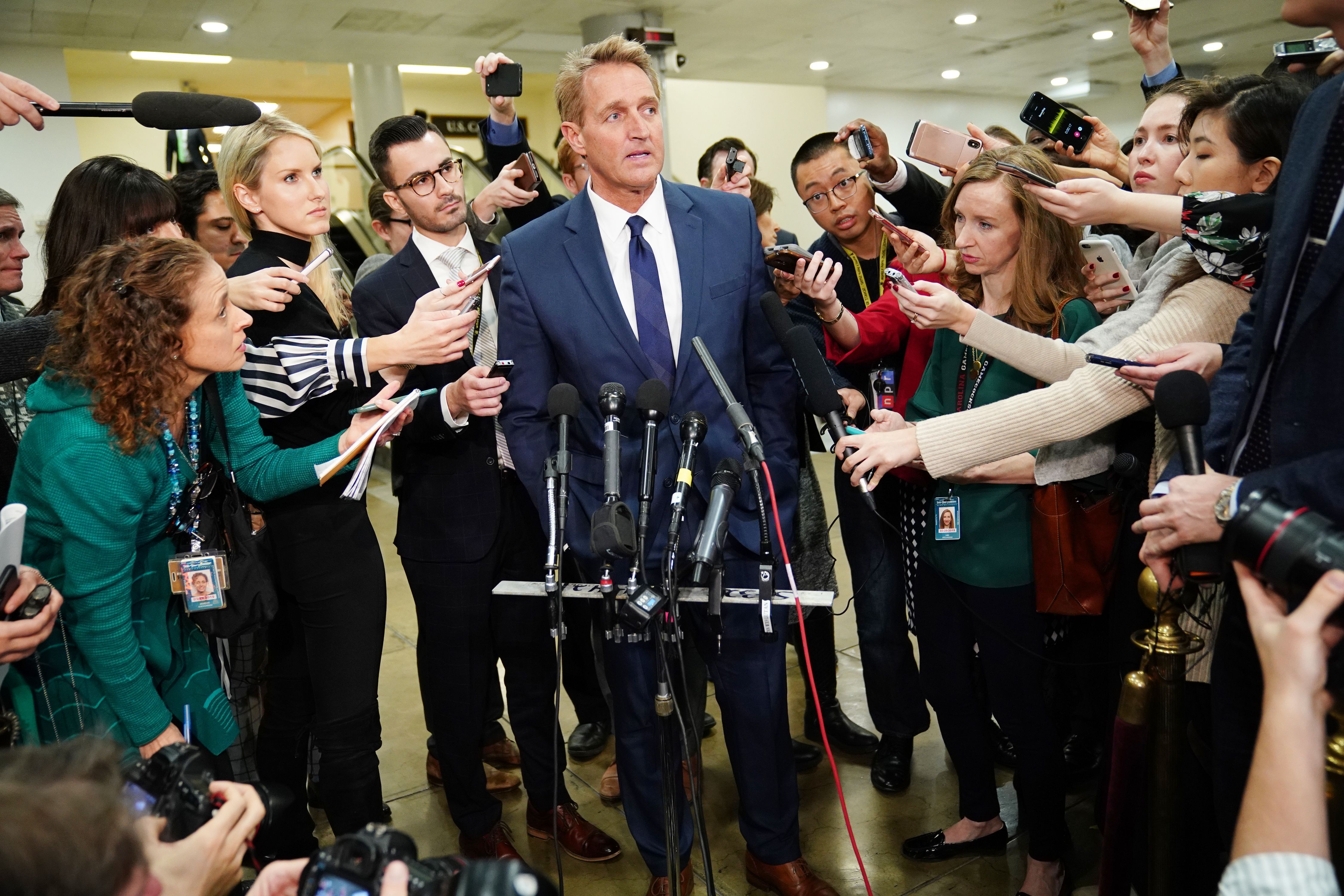 Senator Jeff Flake, R-AZ, speaks to reporters following a closed-door briefing on Saudi Arabia at the US Capitol in Washington, DC on November 28, 2018. (MANDEL NGAN/AFP/Getty Images)

Flake has long had an adversarial relationship with the president. Flake has denounced him repeatedly as deviating from his vision for the Republican party, while Trump has publicly rebuked him. (RELATED: Trump: ‘I Retired Jeff Flake)

Trump has also said he hopes Flake will run against him.

The Arizona Senator opted to retire instead of running for reelection last November. Back in August, when asked if he thought he could win a Republican primary for his seat, he said, “Not a chance today. That won’t always be the case, but it is today. This is the president’s party much to my consternation and I think the long-term detriment to the party. I hope that’s not always the case.”