Iraqi politicians including a Shia Muslim cleric whose followers have fought against the U.S. Army criticized President Donald Trump for keeping his Tuesday visit to Iraq a secret for security reasons.

Trump’s Christmas Day visit to the Assad Air Base demonstrated “U.S. disregard for other nations’ sovereignty,” a spokesman for cleric Muqtada al-Sadr’s said, according to the Los Angeles Times. Trump and first lady Melania Trump surprised troops at the base for his first trip to a war zone as president.

Several Iraqi politicians pushed for Iraq to expel U.S. forces because of the president, even though the U.S. has been fighting against the Islamic State alongside many Iraqi fighters.

Al-Sadr became an indelible part of the American consciousness after he compared Iraqi dictator Saddam Hussein to a “little serpent” and the U.S. to a “great serpent” during a 2003 “60 Minutes” interview.

Al-Sadr has no elected position, but he is the leader of the party with the most members in the Iraqi parliament. Cutting off U.S. influence in Iraq was a major platform for his party, according to the LA Times. 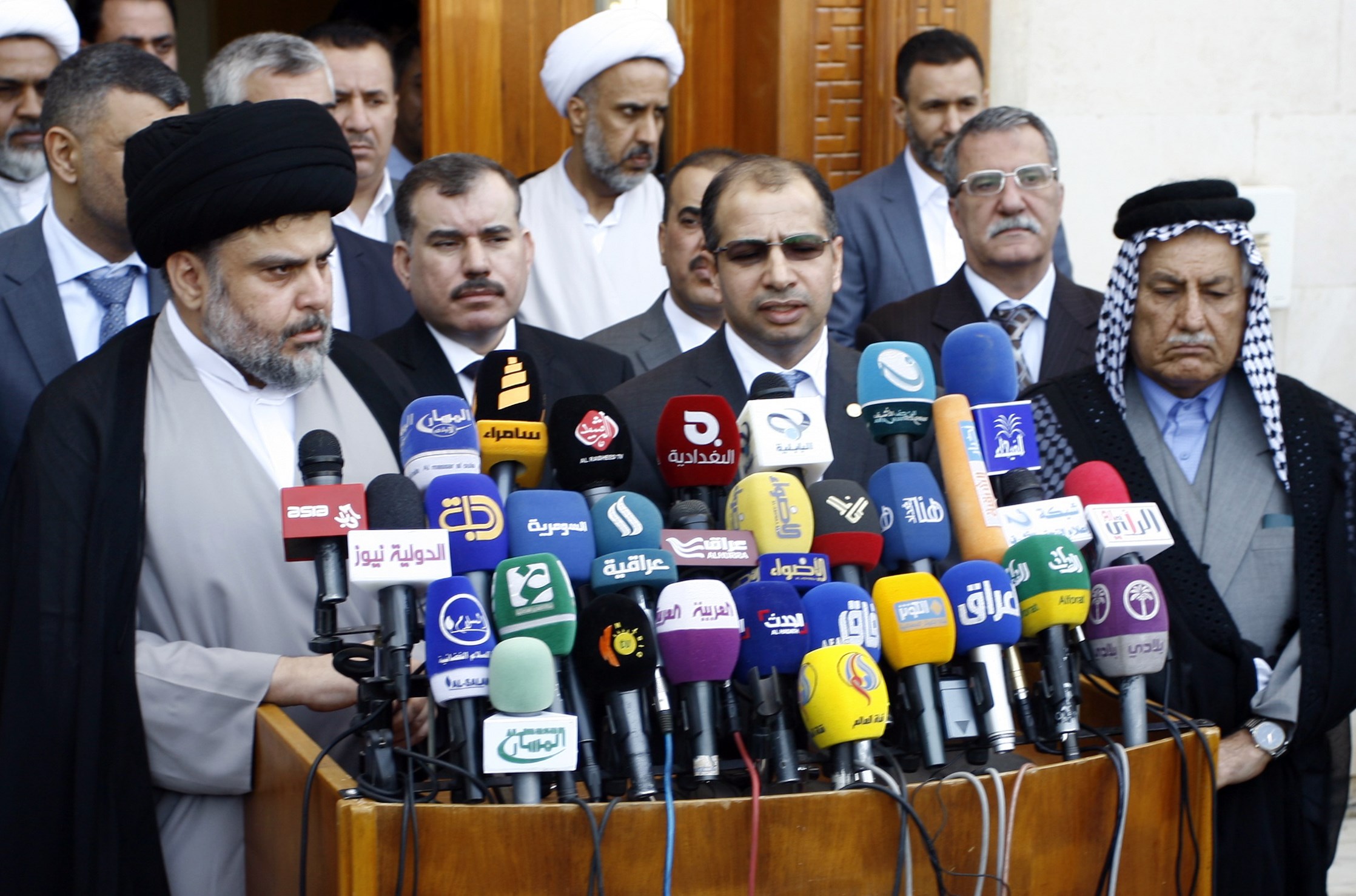 Iraqi Shiite cleric Moqtada al-Sadr (left) speaks to the press after a meeting with Salim al-Jabouri (second from right), the Parliament’s speaker, alongside other parliament Sunni members on April 5, 2015 in the holy city of Najaf. (HAIDAR HAMDANI/AFP/Getty Images)

Al-Sadr’s militia, the Mahdi Army, had numerous clashes with U.S. and coalition forces in Sadr City, a suburb of Baghdad named after one of Al-Sadr’s relatives. One of those clashes was an April 2004 ambush that left seven U.S. troops dead, reported CNN.

Trump did not meet with any Iraqi officials while he was in the country Wednesday, but he did hold a phone call with Prime Minister Adel Abdul Mahdi to discuss “developments after the U.S. president’s decision to withdraw from Syria,” according to the LA Times.

Approximately 5,000 U.S. troops have been stationed in Iraq since 2014 to fight ISIS, according to the LA Times.