A New Mexico state employee filed a class action lawsuit against a branch of the Communication Workers of America (CWA) over “forced” nonmember union dues, according to the National Right to Work Legal Defense Foundation (NRTW).

IT technician David McCutcheon filed a lawsuit against CWA Local 7076 on Dec. 20. McCutcheon and the NRTW, which is representing McCutcheon, allege that the union violated federal law by restricting non-union members’ chance to opt out of paying “agency fees,” dues paid by non-members, according to NRTW. (RELATED: Public Sector Unions Are Facing A Cascade Of Lawsuits For Skimming Workers’ Wages)

In its June 27 decision in the case Janus v. AFSCME, the Supreme Court banned government employers from requiring workers to pay union agency fees as a condition of employment. The decision impacted roughly 5 million government workers across 22 states.

The case could potentially cost unions millions of dollars’ worth of revenue from nonunion members opting out of paying mandatory dues and union members taking advantage of their recently-secured right and quitting the union altogether. 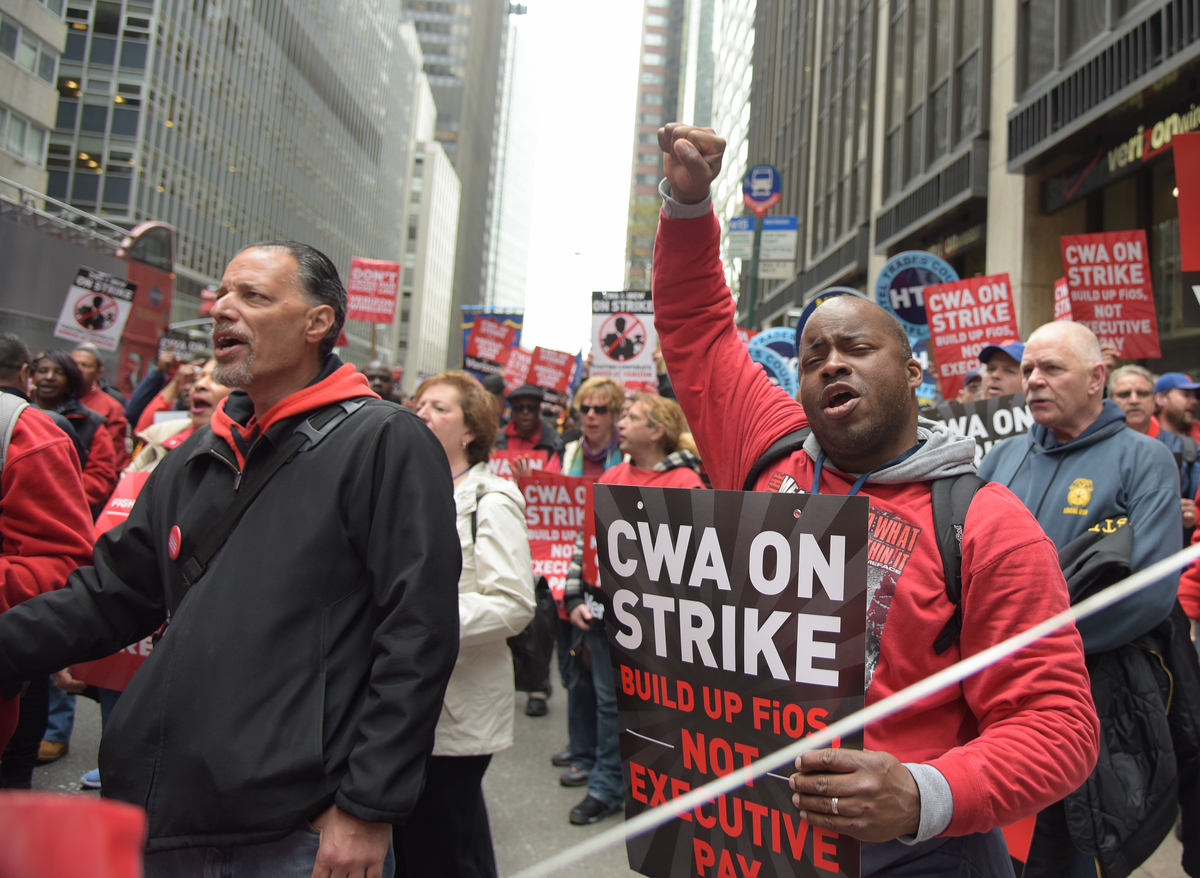 “Contrary to the wishes of New Mexico union bosses and their allies in state government, First Amendment rights cannot be limited to just a couple of weeks per year,” NRTW president Mark Mix said in a statement. “All civil servants should be able to exercise their rights to free speech and free association by cutting off union payments whenever they choose without interference by union officials.”

McCutcheon’s suit demands the union remove the time limit to opt out of union dues and pay back the agency fees.

The CWA did not respond to a request for comment.