NEW YORK — One of the five homeless individuals who attacked an NYPD officer at a New York City train station was identified as an illegal immigrant that New York City officials ignored federal immigration detainers on him, SiriusXM Patriot host David Webb revealed through a source on his program Friday morning.

“One of the suspects is Eliseo Alvarez Santos, one of the homeless men,” Webb said. “And just to give you a bit of his record, on Dec. 1, 2017, he was brought into Manhattan lock up [sic], and Eliseo is illegal, and an ICE detainer was issued on Dec. 25, 2017 — issued, but not honored. Again on Dec. 26, 2017 — again, not honored. In April of 2017, he was charged with forcible touching which was then knocked down to harassment.” (RELATED: NYC Council Passes ‘Abolish Ice’ Resolution) 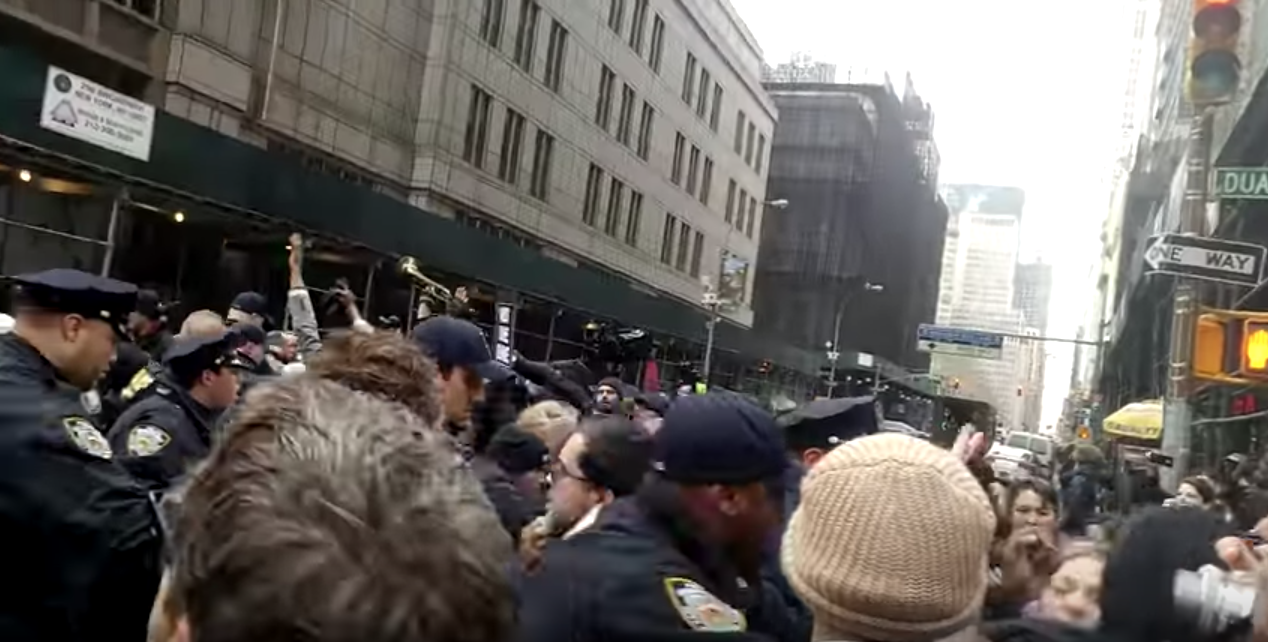 He added, “Again, the following policies are dictated by the mayor’s office — Bill de Blasio, his office. In April of 2018, a bench warrant was issued but the warrant did not show up until his arrest on Sunday of this year.”

The Daily Caller asked NYPD Commissioner James O’Neil Friday at a Mayor De Blasio press conference in Times Sq, why the NYPD did not comply with the detainer requests on Eliseo.

He added, “There is, as you know from coming to previous press conferences, they can be honored but there are some variables that – there are some rules that we need to follow, and that’s from a mayor’s executive order from 20 years ago.”

Three of the homeless men were criminally charged by the New York Police Department Thursday after allegedly attacking NYPD police officer Ali Sayed who confronted them at a Manhattan subway station.

The NYPD says Officer Ali helped a woman who was being harassed at the subway station Sunday night. The incident, which ended up with one of the men falling on to the tracks, was caught on video and went viral. (RELATED: NYC Further Restricts Police From Helping Ice Enforce The Law)

The NYPD officer seen in viral footage fighting off a group of men on a subway platform says he was “just trying to survive.”

Officer Syed Ali was honored Thursday by city officials for his ‘quick action.’ “It was a perfect outcome. Nobody got hurt.” https://t.co/KNaPgJBfsd pic.twitter.com/TVzDPmnD9T

CBS New York reported that all five suspects were brought in for a psychological evaluation and were initially cited for sleeping on the subway station’s floor, which is considered a violation of metro transit rules not a crime and hasn’t been prosecuted since 2016 when the city officials loosened up laws related to prosecuting low-level violations.