A Eureka, California Women’s March previously scheduled for January 19 has been cancelled because its previous “participants have been overwhelmingly white.”

“This decision was made after many conversations between local social-change organizers and supporters of the march,” said the organizers in a press release, according to KRCR News. 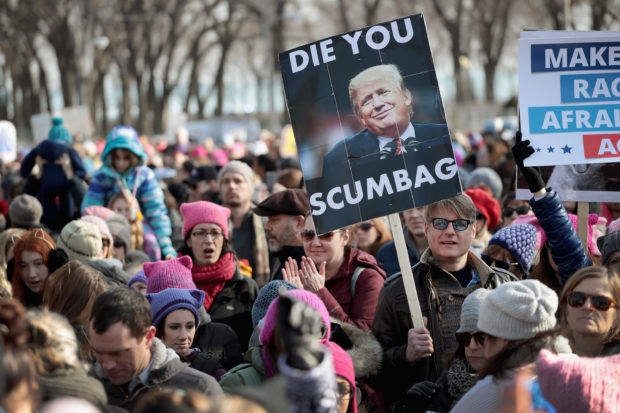 CHICAGO, IL – JANUARY 20: People rally downtown for the Second Annual Womens March on January 20, 2018 in Chicago, Illinois. The march was held to encourage women to fight for womens rights and social justice through political engagement. (Photo by Scott Olson/Getty Images)

Instead, organizers plan to “take time for more outreach,” explained the press release:

Up to this point, the participants have been overwhelmingly white, lacking representation from several perspectives in our community. Instead of pushing forward with crucial voices absent, the organizing team will take time for more outreach. Our goal is that planning will continue and we will be successful in creating an event that will build power and community engagement through connection between women that seek to improve the lives of all in our community.

One option reportedly could include a march in honor of International Women’s Day. (RELATED: Linda Sarsour Is Too Radical For The Women’s March)

Earlier this week, the group’s Chicago chapter decided to cancel a rally they had previously scheduled for January 19 amid reports of anti-Semitism in the organization’s leadership.