An “angel” father contended Sunday that Democratic politicians like Chuck Schumer and Nancy Pelosi will only “understand what’s happening to us” if “one of their loved ones [is] murdered by an illegal alien.”

Fight Sanctuary State co-founder Don Rosenberg, whose son Drew was killed by an illegal alien driver who ran over him repeatedly while trying to flee the scene, made the comments on Sunday Morning’s edition of “Fox & Friends.” He then doubled down on his assertion after being challenged by host Ed Henry.

“Well, we just relive what happened, you know, to our loved ones,” Rosenberg said, referring to the death of California police Cpl. Ronil Singh. “It’s just another stab in the back, particularly in California by our government that doesn’t give a damn about our families.” 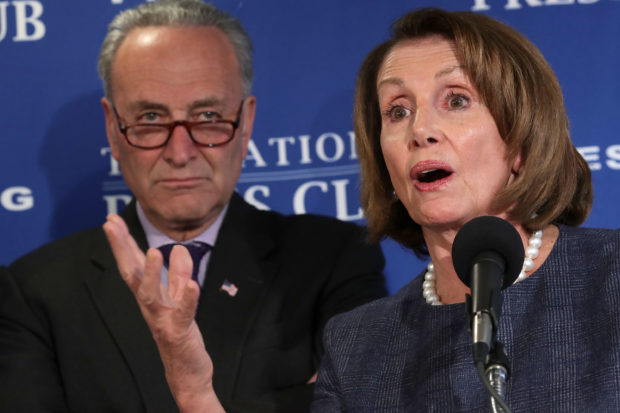 “And I don’t say that being vindictive,” Rosenberg added. “I just hope that maybe if it happens to them they’ll change their ways and stop worrying about their political careers.”

Giving deference to Rosenberg’s overall point, Henry tried to clarify that “none of us” are “rooting” for crime to happen to anyone. (RELATED: Tucker Carlson: America’s Elites Want ‘Immigration Without Limit’)

“With all due respect we certainly don’t wish that that crime happens to anyone, you know, whether it’s Pelosi, Schumer or another father like you,” said Henry. “I understand your opinion but I want to be clear. None of us are rooting for that. But I understand your point. And please tell me a little more — go ahead. I don’t want to interrupt you but I also don’t want to wish that to happen to anyone.”

But Rosenberg was having none of it:

“I am rooting for that to happen to them,” he pressed. “Not because I’m vindictive. They don’t care about us. They don’t care that their policies and their laws are killing people. And maybe if it happens to them it will stop the killing. I’ve done what I’ve been doing — I can’t bring my son back. What I’ve hoped all along is that my son’s death would save other lives, but it doesn’t. They don’t care. So it’s time for them to experience the same thing.”

1
Ilhan Omar Calls For The 'Dismantling' Of US Economy, Political System
Politics
2
Ben Shapiro Steps Down As The Daily Wire's Editor-In-Chief
Media
3
'Well That Was Quite The Mic Drop': Harris Faulkner Reacts After Kayleigh McEnany Scolds Reporters
Media
4
Police Fatally Shot A Man In A Parked Car After They Say He Raised A Gun To Officers
US
5
JONES: I Am Black And I Am A Democrat. But 'I Ain't' Voting For Joe Biden This November
Opinion