Facebook ruled this weekend that a post dedicated to Officer Ronil Singh, who lost his life in the line of duty, was in violation of its community standards.

Officer Singh pulled over Gustavo Perez Arriaga, 32, early Wednesday morning under the suspicion that Arriaga was driving under the influence. Arriaga, who was in the country illegally with two prior DUIs, allegedly shot and killed Officer Singh, who is survived by a wife and a baby. 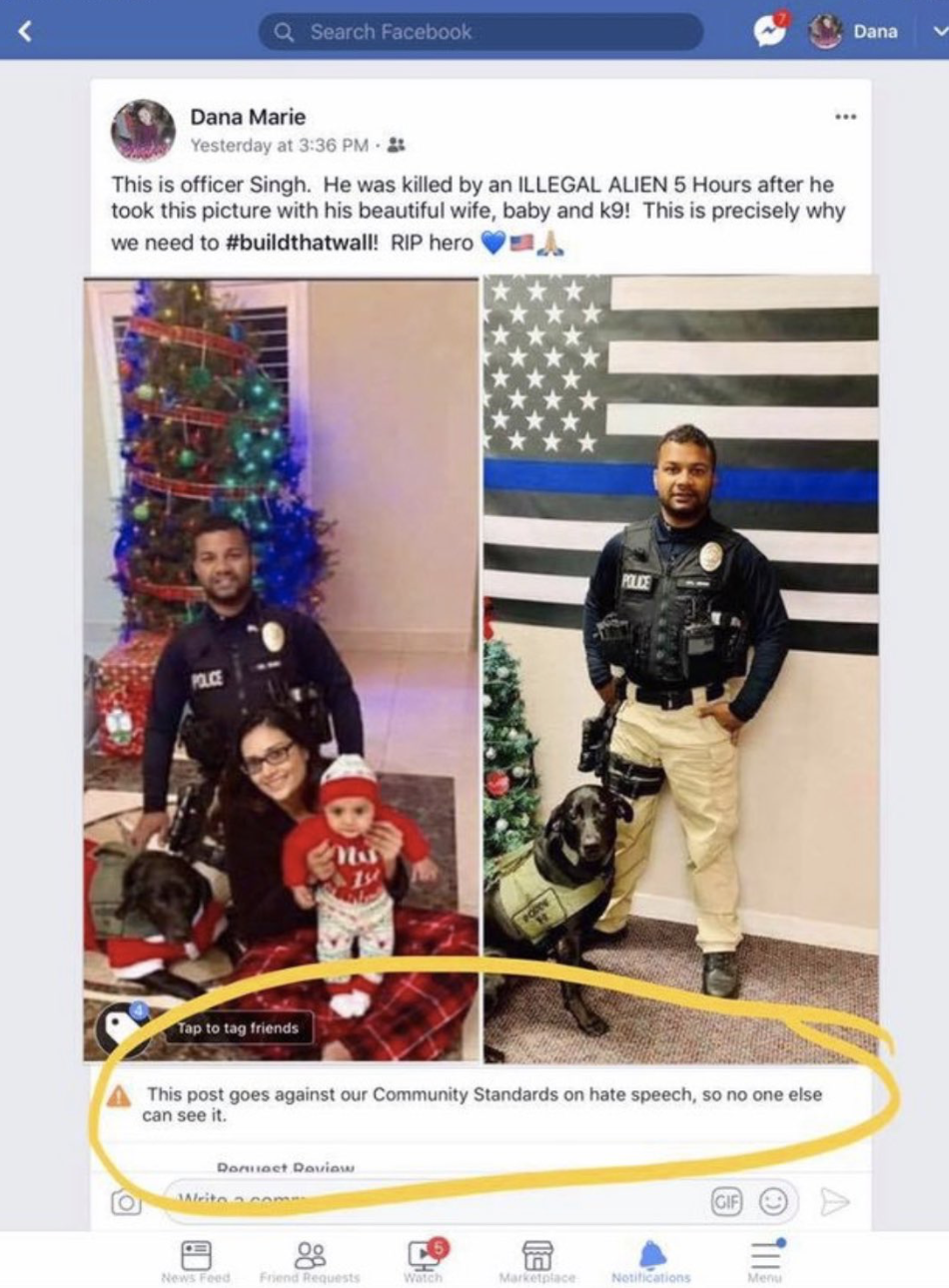 A post dedicated to honoring Singh also expressed the user’s desire for President Donald Trump and Congress to build a wall along the country’s southern border.

The post on Facebook read, “This is [O]fficer Singh. He was killed by an ILLEGAL Alien 5 Hours after he took this picture with his beautiful wife, baby and k9! This is precisely why we need to #buildthatwall! RIP hero.” (RELATED: Police Chief Randy Richardson Breaks Down In Tears Talking About Fallen Officer Ronil Singh)

Below the post it says, “This post goes against our Community Standards on hate speech, so no one else can see it,” which is a message from the platform to the user.

In response to backlash, Facebook later changed that ruling. “The post does not break our Community Standards and it has been restored,” a Facebook representative told The Daily Caller. “We apologize for any inconvenience this may have caused.”

The social media platform received negative attention this weekend for suspending evangelist leader Franklin Graham. Graham was reportedly showing his support for North Carolina’s HB2 — a bill, which would require individuals to use the bathroom that corresponds with their biological sex back in 2016, which led to the incidental ban. (RELATED: Facebook Apologizes For Banning Franklin Graham)