California’s largest utility could face murder charges or manslaughter charges if found responsible for sparking recent, deadly wildfires around the state, according to the state attorney general.

The Camp Fire torched roughly 150,000 acres north of Sacramento in November. It killed at least 86 people and is California’s deadliest wildfire on record, according to California’s state fire agency. The fire destroyed nearly 19,000 structures. The cause of the fire is still under investigation, but early reports suggest the disaster began with a broken PG&E transmission line.

PG&E has acknowledged that its equipment may have started the Camp Fire, and U.S. District Judge William Alsup ordered the utility on Nov. 27 to investigate whether its equipment was responsible.

The financial pressure on the California utility has increased as more deadly wildfires caused by the company burn parts of the state. The costs of the fires are also being passed on to PG&E ratepayers after outgoing Democratic Gov. Jerry Brown signed legislation allowing the utility to increase power costs to cover expenses from wildfires. 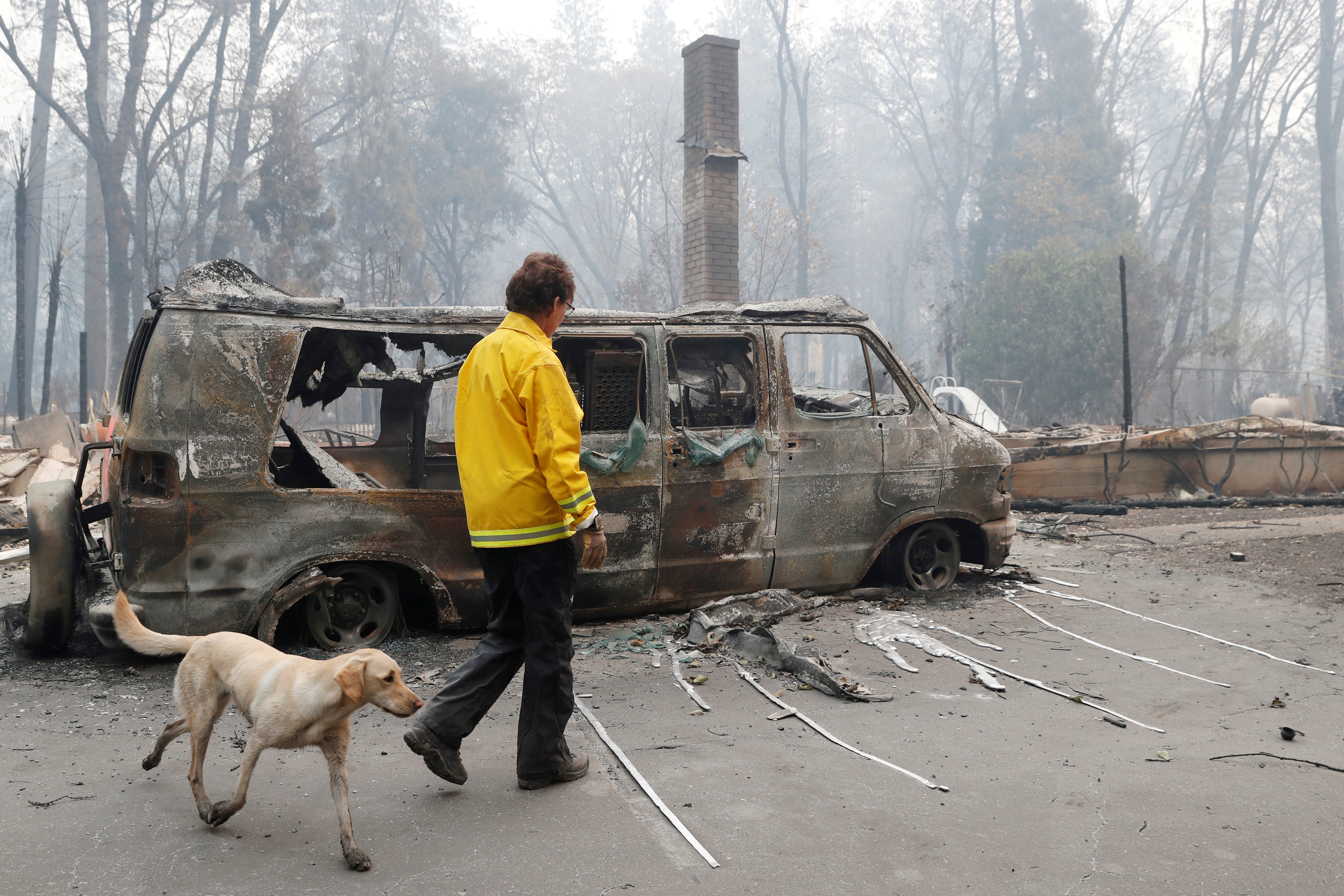 Karen Atkinson, of Marin, searches for human remains with her cadaver dog, Echo, in a neighborhood destroyed by the Camp Fire in Paradise, California, U.S., Nov. 14, 2018. REUTERS/Terray Sylvester

The insurance costs of damage done by the Camp and Woolsey Fires, which burned in California at roughly the same time, are estimated to range around $8.6 billion, according to the financial services company CoreLogic.

California investigators found that PG&E equipment caused 12 of 15 major wildfires that hit the state in 2017. Environmentalists blame increasing temperatures from climate change for the fires while President Donald Trump and Republicans call for better land management to reduce the risk of disaster.

In addition to PG&E, Brown has taken heat for vetoing a 2016 bill that aimed at mitigating risk from utilities sparking wildfires.