CEO Tim Cook blamed slow iPhone sales over the holiday on China’s recent economic downturn. Most of the unforeseen drop in sales revenue is a result of economic deceleration in “Greater China,” he said in an earnings call.

“While we anticipated some challenges in key emerging markets, we did not foresee the magnitude of the economic deceleration, particularly in Greater China,” Cook noted. “In fact, most of our revenue shortfall to our guidance, and over 100 percent of our year-over-year worldwide revenue decline, occurred in Greater China across iPhone, Mac and iPad.”

The Silicon Valley company expects revenue of around $84 billion, rather than the $89 billion to $93 billion it was expecting before Christmas. Stocks fell 7.5 percent after hours trading continued. Cook noted that the ongoing trade war between U.S. President Donald Trump and China is partially to blame.

“The trade tensions between the United States and China put additional pressure on their economy,” Cook said, noting also that he has not noticed if the Chinese government has targeted the U.S. cell phone provider. He said the company was performing strongly outside of the communist nation. 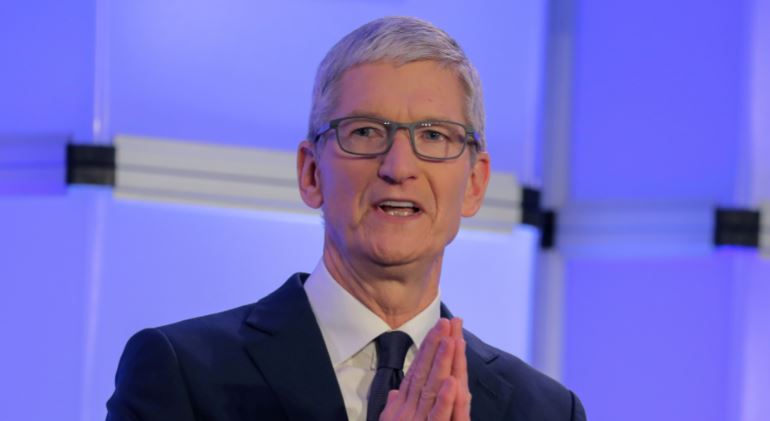 Apple’s earnings warning comes amid reports that China’s manufacturing sector is stumbling. The country’s manufacturing purchasing managers index (PMI) stumbled to 49.4 in December from 50.0 a month before. The low number also comes as U.S. trade officials work to keep Trump from wavering on his protectionist policies.

China is doing everything it can to forestall the downturn, according to some media reports. Chinese leaders are pledging more tax cuts while easing up on their battle against debt. Lawmakers are also allowing local governments to issue bonds to help boost employment and stimulus. (RELATED: China’s Manufacturing Takes A Dive As Trump’s Main Negotiator Pushes The POTUS To Stay The Course On Beijing)

Trump has hinted recently that the two sides are in the process of turning a corner. He reached a major agreement with Chinese President Xi Jinping during a Dec. 2 meeting ahead of a G-20 summit. The meeting temporarily staved off an escalating trade battle between the world’s two biggest economies.