A U.S. Marine died after being shot while on duty inside the Marine Barracks in Washington, D.C., the Marine Corps announced Tuesday in a press release.

Authorities from the Metropolitan Police Department responded to the incident, which is under investigation. The Marine’s name is being withheld until the next of kin is notified, the statement reads.

The fatal shooting was not self-inflicted, according to Marine Gunnery Sgt. John Jackson, but no other information is releasable at this time, Jackson told The Daily Caller News Foundation.

“The command’s priorities are to take care of the Marine’s family and friends,” Col. Don Tomich said. “We want to ensure these personnel are being provided for during this challenging time.”

The Marine was shot at 5 a.m. on Tuesday, and the Marine Corps declared there is no threat to local residents. 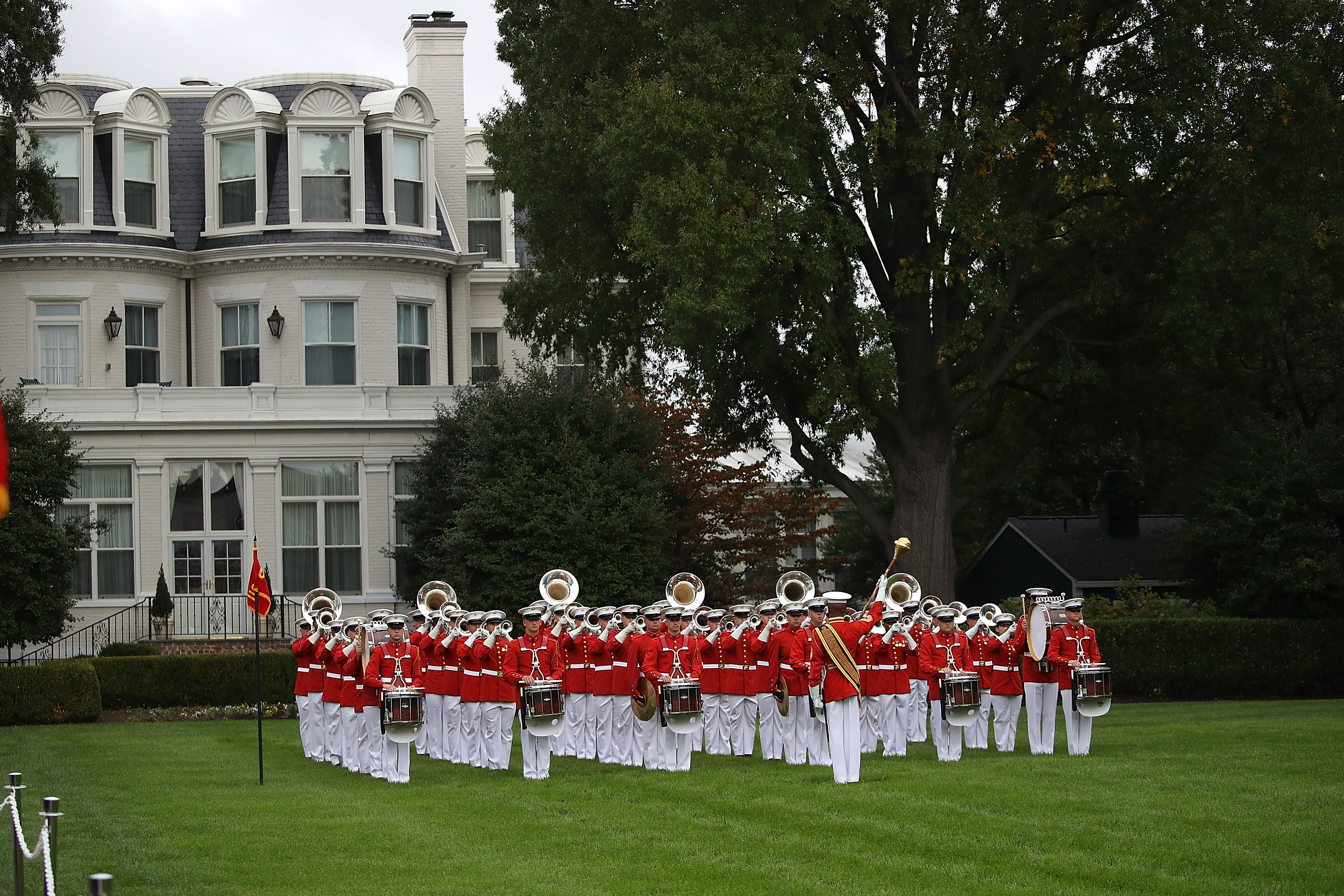 The US Marine Drum and Bugle Corp. plays during a ceremony to commemorate the anniversary of the 1983 bombing of the Marine barracks in Beirut, Lebanon, at the Marine barracks on October 23, 2017 in Washington, DC. (Photo by Mark Wilson/Getty Images)

Fox 5 DC reported the incident occurred during a shift exchange when weapons are supposed to be unloaded.

NEW: DC police source tells me Marine shot and killed at the barracks this morning appears to have been shot by accident. Happened during shift change when weapons are supposed to be unloaded before being passed to next shift. Appears that didn’t happen. @fox5dc

The Marine Barracks are located at the corner of 8th and I Streets in Southeast Washington, D.C., and make up the oldest active post in the Marine Corps, according to their website. (RELATED: Mattis’s Final Message To The Military)

Another Marine survived a self-inflicted gunshot in June at the barracks, and another was killed by a gunshot in 2013, Time reported.