U.S. Army recruiters are finding their jobs harder and harder as a booming economy and healthy job market draw away potential recruits, especially in the blue cities where the Army is shifting its focus.

“We want to go into Boston, Pittsburgh, Kansas City,” Maj. Gen. Frank Muth, head of Army Recruiting Command, told The New York Times. “These are places with a large number of youth who just don’t know what the military is about.”

So the Army is changing its recruitment strategy. It will have a “big push” in 22 cities, from Baltimore to Denver, as well as advertise on social media like Facebook and livestreaming platform Twitch, reported The New York Times. (RELATED: Iraqi Cleric Who Called US A ‘Great Serpent’ Is Mad He Didn’t Get Advance Notice Of Trump’s Christmas Visit)

Recruiters are playing up how the Army can set young people apart in the job market and help them pay for education. But with unemployment at a 49-year low, many potential recruits are able to envision viable careers for themselves without an assist from the Army.

The New York Times story focused on struggling recruiters in liberal, techie Seattle, where e-commerce giant Amazon is headquartered. The $15 an hour minimum wage for many employers in Seattle makes joining the Army seem less appealing than it does to potential recruits in the South and Texas. That’s where a disproportionate amount of recruits hail from. 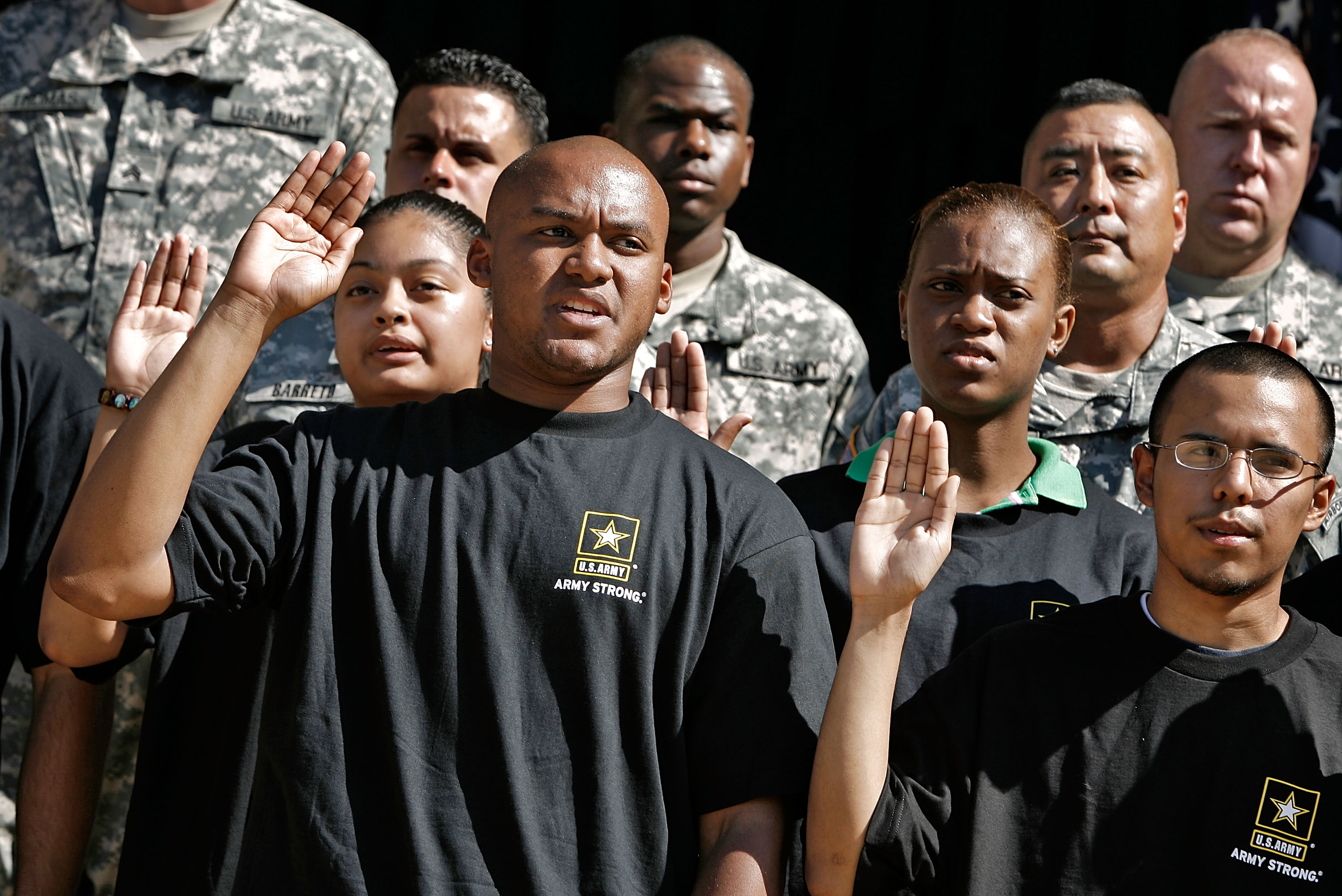 Eric Myers, 24, of Woodbridge, Virginia, (2nd L) joins 15 other new recruits, or “future soldiers,” in taking the oath to join the U.S. Army at the Pentagon July 1, 2008 in Arlington, Virginia. (Photo by Chip Somodevilla/Getty Images)

Even high school administrators try to make the Army recruiters’ jobs harder. Sometimes recruiters are greeted by protesters who bring up civilian deaths in Iraq and Afghanistan or military sexual assault.

“Legally, the high schools have to let us in, but a lot of times, they’ll just ignore our calls,” Sgt. First Class Jeremiah Vargas, chief of Seattle’s only recruiting station, told The New York Times. “A lot of schools don’t want us to talk to their kids. They want them to go to college, and see the military as a last resort.”

The recruitment difficulties have been ongoing and have caused U.S. Army Recruiting Command to experiment with forgiving past marijuana use and accepting more individuals who scored low on standard military exams.